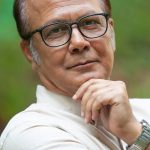 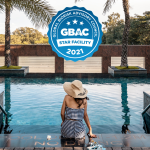 Hyatt Centric MG Road Bangalore has announced that it has achieved Global Biorisk Advisory Council® (GBAC) STAR™ accreditation, the gold standard for prepared facilities. Under the guidance of GBAC, a Division of ISSA, the worldwide cleaning industry association, Hyatt Centric MG Road Bangalore has implemented the most stringent protocols for cleaning, disinfection and infectious disease prevention in its facilities.

As the cleaning industry’s only outbreak prevention, response and recovery accreditation, GBAC STAR™ helps organizations establish protocols and procedures, offers expert-led training and assesses a facility’s readiness for biorisk situations. The program verifies that Hyatt Centric MG Road Bangalore implements best practices to prepare for, respond to and recover from outbreaks and pandemics. 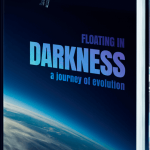 Discover how one man’s incredible journey carries a profoundly important message for all of humanity in the upcoming autobiographical allegory, Floating in Darkness: A Journey of Evolution, by Ron Garan.

As an Air Force fighter pilot, veteran of the first Persian Gulf War, and NASA astronaut, Garan has seen and experienced things only a select few ever will. Garan has experienced life through an array of settings and circumstances – from the fury of war, to the serene world beneath the ocean’s surface, and the stunningly beautiful, yet perilous realm of Earth orbit.

Throughout his outward journey through all these experiences and events, Ron found himself on an equally amazing and challenging journey through inner space, as he reflected upon the human condition, how we treat one another, the planet we all share, and the very nature and meaning of our existence.

The conclusion he reached is simple, yet world-shaking in its implications: We must evolve to a new, more compassionate, and higher consciousness – rooted in the truth that we are, as a human race, truly one. And it is only together that can we ensure our peace and prosperity, and the wellbeing of the Earth and all life on it.

Floating in Darkness: A Journey of Evolution, set for publication in May, is the first book to be published under New Epoch Publishing, a joint venture between Ron Garan and Something Or Other Publishing (soopllc.com), the mission of New Epoch Publishing is to create and introduce content that will help nudge the trajectory of our world toward a positive and restorative future. New Epoch will feature works by some of today’s most forward-thinking authors.

On this project, New Epoch and SOOP are partnering with Dundurn Press, one of Canada’s largest and most-respected publishers of adult and children’s fiction and non-fiction. Dundurn will provide distribution in Canada, as well as to bookstores in the US.

New Epoch will also soon publish Garan’s Railroad to the Moon, his first children’s book, which encapsulates his message in a format which budding readers can understand and enjoy.

Mr.Ravinder Singh Deswal received an award for appreciation for COVID-19 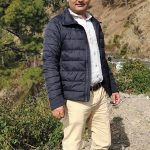 National Leader BJP Ravinder Singh Deswal has received an appreciation award for COVID-19 Corona Warriors from All India Anti Corruption Organisation and Indian Human Right Commission.
Mr Ravinder Singh Deswal said “It will be a proud movement for my team to receive an appreciation from renowned organisations. I will always ready to provide any kind of help needed for society“.

Kapil Rampal is the Managing Director of Ivory Education Pvt. Ltd. Kapil is a thought leader, influencer, visionary, and successful entrepreneur. Kapil provides the leadership and energy that has inspired the creation of Ivory Education Pvt. Ltd.. Kapil Rampal joins other leading Bestselling Authors, International Speakers & CEO’s and Founders taking part in our Leader Roundtable Interview Series. The DotCom Magazine editorial team is delighted to have Kapil join us for our Leader Roundtable Interview.

Let’s start by telling us about your business.

Q: Please tell us how you make sure your customers will become raving fans of your company?
We are extremely dedicated to our work and do everything to be there for our customers. Most of our customers keep coming to us again and again for more courses. We are their constant companion in their career.

Q: Please tell us the one thing that separates your business from the competition?
Our competition is from larger players like Coursera, Udemy, Unacademy and others that are well-funded and splurge a lot of money in sales. We invest more in customer engagement and excellent service.

Q: And to finish this section, Please tell us what is the one major key to your company’s success?
We love our customers. 🙂

Q: For our readers just starting to build a company, what advice can you give entrepreneurs just starting out with a new venture?
Starting a company is very easy and is becoming easier day-by-day. However, a business doesn’t run just on a big idea only but it runs on systems and processes. You need to be focused on achieving the bottomline and topline, while ensuring that your cashflow remains positive.

Q: For entrepreneurs seeking to build a business as successful as yours, what big piece of advice can you give them when times get a little challenging?
Challenging times are great for every entrepreneur. It brings out the best in them. There is no time for lethargy. You can relax and perish. To survive, you need to give in your best. If you survive this now then you will be sure to excel in your business in normal times.