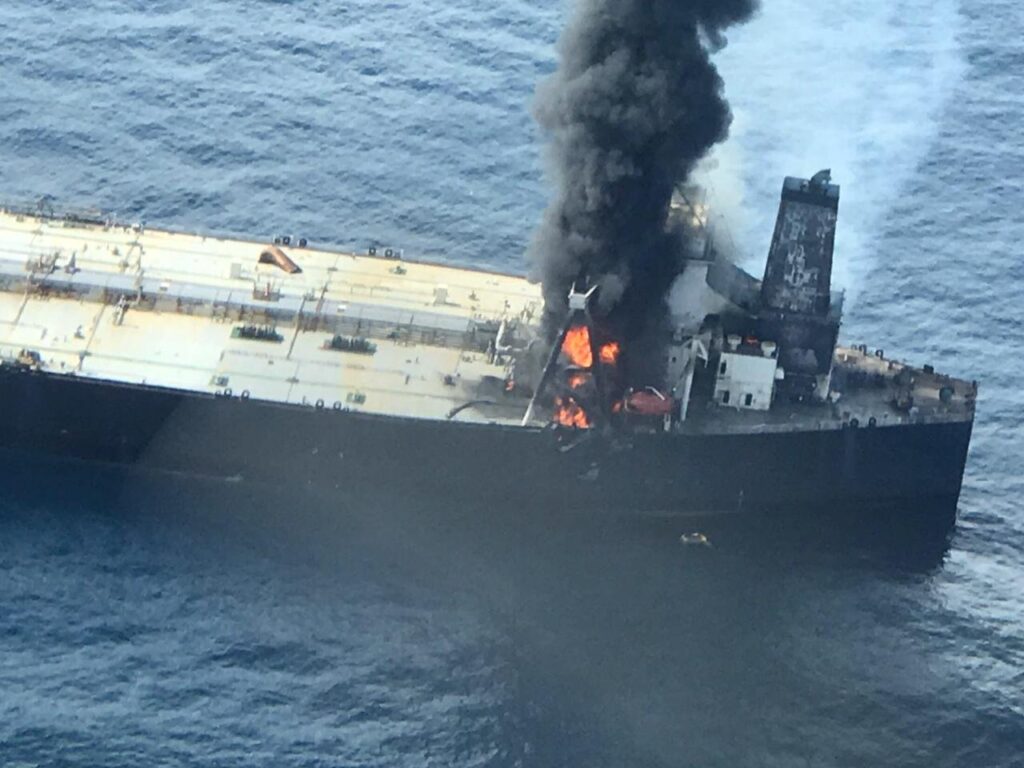 Colombo, a tanker vessel carrying crude oil from Kuwait took a massive fire near the east coast of Sri Lanka on Thursday after which 24 members of the shipping crew were missing and others injured. This information was given by a Navy spokesman. Sri Lankan Navy spokesman Capt. Indica Silva said that the Panama-registered tanker ‘ New Diamond ‘ was carrying 2, 70000 metric tonnes of crude oil from Kuwait to India. However, a fire took off in its engine room on the coast of Sangamankanda in the eastern district of Anpara. The spokesman said, at least four ships were dispatched for fire extinguishers and rescue operations.