TON’NERU MUSIC is the people’s music platform!  It is for the people, by the people and is launching its debut app 5/18/2022  that will make unreleased music by undiscovered artists from all genres available as a streaming radio service.

TON’NERU MUSIC  is an amazing, innovative, streaming radio app. The app helps undiscovered artists gain a platform to stream their unreleased music while selling their and music.

TON’NERU  MUSIC will feature different genres of music, provide artists with a platform to be heard while engaging its listening audiences with chat room for each artist..

TON’NERU MUSIC app is very simple and easy to navigate through. It enables artists and listeners to quickly react in a community that supports the journey and evolution of each artist. The chat feature is prominently displayed within each artist profile.

The app also gives each artist an opportunity to sell their music with one click of a button.  With an affordable price for artists to submit music and the listener to gain access, the TON’NERU MUSIC monthly subscription model ensures that demand meets supply.

TON’NERU MUSIC is the people’s platform, where all artists are collectively united in that singular vision of victory!

TON’NERU MUSIC Main goal is to take the power away from the Record Label & give the power to the artist, for the main goal of FREEDOM, In their music journey.

Once again, TON’NERU MUSIC app, is the new platform that gives each undiscovered artist a home, a tribe to belong to, and an army to help them go to war to successfully defeat the obstacles in their way to manifest their dreams of having the globe as the listener.

TON’NERU MUSIC was founded in march 2019, by a group of music industry professionals After witnessing the disadvantages that undiscovered artists had to endure while climbing the mountain with limited resources, the group found its purpose to change the industry, and start a service that catered to releasing music for undiscovered artists. The team  saw the void of a recognizable platform and  tribe for the undiscovered to rally behind.

TON’NERU MUSIC creates a streaming radio to help undiscovered artists build an audience with chat capabilities for each listener.

TON’NERU MUSIC app also has a team of members that each have unique views on the  future direction of the platform.

The mission of TON’NERU MUSIC is: The Platform For The People And By The People!

“CONNECTING THE WORLD THROUGH THE UNIVERSAL SOUND OF MUSIC”

Celiane the Voice has a message of love and transformation that transcends genres. 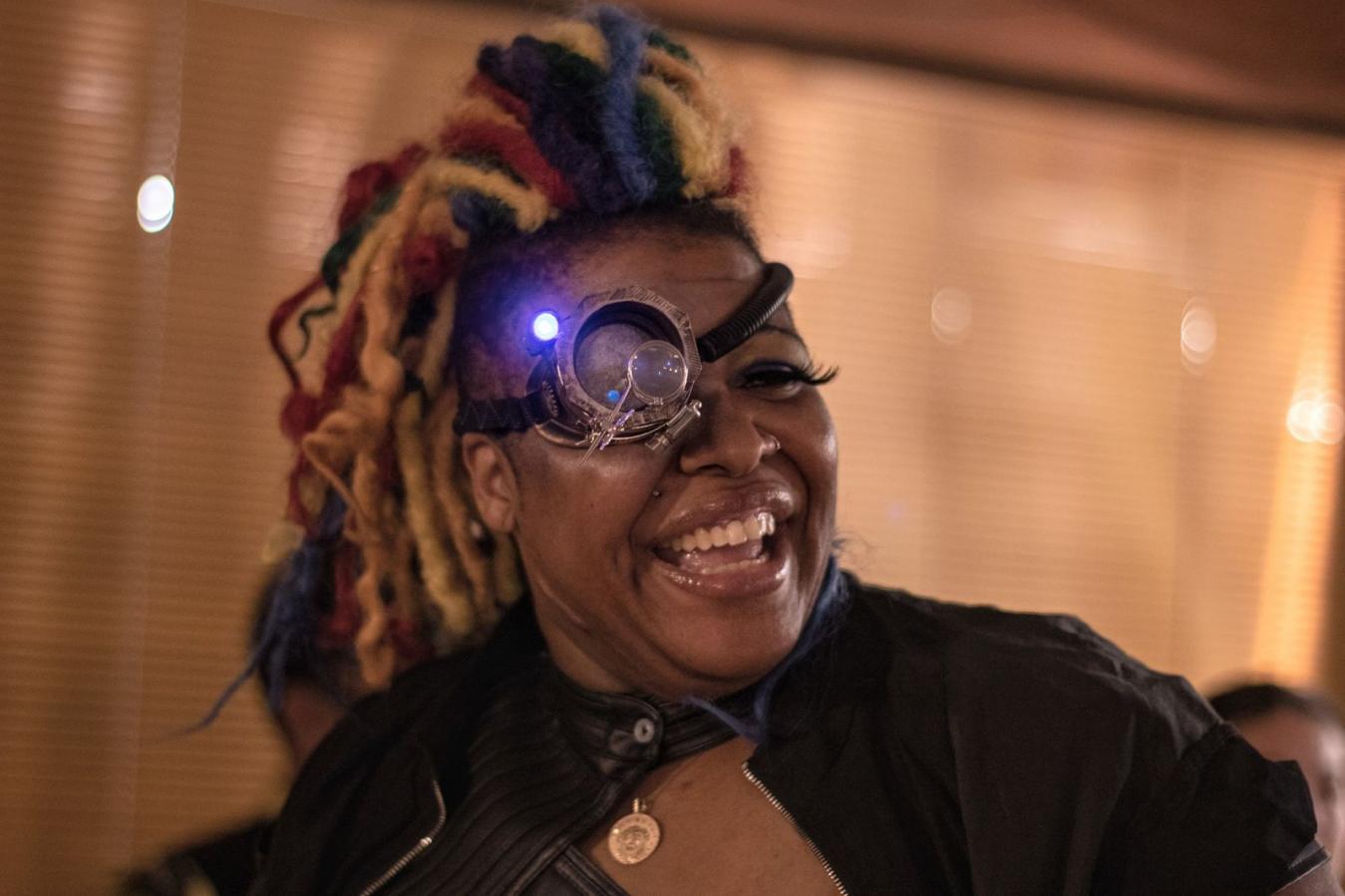 Celiane The Voice in her element

SAN DIEGO – April 10, 2022 – PRLog — Bay Area-based Indie Artist, Celiane the Voice, is a force to be reckoned with. Not only does she have an enigmatic, yet awe-inspiring stage presence, but her vocal range is enviable. Through an understanding of genre and technique, she is able to borrow from a spectrum of musical influences to create a sound that blends electronic music, hip hop, classical, and jazz to create the new and exciting fusion that has become the genera of Electronica Hip-Opera. The eclectic nature of her work allows her to redefine her listeners’ idea of what is possible through music in a traditional sense, and her talent allows her to set the bar high when it comes to her production value.

Celiane’s unapologetic approach to music is refreshing. She readily admits that she isn’t the typical age—or dress size—of today’s popular music acts, but she sees that as a good thing. “I represent women who don’t abide by the status quo. We like to color outside the lines and we redefine the rules on our own terms,” said Celiane the Voice. Her level of self-confidence is infectious, and her vocal prowess speaks for itself.

The music industry may not realize it yet—but Celiane the Voice is the singer that it never knew it needed. Celiane the Voice is in a class all by herself. Her vocals are powerful. Her lyrics are compelling, and her presence is mystical…ripped out of the pages of a thrilling sci-fi novel! There is something truly mystifying about an artist who is self-aware and liberated.

In the Spring of last year, Celiane the Voice, delighted her fans by dropping Inner Universe. Her inspiration from that project came from her adoration for comic book anime and animation creators. She has always had her sights set of otherwordly endeavors. Celiane the Voice utilizes her eclectic music style to explore a myriad of genres, including the fusion of hip hop and opera. This self-proclaimed, “Mother of HipHopera” continues to defy odds and transcend expectations in the music industry.

“I have always been one to take bold, yet calculated risks. I love to push boundaries and shatter glass ceilings. I understand that my style of artistry is not for every one—I’ve never been a cookie cutter artist—but that’s what my fans love about me! I’m unique, fierce, and I make my own rules,” said Celiane the Voice.

In Celiane’s universe, there is no such thing as status quo. She moves to the beat of her own drum, literally and figuratively. As a Black woman, she taps in to her ancestral roots to create rhythms that honor her African heritage as well as syncopated rhythms derived from her love of technology and anime. This omnitalent, known to her loyal fans as “Celiane the Voice”, raises the bar in the music industry! To learn more about Celiane, visit: www.celianethevoice.com | Connect with her on social media: Instagram @celianevoice, Twitter @celianethevoice.

Jeffrey H. Baer Pens a Music Romance Novel About an Unlikely Couple That May Only Be A Song Apart

The idol/fan romance has been well-received by readers, with one Amazon customer saying the book is more a human story than a love story.

Await the book display for A Song Apart by Jeffrey H. Baer at the LA Times Festival of Books 2022.

One needs not to be a (pop) music lover to enjoy reading A Song Apart by Jeffrey H. Baer. The music romance story revolves around 17-year-old rising singer Shannon Kistler and 19-year-old college student and aspiring singer/songwriter Kevin Derow.

A Song Apart starts when Shannon spots Kevin on a Manhattan street wearing her concert t-shirt. She offers gratitude in her own way, leaving her unlikeliest fan in shock. When the two teenagers meet a few days later, Shannon slips Kevin her phone number, and their unlikely friendship begins, eventually blooming into a romance.

They find out they have several things in common, such as facing challenges from their own sides. The public cannot take Shannon seriously as a recording artist, but she risks her sudden success by making some public mistakes after breaking into a soulless music industry with unusual ease. Meanwhile, Kevin earns the ire and jeers from family, friends, colleagues, coworkers, and even random strangers over the girl he idolizes. As if that werent enough, he unwittingly exposes a payola scheme devised by Shannons record label, threatening her career and possibly his own freedom.

Would their chance encounter lead to them making beautiful music together? Or would their love be torn apart by scandal and challenges from an unforgiving segment of society?

Read all about it in A Song Apart by Jeffrey H. Baer. Order a copy today on Amazon.

A Song Apart will be displayed by self-publishing and book marketing company ReadersMagnet at their exhibit at booth 208 for the 2022 Los Angeles Times Festival of Books on April 23-24, 2022, at the USC campus, Los Angeles, CA.

While writing fiction and songs for most of his life, Jeffrey H. Baer, who lives in Coney Island, was diagnosed with Aspergers Syndrome in 2002. He believes in encouraging others on the autism spectrum to discover and use their unique gifts whenever the opportunity presents itself. In addition to writing fiction, he sings, plays three instruments, and compose songs with software.

The songs are also now available on the Google Podcast Service.

Capehart Music Treasury songs are produced in the TVS Music Studios in Bakersfield, Reno, and Las Vegas. They are easy listening renditions of the top songs of the 20th Century.

Pamela McGee Wilkinson has been writing since the fourth grade when her mom complimented her on her writing skills contained in her 4-H camp letter to home. Later, in high school, the biography she penned about a classmate of hers, was singled out as the best example in the class. She became more prolific in the 80s when she started writing poetry. Then came newsletters, skits, lyrics for existing music, and articles for local newspapers. She lives in southern Utah USA, is the widow of Kenneth Wilkinson, mother of three and grandmother of eight.