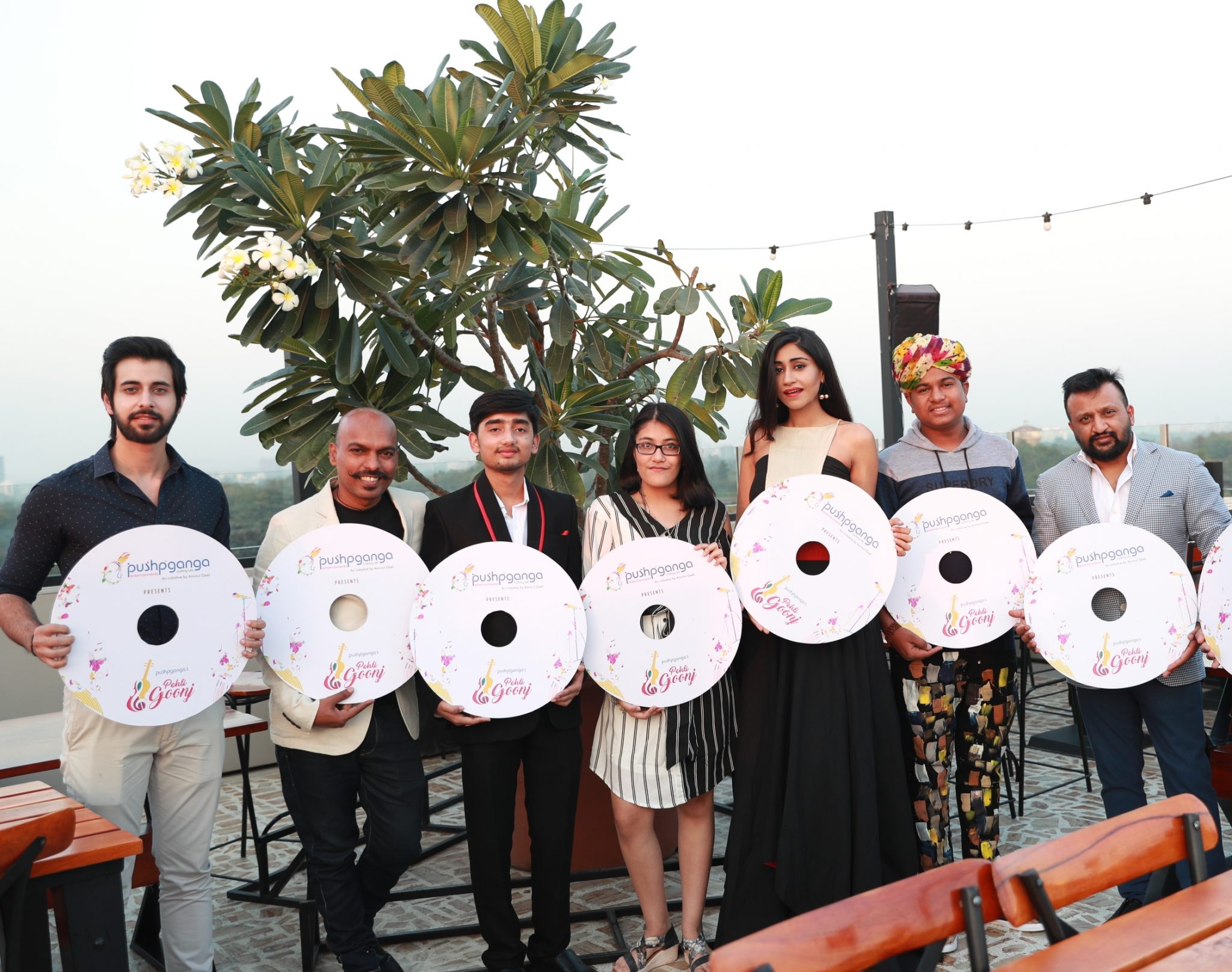 After establishing it’s name in the field of construction, Pune’s Pushpganga Ventures has made a foray into the world of music, with the launch of their maiden album, ‘Pehli Goonj’! What is admirable is that this album features young prodigals, two of who have won name and fame, with their success in the popular music reality shows on TV – Voice India Kids & Sa Re Ga Ma Pa Lil Champs.

“We are launching three youngsters who are outstanding singers. But they don’t have a platform to showcase their talent”, smiles Ammul Goel, MD, Pushpganga Ventures. “We have decided to create that platform for these gems, by first releasing their songs through this album. The next step would be to hold concerts across the country, in all major cities including – Pune, Mumbai, Bangalore, Lucknow, Hyderabad, Chennai, Delhi, Rajasthan, Gujarat, Goa, Nagpur, Chandigarh & Jaipur, and even abroad, where these youngsters can live their passion for music”.

AKSHATA SAMBYAL : hailing from Bangalore, she is a Voice India Kids contestant. Her melodious voice has already started making waves on screen, with her endearing number for the short film, Gunjaaish. Her dream is to sing for Bollywood.

PRASHANT SINGH KALHANS : Prashant has already wooed all of Lucknow, his hometown, with his powerpacked rendition of popular film songs. This budding talent is also aspiring to be a playback singer in Bollywood.

JASU KHAN MEER : This Bansuri loving teenager from Rajasthan, started learning music at the age of 5, and has already made a mark in the world of Indian television, with his popularity in both the shows – Voice India Kids & Sa Re Ga ma Pa Lil Champs.

Pehli Goonj, a Hindi album, has peppy numbers of different genres displaying a multitude of emotions – friendship, love, faithfulness and patriotism, penned by none other than Prashant Ingole (of Bajirao Mastani, Mary Kom, Race 2 and many more such films). Out of the 5 numbers in the album, the video of two songs was launched today – ‘Kuch Bhi Nahin’, which has music composed by Shreyas Puranik and ‘Yaara Teri Yaari’ for which Vikram Montrose has composed the music.

Pushpganga plans to release the video of this album on all radio, tv and online media.

These talented singers should be invited to perform at concerts, and also at private events, which will appeal to all age groups. The norm is to host shows of only popular playback singers. But if sponsors come forward to give these singers an opportunity, they will surely change the trend.

Launch of App : Swagliv
“That’s not all – we are not just picking youngsters from the TV. India is blessed with so much talent – but they don’t know whom to approach, where to go, and thus they can’t get to fulfill their dreams or come into the limelight. Therefore, we are now launching our app ‘Swagliv’, which is an online video sharing platform, where everyone in India will be able to showcase their talent – not just in music, but acting, mimicry, comedy, dance, RJ, MJ, VJ, and for all age groups. Through this they may even get opportunities to be a part of leading reality shows …. And earn the name and fame that they truly deserve”, concludes Ammul.

The app is ready to be launched next month. It’s a completely indigenously developed social video/audio/chatting platform. Of course, with technology, Swagliv will filter out fake users and make the platform credible and competitive.