Pankaj Tripathi feels that Hotstar Specials presents Criminal Justice: Behind Closed Doors will be an eye-opener for the country! 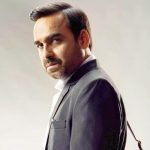 After the runaway success of Criminal Justice last year, Hotstar Specials is set to launch the next chapter in the franchise titled Criminal Justice: Behind Closed Doors. One of India’s most loved characters Madhav Mishra returns for what is deemed as the toughest case of his career. The prime accused Anu Chandra has confessed to stabbing her husband, an eminent lawyer – Bikram Chandra and is guilty in the eyes of law. While many believe it to be an open-and-shut case, Anu’s subsequent silence and unwillingness to defend herself begs the question – is there more to the case than what meets the eye?

The quote ‘Innocent Until Proven Guilty’ used in the series holds a very strong message that has kept audiences guessing. The 8-part courtroom drama series has been directed by Bollywood’s Rohan Sippy, Arjun Mukerjee, and written by Apurva Asrani. Criminal Justice: Behind Closed Doors is one of the few stories in India to showcase the life and ordeal of women in prison.

Speaking about his character, Actor Pankaj Tripathi said, “It’s heartening to know that Madhav Mishra made such an impression on audiences that the makers brought him back for the second chapter – I hope that I can live up to the expectations! What I love about this character is his humility and quirk that cuts through intense moments with such humor and grace. Criminal Justice: Behind Closed Doors is a gripping show from start to finish and I think will be an eye-opener for many.”

Actor Kirti Kulhari added, “Anu has been the most challenging character of my career till date. With relatively lesser portrayals of female-criminals on screen, I had to think about how I wanted this character to appear on-screen – even when the odds are against her, she does not lose her dignity and maintains a stoic silence. It’s a compelling story that will leave you guessing till the very end– It’s a great binge-watch!”

“…With enthusiasm I have translated the second part of Baba Summer, and I am convinced that you have found a very original genre form–an organic combination of a diary that grows into deep fictional prose, which, acquiring aesthetic tension, is suddenly crowned with poetic explosions. Literally, in front of the reader’s eyes, high literature is born out of fluid everyday life. By the way, you are here, perhaps unconsciously, connecting to the Russian tradition. Turgenev, in his speech about Pushkin, recalled: “Your poetry,” Merimee, a famous French poet of his era, is looking first of all, at truth, and then beauty in itself; our poets on the other hand take a completely opposite path, They are primarily concerned with effect, wit, brilliance, and if they have the opportunity not to offend plausibility, they will probably take this into the bargain. In Pushkin, he added, poetry miraculously blossoms, as it were, by itself from the most sober prose.” It is “the miracle of the birth of poetry from the most sober prose” that you, Judy, present to the readers in your book.” – Professor Yuri Lebedev, Emeritus, formerly Chair of the Literature Program at Kostroma University in Kostroma, Russia.

Baba Summer: Part Two is the second of four memoirs about Judy Hogan’s experiences with Russian writers and painters 1990-1996. She has published twelve Penny Weaver mystery novels. Grace: A China Diary, 1910-16, which she edited and annotated, was published by Wipf and Stock (2017), and seven volumes of poetry were published, including, Those Eternally Linked Lives (2018). Her papers and 40 years of diaries are in the Sallie Bingham Center for Women’s History and Culture, Duke University. She founded and edited Carolina Wren Press, 1976-1991. She has taught creative writing since 1974 and lives and farms in Moncure, N.C., where she works on environmental issues.

On that morning, Leona realized her boyfriend Mateo wasn’t coming back. And now her mother was gone too. Instead of warm scrambled eggs, on the breakfast table sat a note that read: “Don’t mistake this for me not loving you”.

With a little sister to look after and her entire world now vanished, Leona is left with questions and no answers, unbeknownst to the fact that Mateo cheated on her with a girl who’s now eager to start a friendship with her. Will Leona break in the face of temptation when she finds herself falling for a troubled nurse in Mateo’s absence?

Joseph Reilly began writing fiction when he was little, writing short stories for his younger sister Abby. Today Joseph is an alumnus of The New School’s Riggio Honor’s Writing & Democracy Program, has more than half a decade under his belt in the writing industry, and shares his love of writing and books with his wife Amanda on Staten Island.

Juliette Rose’s Dream of Becoming is a wish list of human traits, embodied by famous women in different fields, that make for an exemplary human being. She strives to grow up to have these qualities, but ultimately, she wants to accept herself as she becomes, with selflove and love for her family and the world community. The illustrations show each of these women, with a visual representation of the corresponding traits.

Susan L. Pollet lives in New York City, and is a proud mother, and grandmother, to Juliette Rose and William. This is her first children’s book. She created the text and illustrations. Susan has been an attorney for over forty years, primarily in the area of family law. She has published over sixty articles on varied legal topics, including family and criminal law. She is also a published author and artist. In 2019, her first novel was published by Adelaide Books entitled Lessons in Survival: All About Amos. She created the collage for the book cover. Her second and third novels were published by Adelaide Books in 2020, entitled Through Walter’s Lens, and Women in Crisis: Stories From The Edge. She painted the cover images for both of those books. Two of her short stories were published by Adelaide Literary Magazine in 2019 and 2020 in their literary award anthologies.

The Dirt Court follows Travis, a middle schooler, through the ups and downs of life in foster care. Throughout the story, he learns how to recognize and manage the damaging feelings that linger from his childhood. The Moorings, foster parents, are patient and give him time and space. We follow Travis as he makes mistakes, one that nearly ends his current placement with new friends and foster parents that love sports and Travis. He asks the Moorings if they will adopt him. But earlier wrongdoings while living with them make the judge leery. Everyone is on the edge of their seats, hoping that Travis can stay.

Johnny Bell is an educator and high school basketball coach. He has spent the past decade mentoring elementary-age children from various backgrounds. His early childhood was spent living on various military bases while his adolescent and adult life were spent in Gainesville, Florida. He graduated from the University of Florida for undergrad and later a Master’s degree in Education. Strong family, faith, passion for helping children, and enjoyment of sports are all equal forces inspiring the books he has written. He loves spending free time with his niece and nephew, and watching basketball. The Dirt Court is his second novel. His first novel Take the Shot was published by Adelaide Books in 2019.