SCI-FI YES, BUT SO MUCH MORE. 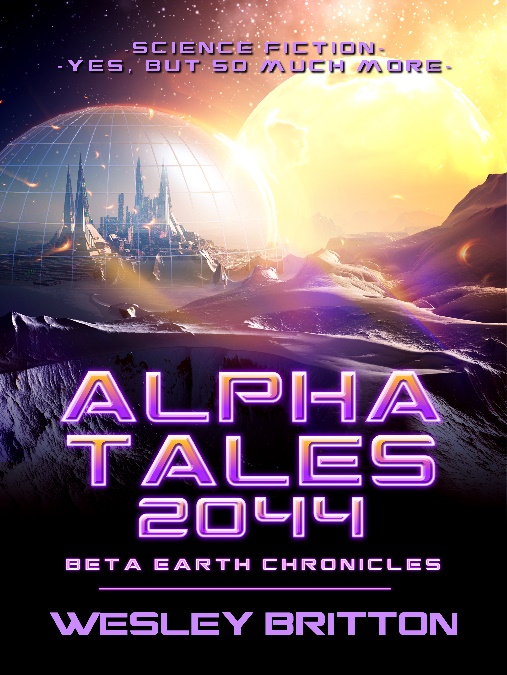 USA (Nov 26, 2018) – Alpha Tales 2044: Beta-Earth Chronicles, written by Dr. Wesley Britton, is all set to be released on December 9, 2018 in the Kindle edition. The Beta-Earth Chronicles revolves around three different Earths. One Earth is ruled by an ancient plague that enjoys killing three male babies out of four in their initial year. Another Earth serves as a home to humans that share feelings, thoughts and emotions amongst them. The last one runs 40 years ahead in the future, a planet that is wrecked by global warming and adversely affected by the biological weapons.

Alpha Tales 2044 is a Sci-Fi but is so much more than just a fictional story. The story starts from Beta Earth where there are two mutants, genetically enhanced, that are asked to recuperate some stolen secrets. These secrets are known to heal Plague-With-No-Name. on the other hand, on Alpha Earth, Captain Mary Carpenter invades White Supremacists whose desires are Texas purification after years and years of drastic climate changes and weaponized viruses.

Forty years in the future on Alpha Earth, Captain Mary Carpenter infiltrates White Supremacists who want Texas purification after decades of drastic climate changes and terrorist-created weaponized viruses. Captain Carpenter then joins a family of four aliens, two from Beta-earth, two from Serapin-earth. All four of these parallel earth visitors have the same father, The Blind Alien, who is the only man to travel across the multi-verse and live on all three earths. His children come to Alpha to tell us about other kinds of humanity on their home planets.

However, after the crippling, multiple devastations to Alpha, our descendents don’t want to hear about multiple deities and very different cultures from anything they’ve known. After being imprisoned in a secret city, the alien family escape into a First Nation sanctuary in the former British Columbia. Driven further into the Canadian wilderness, the tribe meet a pair of Sasquatch that change everything.

A cornucopia of surprising stories, Alpha Tales 2044 is science fiction written by Dr. Wesley Britton and published by Alien Vision. The tales include sci-fi, murder mysteries, social commentary and horror. The tales are full of adventure, unexpected twists, and will leave you awestruck!
Sold by Amazon Digital Service LLC, this is the seventh volume of the Beta-Earth chronicles series. The book is currently available to preorder and will be released on 9th December 2018.