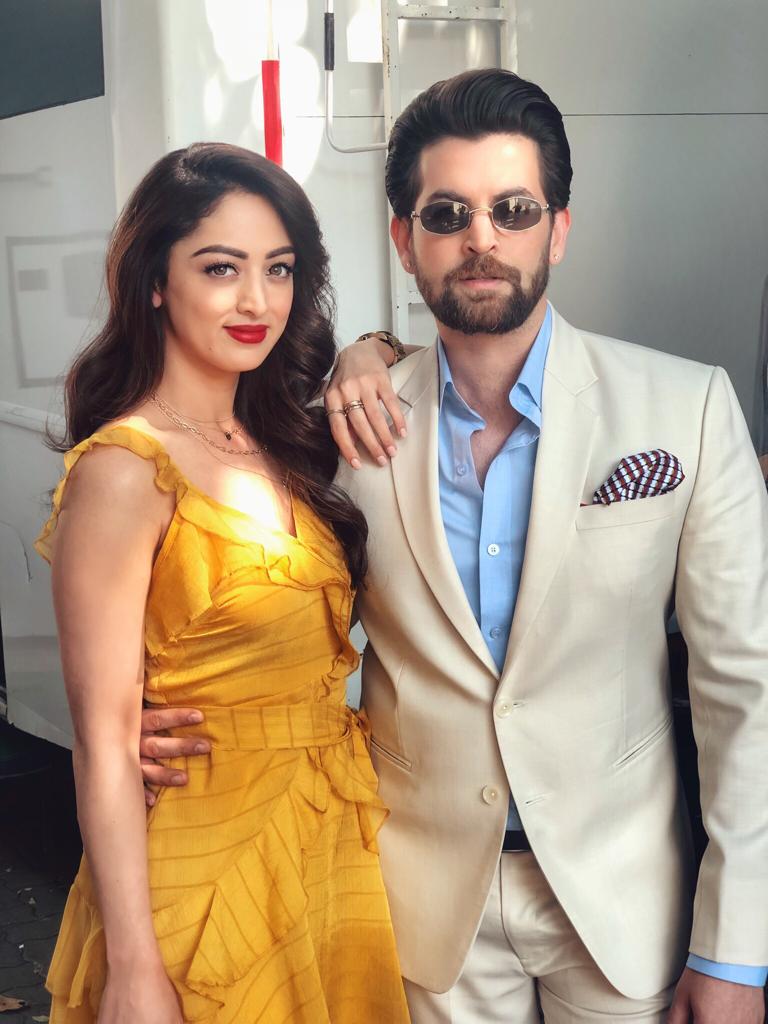 The gorgeous actress Sandeepa Dhar who has been part of movies like “Heropanti” and “Dabangg 2” is busy shooting for her upcoming Bollywood movie “Firrkie”. It is a thriller movie which also stars Neil Nitin Mukesh, Karan Singh Grover, and Kay Kay Menon.

Recently, Neil and Sandeepa were seen shooting at Ellora Studios, Mumbai. The actress looks stunning in a yellow summer dress while Neil looks dapper in a suit.
The actors are shooting for the final schedule of the movie right now.

“Firrkie” will release next summer.