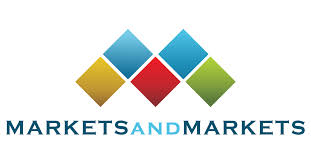 Early buyers will receive 10% customization on this report

“By vehicle type, passenger car is expected to hold the largest share of the Metal Forming Market for Automotive”
According to the Organisation Internationale des Constructeurs d’Automobiles (OICA), passenger cars accounted for 61.2% of the overall vehicle production in 2017. In 2017, according to OICA, the passenger car production in the Asia Oceania region was approximately 44.96 million units. Passenger cars have the highest application of formed components, more than that for light and heavy commercial vehicles. Owing to the increasing passenger car production, especially in the Asia Oceania region, and high applications of metal forming, passenger car segment is projected to share of the metal forming market, by vehicle type.
Ask for PDF Brochure @ https://www.marketsandmarkets.com/pdfdownload.asp?id=117844713
“Aluminum is expected to show the fastest growth over the forecast period, by material type”

The contribution of aluminum to the overall vehicle weight has grown substantially over the years. According to the ACC, the contribution of aluminum has increased from 7.8% of the total vehicle weight in 2005 to about 9.0% in 2012, and approximately 9.9% in 2015 for light weight vehicles in North America. Several automotive components are manufactured using aluminum. These include cross-car beam, front door, oil pan, rear door frame, and seat frame. Aluminum is rapidly replacing steel in many automotive applications like body in white and chassis. Its usage rate (%) for forming applications is higher in Europe and North America when compared with that in Asia Oceania. However, even with the low usage rate, Asia Oceania is the largest market for aluminum, owing to its huge vehicle production.

Know more about the Metal Forming Market for Automotive
https://www.marketsandmarkets.com/Market-Reports/metal-forming-market-117844713.html