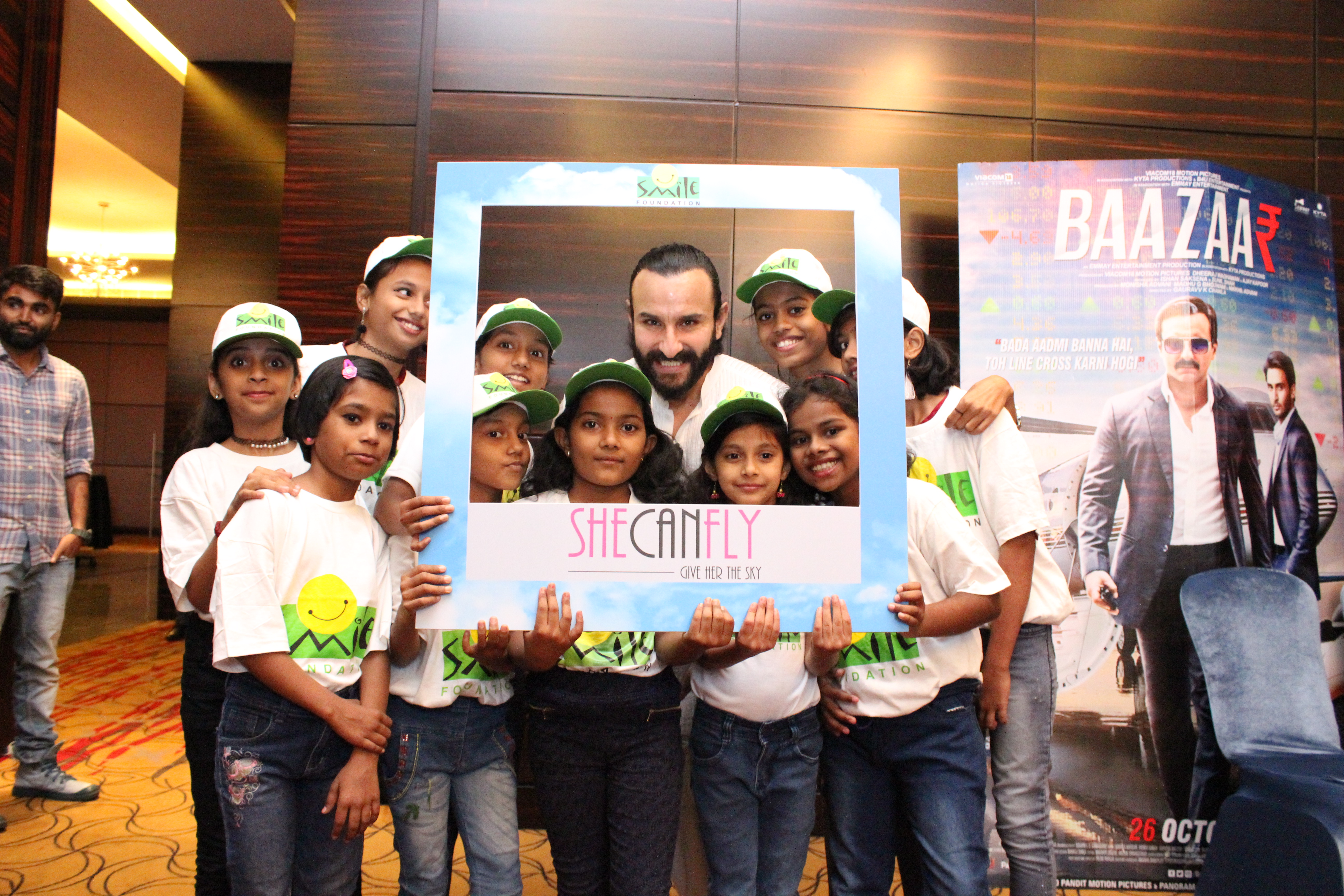 – Smile Foundation is the charity partner for Saif Ali Khan starrer “Bazaar” to be released on 26th October.

Mumbai, October 20th, 2018: In a one of its kind of attempt to understand and directly connect with the children of underprivileged sections of the society and to raise awareness on the subject of importance of Education – the upcoming crime drama thriller “Bazaar” has joined hands with Smile Foundation, a nation level development organization. Produced by Nikhil Advani and Directed by Gauravv K. Chawla, the star cast of “Bazaar”, Saif Ali Khan, Radhika Apte and Rohan Mehra visited Smile Foundation kids and spent fun time with them.

Under this partnership, Smile Foundation is going to be the charity partner of this movie and the movie will be supporting #MyMissionEducation, the flagship programme of Smile Foundation. The film has provided a wonderful platform to the underprivileged children to share a scene with the cast – Saif Ali Khan, Radhika Apte and Chitrangada Singh.

Speaking on this occasion, Mr. Santanu Mishra, Co-Founder and Executive Trustee, Smile Foundation said, “Smile Foundation believes in civic driven change, under which we continuously strive to sensitize the privileged mass of the country so that they come forward and participate in solving the social issues. It is needless to say that the association will create an impact on the interventions that we intend to create amongst the marginalized section of the society. I would like to thank the team of Bazaar for all their support.”

The kids were really excited to meet Saif Ali Khan, Radhika Apte and Rohan Mehra. One of the kids Jaya Chourasiya, said – “I was so excited meeting Saif Ali Khan and Radhika Apte. I have clicked so many pictures with them and will show it to my parents. Meeting them was a big surprise for me”.