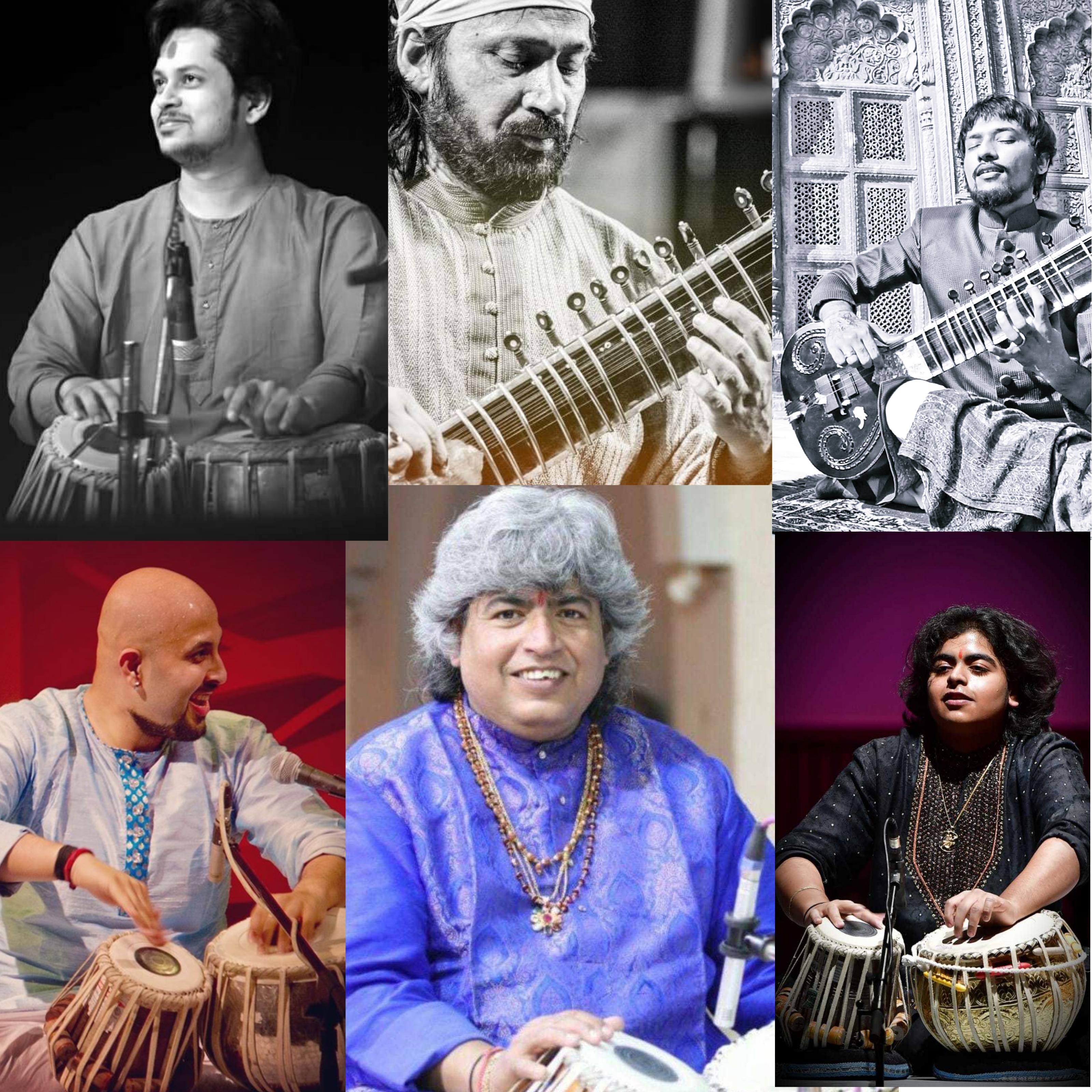 Jubilant Jugalbandis, the 11th Quarterly Baithak under the series ‘Legends of Tomorrow’ will be organised by Pracheen Kala Kendra on November 9, 6:30 pm onwards, at Triveni Kala Sangam. A dedication to the Indian classical music, the event will have Sitar – Tabla Jugalbandi by the brilliant sitar player Pt Manu Seen and Rishabh Seen. On Tabla, Pt Ram Kumar Mishra, one of the top ranking exponents of Tabla in India, will feature with his son Rahul Kumar Mishra

Pandit Manu Kumar Seen is a brilliant sitar player from Jalandhar, Punjab. Born into a family of musicians, he inherited his talents and abilities from his father and Guru, Sangeet Acharya Ustad Lacchman Singh Seen, a very renowned and legendary musician of the Punjab Gharana. His father instilled into him the deep spiritual nature of Indian Classical Music and opened his mind to the feelings and the meditative aspect of the various ragas.

Ram Kumar Mishra, on the other hand, started his Tabla ‘Talim’ from his mother Manorama Mishra, Daughter of Pt Anokhe Lal at the age of four. Ram Kumar has performed throughout the length and breadth of India as a solo artist and as an accompanist to almost all the top musicians. Following this performance, a Tabla jugalbandi between Anubrata Chatterjee and Shubh Maharaj will be presented. They will be accompanied on the harmonium by Rajendra Prasad Banerjee. Anubrata Chatterjee, son of the world-renowned tabla maestro Pt Anindo Chatterjee, was nurtured from a very tender age to be a tabla player. He had the rare fortune of being the youngest and last ‘Ganda-Bandh’ disciple of the great guru, Padmabhushan – Deshkottam Jnan Prakash Ghosh in 1992. Subsequently, Anubrata continued his training under the gifted tutelage of his father. Shubh Maharaj was as well born in a musical family of tabla maestro Pt Kishan Maharaj, who was his maternal grandson. From a very young age, Shubh used to thump mini tabla sets and hence in a small age of just one, his father devoted him in the feet of his maternal grandfather Pt Kishan Maharaj, the most perfect hands to show the correct path to the small tabla player. As the heritage passed on, Shubh formally became his grandfather’s ‘Ganda bandh Shaagrid’ in 1993 and joined the traditional family chain of Pt Kanthe Maharaj.