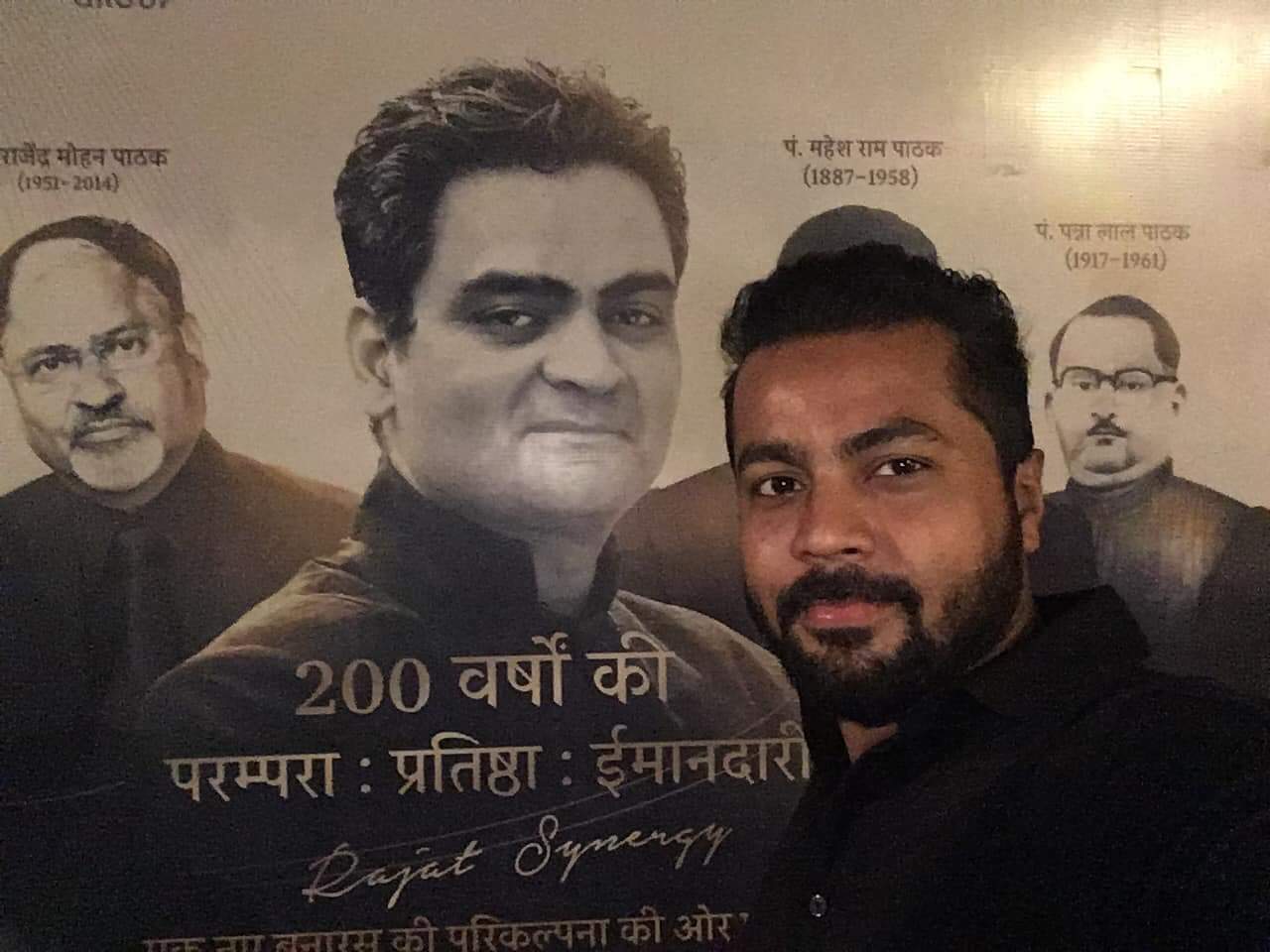 In the era of western influenced negative social media viral trend like #metoo, there is a social media viral trend emerging from the world’s oldest city of Varanasi which is witnessing it’s own #selfie_with_hoarding #selfiewithhoarding. On the auspicious occasion of Pitra Paksha ( a sacred month as per Hindu mythology to offering prayers to departed assistors ). A Varanasi / Kashi based very old business family enterprises Rajat Synergy Group has installed billboards across all the major part of the city to pay homage to its 200 years old family business legacy of 5 generations .

Along with the same a social media trend is also initiated by the organization to offer gift to all those who post their selfie with hoarding on any social media platforms.This got attention of people at large and social media is flooded with hundreds of selfie from people of different domain & age-group like business man, sports person , house wife , artist , students , doctors , journalist , entrepreneurs , etc they are all going crazy over posting there #selfie_with_hoarding .

This way for the fist time in history of Varanasi / Kashi a Family Business Organization has utilized people’s participation by creating a unique Social Media trend in such a positive manner which has resulted in Rajat Synergy Group creating a constructive global buzz around it’s family legacy of 200 years.