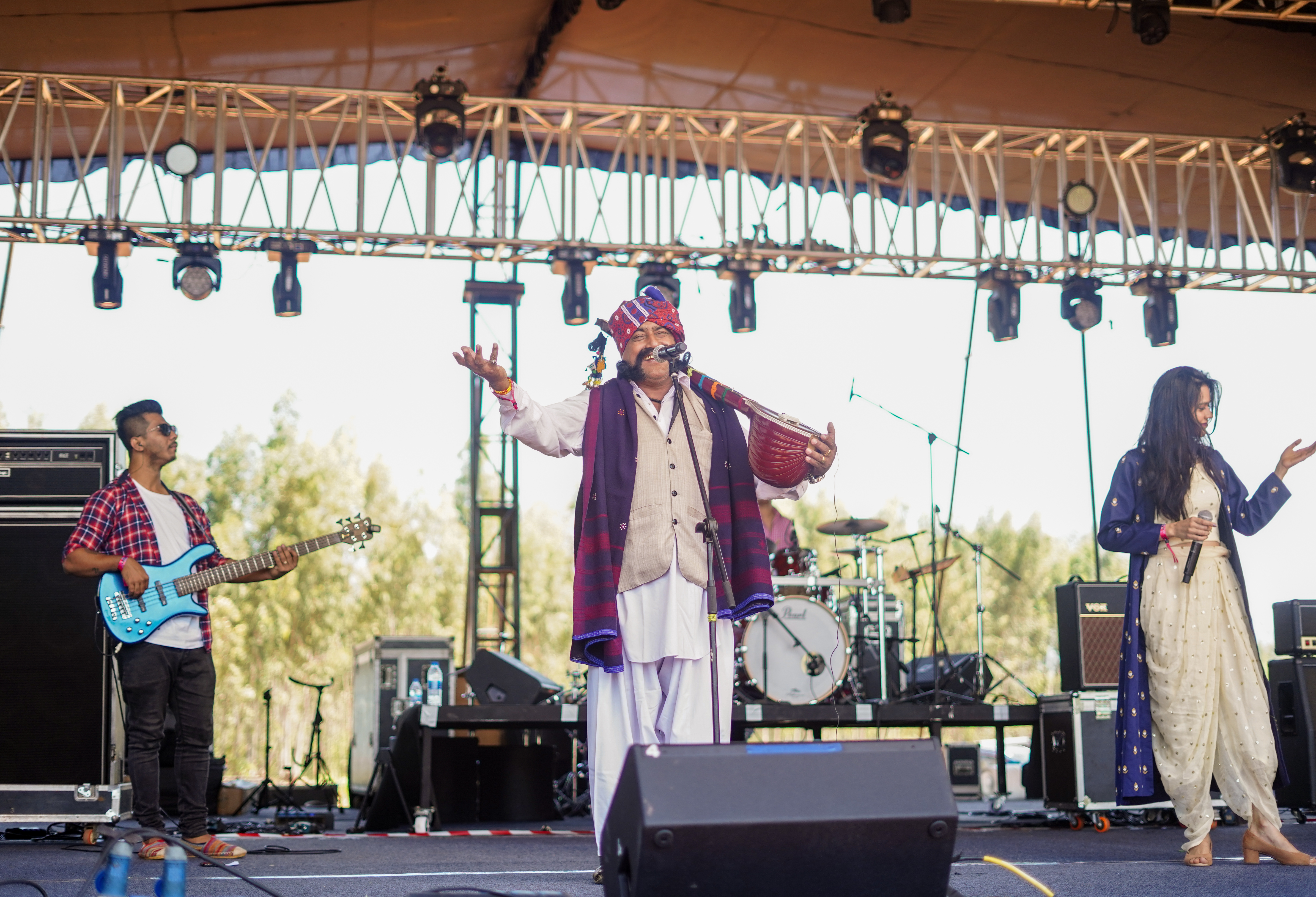 Beantowners awoke to a pool of adventures like slack-lining, sunrise hikes, and yoga with Buddhist monks. The second day took audiences on an entrancing musical ride with the award-winning, indie rock band, Thermal and a Quarter, Disco Puppet, Blindnight, Maati Bani, Soulmate, Dew Drops, John Ainsworth and among others. Nationally celebrated artists Parvaaz, the contemporary Indian music soft rock band, created waves in the hearts of the crowd with their soulful renditions of music. Ending the night on a high note was multi-talented Indian folk musician Kutle Khan Project, who mesmerized beantowners as he performed a melodious version of Indian favourties as the finale performance for the festival.

Beantowners lounged this Sunday enjoying the day with family and friends. Many indulged in care-free leisures like playing with their pets and families at the recreational space. Others took their time reveling in experiences like the hot air balloon sunset rides, and Para-motoring whilst getting lost in the picturesque landscape. As the name suggests, The Beantown Backyard festival draws inspiration from the legend of how Bengaluru got its name and brings to life memorable experiences for all alike; a nostalgia which lies at the heart of the city’s soul.

Delighted about the response, Mr. Mirza L Baig, Co-Founder of Eblitz Creations said, “After nearly two decades of custom-making events for our esteemed clients, we have evolved as a company & are exploring new frontiers. We completely focused on launching our maiden big ticket Intellectual Property and making it a success among the young adults of the nation. With the inception of The Beantown Backyard Festival, our vision is to create holistic experiences, soulful escapades and memorable weekends filled with myriad choices of everything they love; great brews, good food, and entertainment that elevate the experience to a new level. As Day two came to a close, our vision transformed into reality. Thank you for filling the Beantown’s backyard with your enthusiasm and love! See you again at its next edition.”

Mr. Kabir Ahmed, Festival Director of The Beantown Backyard Festival adds, “Our people got the well-deserved break they deserve, from the traffic, hectic lifestyles, gag orders, and live music bans. Over the past few years, Bengaluru has exploded into a big busy city, carving a contemporary & cosmopolitan imagery of itself while somehow retaining its old charm. It’s this old charm, the nostalgia of it all, that we all romanticize & yearn for. The Beantown Backyard Festival was born out of this nostalgia. At the festival, we could see thousands of attendees really just celebrate those simpler days, of good times – when people bonded in wide open spaces, under the shade of trees, over music, conversations, food, and brews. We created this unique property and served experiences that the city loved, in its own backyard. We look forward to seeing many more faces in its next edition.”

The Beantown Backyard Festival bid adieu to the city and ended this maiden edition with German musician Dunklebunt known for his unique genre – Worldbeat. Excited to play for in India at The Beantown Backyard Festival, Dunklebunt took the night to an unparalleled musical high with the introduction of this new genre to Indian audiences. Some of the songs on his Beantown list included his hit singles, Egal, Cinnamom girl and, Schlawiener.

About Eblitz Creations
After nearly two decades in the business & over 5000+ events with corporates & brands, Eblitz Creations has evolved into an integrated marketing services agency that caters to brands across the services, with military precision. Initially, they were an event management company, which later moved on to extend its boundaries in the communication front. The company is the brainchild of Michael Babu, Mirza Baig, and Michael Prasad. It was established in 2000 and is based out of Bengaluru, India. They are now entirely focusing their resources on launching their maiden Intellectual Property: The Beantown Backyard Festival. Eblitz Creations other services also include Corporate Events, Brand Activations, Intellectual Properties, Digital Marketing, Design, and Communication.