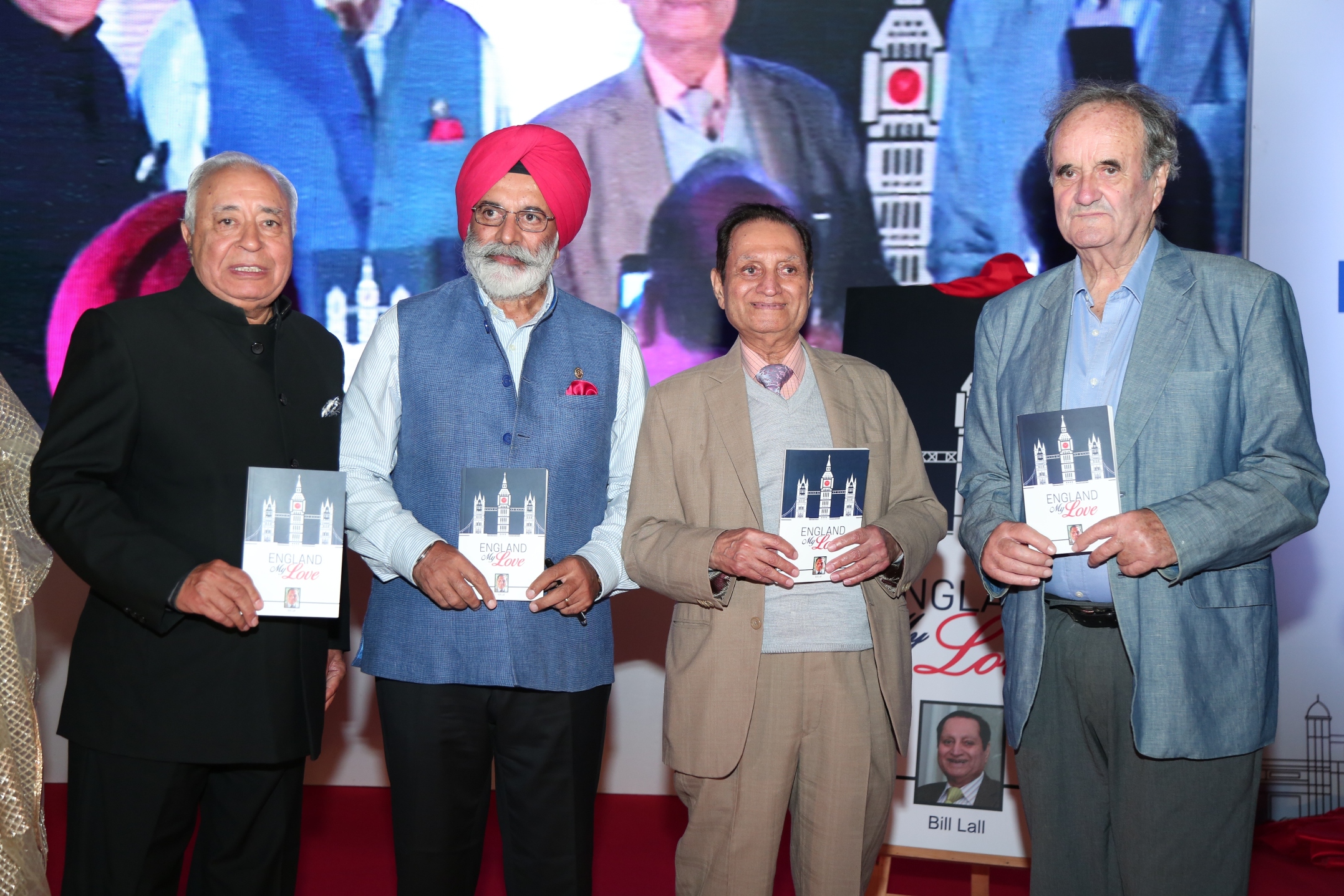 D. B. (Bill) Lall OBE (BEM) Lord Lall of Woodlands today launched his 3rd Book “England, My Love” at Taj Palace Hotel in New Delhi. The true meaning of the book is, “An Indian’s love affair with England.”

Bill threw his critical eye over English family life, homes and the complexities of the English education system, before looking at the English at work, their passion for sport and how they spend their holidays. Of course, no book about England would be complete without mentioning food and drink, a subject about which everyone has differing views.

Bill even addressed the legendary English weather – and discovers that it is not all fog and rain. He also examines how England promotes itself through unmistakable icons of English life. He has written this book in his unusual, inspirational style, which is so much evident in his previous books, to explain why England has been so crucial to his success.

The Book being an invaluable insight into England and English ways. It is essential reading for anyone who happens to have an opportunity to come to this country and it is an enjoyable insight into today’s England.

About the Author: Lord Bill Lall
Lord Bill Lall is a well respected English NRI staying in England from last over 60 years. He is a successful, retired businessman and the author of two very successful books. He has been awarded an Honorary Doctorate of Business Administration by the University of East London (2003), Freedom of the City of London in 2012, and the British Empire Medal in the Queen’s Birthday Honors list of 2014. He also holds the title of Lord of the Manor (Woodlands). He is also the first person from an ethnic background to be elected to chair the Newham Chamber of Commerce. Till date he has authored 2 books:-
– Rich Man Happy Man & How to Grow Rich and Enjoy Life