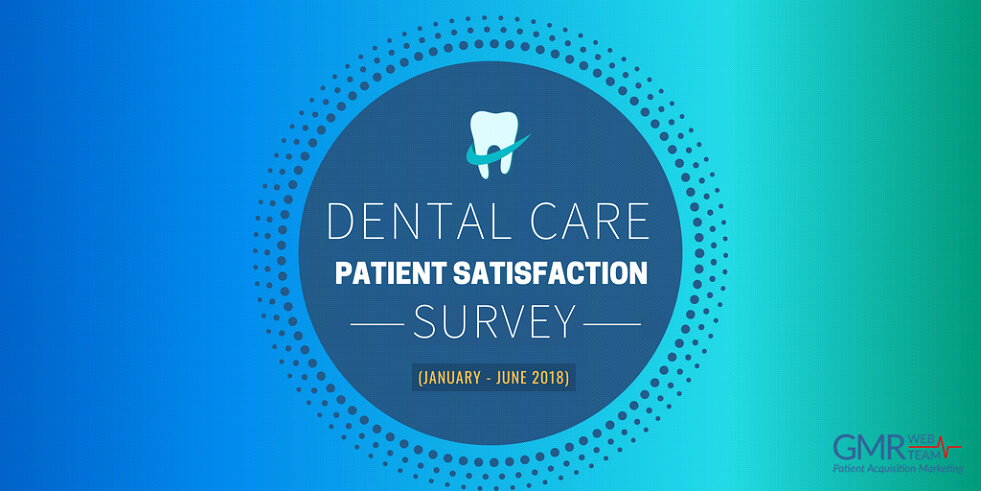 A patient satisfaction survey report for dental care centers was released by GMR Web Team, a leading healthcare marketing agency. The report highlights the decreasing trend in patient loyalty for dental care providers. Fewer and fewer patients were willing to recommend their dentists to others. However, the report also points to the higher trend in the overall satisfaction among patients.

The decline in patient loyalty trend was noted in the Net Promoter Score (NPS) — an index ranging from -100 to 100 which is used to measure the willingness of patients to recommend a dental care provider on their services to others. According to the survey, “the decline in the NPS suggests a drop in the potential for dentists to build upon patient referrals.”

The survey was conducted from January through June 2018, among 70 patients of those dental care centers that are using GMR Web Team’s services. The findings of the survey were compared with those of the previous editions (Jan-June’17 and July-Dec’17) to show the latest trend in the overall patient satisfaction.

The survey asked patients to rate their dentists and their services on a scale of 0 to 10, which was later used to determine the Net Promoter Score. Patients were also given an option to write a comment, all of which were then put through an artificial intelligence tool that measured the exact sentiment of each comment.

The key takeaways from the survey:

GMR Web Team provides full-service dental marketing assistance to dentists or dental clinics for growing and increasing their market share through its online marketing efforts. The company is led by Founder & CEO Ajay Prasad and operates from offices in California, Oregon, and Washington.