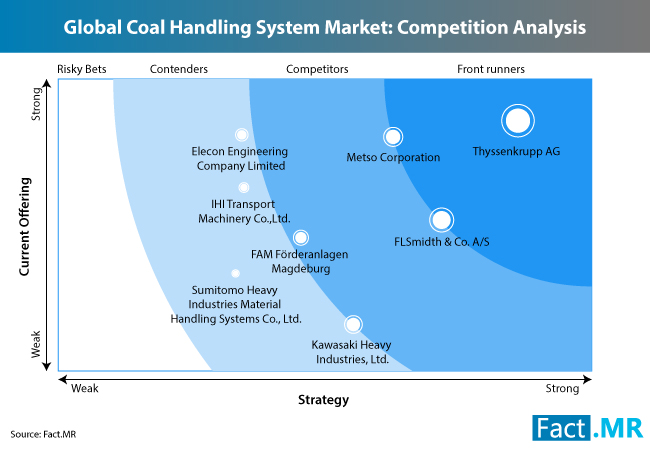 Analysis of Fact.MR reveals that the demand for coal handling system is likely to translate into a significant sales volume surpassing 4,500 units by end of the year of assessment, projected to expand at a volume CAGR of 3.6 % during the 2018-2028 timeline.

The emerging economies, particularly China and India collectively accounted for more than 70 percent of the APEJ coal handling system market in 2017 and are expected to showcase a significant market share by the end of the year of assessment.

This significant growth in the APEJ region can be attributed substantial capacity increase in coal-fired power plants. According to BP Statistical Review of World Energy 2018, Asia Pacific witnessed a 5.2% increase in the coal-fired thermal plants with China accounting for more than 60 percent, making it an attractive regional market for coal handling system. According to the report, India is also expected to showcase significant growth potential apropos to sales and demand for coal handling system in the coming years.

Overall the coal handling system market outlook is likely to remain positive in the forthcoming years with the Asia Pacific excluding Japan region to remain at the forefront of sales and innovation.