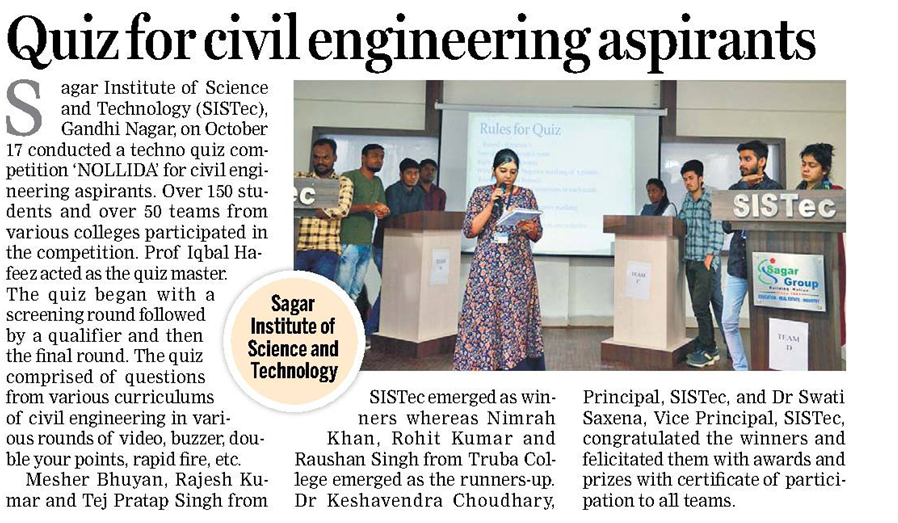 #MediaNews of NOLLIDA
In an effort to boost the spirits of the Graduating Civil Engineers, SISTec-Department of Civil Engineering organised a Quiz Competition. In all,49 teams participated in the competition, and each team had three members, making a total of #147participants. A total of #35oddstudents were from institutions other than SISTec, including from colleges like TRUBA, TIT and SIRT. The quiz comprised of questions from various fields of civil engineering, The various rounds in the competition were Screening round, Qualifier Round and Mental Round.
The Principal, Dr. Keshavendra Choudhary felicitated the students and motivated them to participate in such events with more enthusiasm.
#SISTec Sagar Group of Institutions-SISTec
#visitUs: http://www.sistec.ac.in/