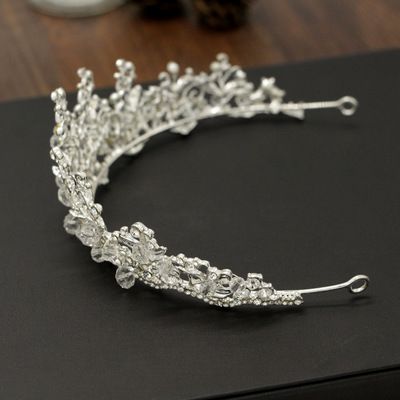 Since tiaras have been used from ancient times as a mark that the wearer is special, or as a sign of royalty, wearing one at your wedding is the perfect finishing touch.

Back in the days of Ancient Greece, the forerunner to the modern wedding tiara was designed to grace the heads of the statues of Grecian deities. Because of the use of the tiara to denote someone special, the Greeks also awarded tiaras to champions, and those of high rank, so that they could be worn on special occasions.

After the fall of Ancient Greece, Bridal tiaras(https://www.cosyjewelry.com/bridal-crown-c-1_5/) went out of style, until around fourth century Rome, when they began popping up on the heads of the emperors. Because of the size of the Roman Empire, the fact that the Romans used them to mark royalty cemented the tiara as a sign of authority.

In the middle ages, crowns were worn more than tiaras were, and tended to be a simple circlet of gold or silver, also called a coronet. These crowns did not look much like what we think of when we hear the word crown.

They didn’t have the arches or cap on them, that we may see these days. These coronets were decorated with jewels, affixed straight to the metal.

The wedding tiara that we see now is a direct descendant from the resurgence of the tiara in Napoleonic France. At that time, there was more wealth available, so more people could afford tiaras. This is when the bridal hair crown(https://www.cosyjewelry.com/bridal-crown-c-1_5/) went from being a political symbol to being a fashion symbol.

Women started wearing them on special occasions, especially weddings. Wearing tiaras in weddings has happened almost continuously from that time to now, except for a few breaks.

In the 1920s, with short hair and jazz being popular, things like bandeaux and aigrettes came into fashion. Also, during World War II, it wasn’t popular to wear tiaras, because of the war effort.