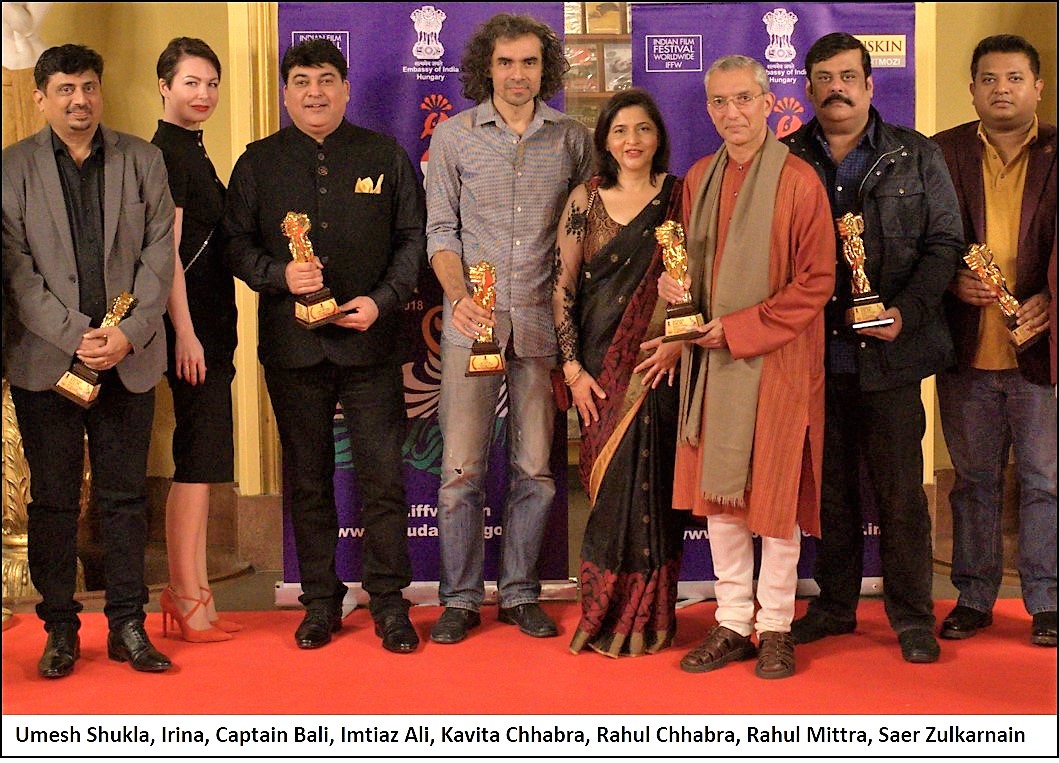 The Indian Film Festival Hungary opened to a full house at the iconic Pushkin Cinema in Budapest on 4th October 2018.

During his opening address Ambassador Rahul Chhabra said,” I welcome everyone to a festival where all the films have been selected with an aim to spread sheer happiness and depict great virtues like love, bonding and various human emotions on a larger than life canvas through songs, dance and music. I am sure that the festival will create a euphoria about India and its cinema amongst the people of Hungary, and the presence of the award winning Indian film makers will surely add to the grandeur of the festival.”

Curator of the festival Captain Rahul Bali said, “The INDIAN FILM FESTIVAL HUNGARY is an endeavour to promote the bilateral cooperation in the fields of art and culture between India & Hungary via Indian cinema which is known for its vibrancy and colour. The audience in Budapest will have an opportunity to see some great works of creative brilliance by master Indian film makers by way of these Indian movies which will go a long way in strengthening the bonds of friendship between the two countries.”