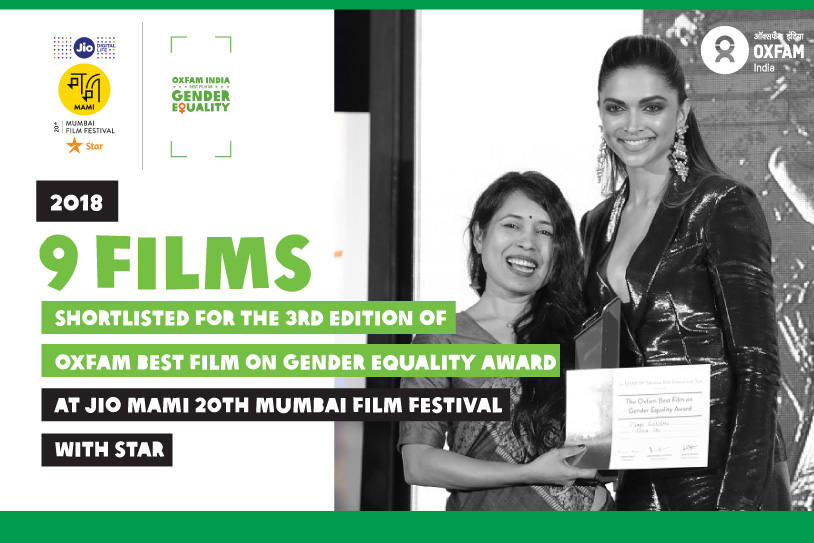 The films in the reckoning for this year’s Oxfam Best Film on Gender Equality Award are powerful dramas, in various Indian languages, that make compelling social commentary on the times we live in.

This year, Oxfam India is challenging filmmakers, producers and artists to create cinema that breaks the stereotypical portrayal of male and female characters in films. The theme for this year’s award is “Cinema Beyond Stereotypes”.

In 2017, Rima Das’ Assamese film ‘Village Rockstars’ won the Oxfam Best Film on Gender Equality Award at MAMI and later bagged the National Award and is now India’s official entry to the Oscars.

Director Rima Das will be one of the jury members for this year’s award along with National Award winning actor Parvathy and CEO of the Doha Film Institute Fatima Al Remaihi.

From Marathi film ‘Imago’ that tells the story of a shy, teenage girl battling leucoderma and the social stigma around it; to ‘Hamid’ that explores the two sides of the Kashmir conflict through the eyes of an 8-year-old boy; to Kannada film ‘Balekempa’ that revolves around a couple unable to conceive a child; and Bengali film ‘Jonaki’ that explores an 80-year-old woman’s search for love are on the list.

“We are thrilled that this year the number of shortlisted films have increased from four films last year to nine. This is a reflection of the changing times in cinema industry worldwide. Stories that uphold a mirror to socio-political realities in India and that defy stereotypes of caste, class and gender are being made, accepted and appreciated. Women in films are making space to be heard both on and off-screen. The award is to appreciate, celebrate and support stories and people in the industry challenging the status quo. The shortlisted films are in different Indian languages— Kannada, Marathi, Hindi, Malayalam, Tamil, Bengali and each film has an arresting narrative. It gives us great joy that last year’s winner ‘Village Rockstars’ is this year India’s entry for the Oscars.”

The winner of the Oxfam Best Film on Gender Equality Award 2018 at MAMI for this year will be announced on November 1st, 2018 – on the closing night of the festival.