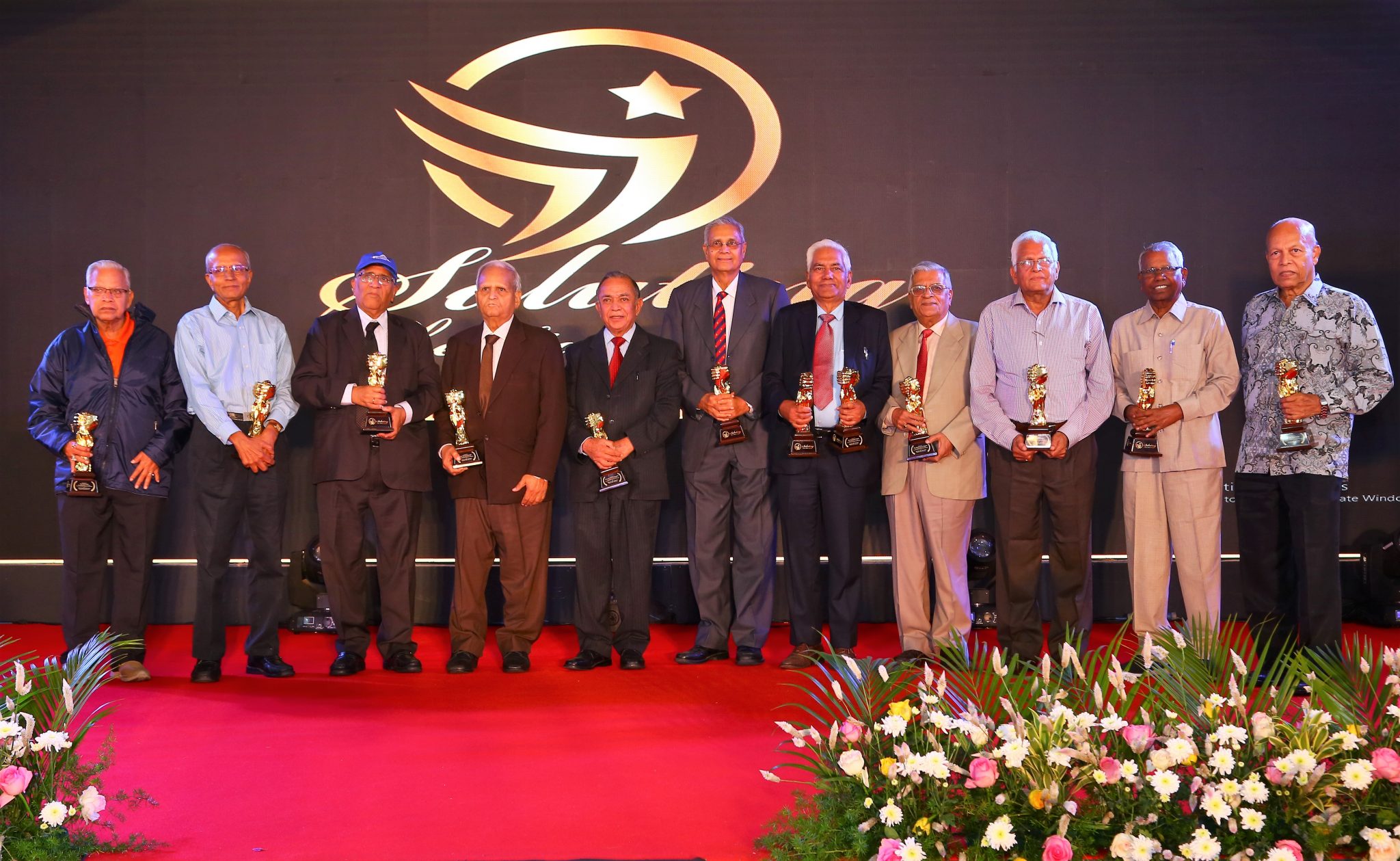 Bengaluru 18th December 2018
Legendary Railway Signalling &Telecom Engineers who completed 5 decades of serving across the world making significant contributions in the field of Railway Signalling & Telecom were honoured at a special event called “Saluting the Stalwarts” at Hotel Shangri-La in Bengaluru on Sunday.
The event saw the presence of a huge number of dignitaries like the ADGP of Karnataka Police Sh. Sanjay Sahay, Global CEO Frauscher Sensor Technology Mr. Micheal Thiel, Hitachi India Head Mr. Mangal Dev, Veterans of the Indian Railways, Top Corporate Honchos, Captains of various Industries and Senior Government officers who came from various parts of India and the world to express their solidarity with this noble cause of honouring the legends of Railways.
On this occasion, a special symposium was organised where eminent personalities from various walks of life shared their thoughts and made relevant deliberations followed by the felicitation of the Railway S&T Stalwarts. As one of the legendary Railway S &T stalwart Sh. Chandrika Prasad took the audience down the memory lane, Sh. Sanjay Sahay gave an absolutely wonderful perspective about the future of Indian Railway Signalling & Telecom. Mr. Micheal Thiel who came all the way from Austria to be a part of this event said that initiatives like this showcase the glorious past of Railways and instil a feeling of pride amongst the Railway S&T professionals.
“Saluting the Stalwarts, is an honest and humble effort by the industry and our organising partners – Innovations India to reach out to the heroes of the S&T world and recognise their contributions and express our gratitude to them for the unconditional hard work that they have put in for decades in the field of Railway S&T. We plan to organize this event regularly as an endeavour to honour our legends as well as highlight various aspects of Railway S&T that would surely convert it into one of the most desirable events to promote business cooperation across various sectors of trade and industry.” said Mr. Alok Sinha, MD Frauscher India.
Captain Rahul Bali, MD Innovations India said that the event was conceptualised with an aim to act as a platform that would honour the stalwarts and attract the brightest minds from across the world to ideate, showcase innovation and best practices, and discuss their application in the field of Railway Signaling and Telecom for the overall benefit of Railways. He said that while it was very heartening to see some of the Leading players of Railway S &T as well as major stakeholders of the Indian Railways participate in this event, the way forward from here was both ambitious and challenging.
Saluting the Stalwarts successfully conveyed a strong message that – Heroes are remembered but Legends never die.