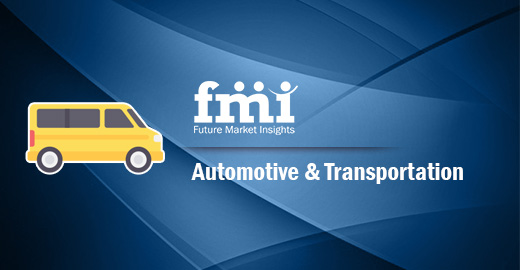 In the present market scenario, the demand for HCV axles is co-related to the performance of commercial vehicles across the globe. Though the production of commercial vehicles has been steadily increasing over the past couple of years, their performance in comparison with passenger vehicles has been slightly below par, nonetheless, the momentum attained in the recent years is expected to act as the major driver for the growth of the market. However, it must be noted that a major chunk of the sales revenue of the HCV market will be generated in the economies with high potential for growth in commercial vehicle production.

An axle, by the simplest of definitions, is a shaft positioned at the center of any rotating element. In the case of vehicles, it is the central member that connects two wheels located at the either end. Based on the location of the axle and the drive architecture of a vehicle, its function varies. A drive axle is a hollow axle that houses a shaft within itself to transmit power from the engine to the wheels for traction via the propeller shaft in addition to bearing the weight of a vehicle while non-drive axles are only limited for load bearing purposes. As opposed to axles utilized in four wheeled vehicles, the number of axles in a HCV or heavy commercial vehicle is usually more than two in order to attain optimal load distribution and maneuverability.

An HCV axle, at its core, is a simple shaft connecting two wheels placed at opposite ends; however, the differentiation occurs on the basis of location in a vehicle and its functional attributes. It must be noted that front wheel axles and rear wheel axles can be drive or deal axle, according to where the engine power is transmitted. The following criteria are considered while segmenting the HCV axles market:

Less than 8 Tonnes
8-14 Tonnes
More than 14 Tonnes
By sales channel:

Are E-Axles the Powertrain Solutions of the Future?