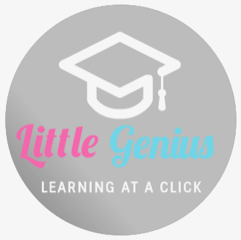 Global in her outlook, yet rooted in her concerns, PPC grew up in Darbhanga, Bihar. Having completed her higher education at London School of Economics and Institute of Deployment Studies, Sussex in UK, PPC is set to bring a refreshing perspective to Bihar politics with the launch of a movement under the banner of a political party named Plurals. Having made development as her clarion call, she firmly believes that a strong and well-intended political will is what it takes to transform Bihar and catapult it from the bottom rank in SDG indicators to a top-ranking state in India. It is towards this vision that she sets out her goals and formulates her plan of action.
Imbued with a deep democratic ethos, development undoubtedly means Development and Progress for ALL as against appropriation by the favored elite. This is sought to be achieved through the process of redistribution on an equitable basis. Having identified ground level issues of poverty, malnourishment, illiteracy, and unemployment that retards the growth of the state at a fundamental level, she is clear that the reasons for this are not a problem of lack of natural resources but an apathy towards governance among the very politicians whose calling ironically is to govern. This is worsened by the overbearing stranglehold of corruption and what she terms as ‘clientelism’. What has actually facilitated the process is the passive and inert approach of the educated and the youth of Bihar.
Firmly believing that it is only through the right means that right ends should be achieved, she stands for an ethical approach to politics. She prods the educated and the youth to look behind the smoke-screen of ‘natural’ and ‘unavoidable’ reasons for misery – whether it be floods or deaths of children caused due to medical negligence, or identity politics. PPC urges them to recognize the politicking designs of the people in power. It is time for the people of Bihar to shed an inert existence and to claim back Bihar by being active participatory citizens primarily through the instrument of franchise.
Pushpam Priya Choudhary has had an international vantage point exposure to a multi-disciplinary approach on policy making. This has made her aware of the pitfalls of being trapped in a right, left or centrist ‘ideology’ that is most likely to relegate actual development goals to the background. It is to foreground the agenda of development, she favors an approach of constructive criticism that will not allow any incompetent policy intended to serve a few vested interests to be implemented at the cost of the tax-payer’s money. She intends to contest the Patna Graducate MLC election, and Bihar Assembly Elections as the CM Candidate of Plurals. This will provide her a position to ensure that basic human needs are met, a safe social and political environment is promoted, and decent job opportunities are provided. Above all, the people of Bihar will regain their right to self-respect, to dignity and to progress as Biharis.