A Circuit through India that will make you fall in love (Delhi, Jaipur, Agra and Varanasi) 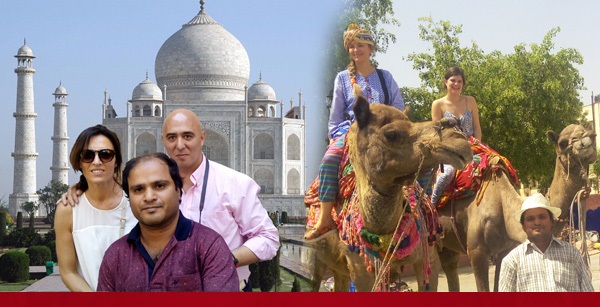 India is a much sought after travel destination for many foreign travellers around the world. And why not! What with the vast landscapes of scenic beauty, UNESCO World Heritage sites, historical monuments, ancient temples and churches India has a lot to offer to the foreign tourist. In order to enable the tourist to explore a bunch of travel sites at one go during their travel to Indiathe tour organizers have created a set of travel circuits. One of the most popular ones among them is the Golden Triangle with Varanasi Tour.

The Golden Triangle with Varanasi Tour caters to the lover of history as well as the tourist with a spiritual bent of mind. The cities visited in this circuit tour include Delhi, Jaipur, Agra and Varanasi and the number of days for the tour completion is about eight to nine depending upon the customization you undertake.The combination of the Golden Triangle cities with Varanasi makes for an amazing tourist circuit while on your vacation in India.

Varanasi is one of the most important cities for the Hindus and the foreign tourist who wants to come close to Hindu rituals and traditions can have his fill in the city. The city abounds in temples and besides is home to the flowing waters of the Ganga, a river considered to be the holiest among the Hindus in the country. A dip in the river Ganges or walking on its banks is said to purify and wash away your sins and help attain salvation. The vibrancy of the river Ghats have to be seen to be believed. Cruising along the Ghats in the waters of the river or watching the one-of-a-kind Ganga Aarti performed on the Ghats makes for some memorable memories.

The cities of Delhi, Jaipur and Agra are steeped in history and showcase the architectural splendor of the Mughal and Rajput rulers of bygone eras. Strolling through the bustling streets of Chandani Chowk, sightseeing the Red Fort, Qutub Minar, India Gate, Lotus Temple, Raj Ghat, Jama Masjid are some of the things to do and see in Old and New Delhi. From Delhi, you move to Jaipur, also known as the ‘Pink City’ of Rajasthan. A tour of the magnificent forts which are a beautiful blend of Mughal and Rajput architecture will leave the tourist absolutely awe-struck. The shopping opportunities in Jaipur comprising the most creative silverware, vibrantly hued textiles will make it difficult for the tourist to settle for a choice.

What can be said for the city of Agra, which is home to the world’s greatest monument of love; the Taj Mahal!The majestic glory of the Taj Mahal cannot be described in words and it is one of the greatest crowd pullers in the world. The magnificent Agra Fort has its own charm standing testimony to the life in the erstwhile Mughal era.

Make the Golden Triangle with Varanasi as your travel circuit for your holidays in India and you will be assured of your vacation becoming a memorable one!