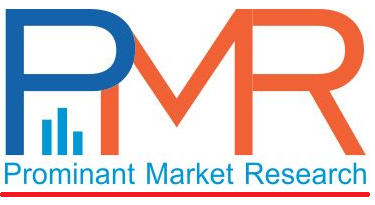 Illinois, 28 May 2018(News)- Electrochemical biosensors are analytical devices used to provide analytical information by biological sample, such as tissues, enzymes and whole cell, to an electrical signal. It is cost effective, user friendly, simple, disposable and convenient. Potentiometric sensors, amperometric sensors and conductometric sensor are detection modes of electrochemical detection. It is used mostly in miniaturized devices and is used for the detection of biological and non-biological matrices. The Electrochemical biosensors plays a major role in the field of healthcare which include applications such as diagnosis, patient monitoring and many others. The end user such as point of care testing, diagnostics centers, research laboratories and various others influence the growth of the market.

The global market of electrochemical biosensors s is expected to reach USD 23,707.2 million by 2022, at a CAGR of 9.7% during the forecast period.

Based on application of electrochemical biosensors, diagnosis segment is by far the fastest growing segment of Global Electrochemical Biosensors Market and it is expected to reach USD 12,689.9 million by 2022.

Based on end user of electrochemical biosensors, point of care testing segment commands the largest market share of global electrochemical biosensors market and it is expected to grow at a CAGR of 9.9% during the period 2016 to 2022.
Get Free Sample Report: https://www.prominentmarketresearch.com/sample-report/global-electrochemical-biosensors-market-research-report-forecast-to-2022
Key Players:
The leading market players in the global Electrochemical Biosensors market include; F. Hoffmann-La Roche AG, Medtronics, Bayer AG, Abbott Laboratories, I-SENS, Inc., Siemens Healthcare GmbH and others.

Regional and Country Analysis of Electrochemical Biosensors Market Development and Demand Forecast to 2022 Market:
As per the MRFR analysis, the Asia-Pacific Electrochemical Biosensors Market is poised to reach USD 4,644.6 million by 2022, to grow at a CAGR of around 10.0% during the forecast period. The market in North America was valued at USD 4,715.1 million in 2015, and expected to reach USD 10,020.0 million by 2022.

The reports also cover country level analysis:
• North America
o US
o Canada
• Europe
o Germany
o U.K.
o Italy
o Spain
o France
o Rest of Western Europe
o Eastern Europe
• Asia-Pacific
o Japan
o China
o India
o Republic of Korea
o Rest of Asia-Pacific
About Prominent Market Research:
At Prominent Market Research, we are committed to provide the best possible service and recommendations to all our customers. You will be able to speak to seasoned analyst who will understand your research needs accurately. We make it our business to look after yours, with an efficient and friendly team always available to help you.
Contact Us:
Robin Hood,
Sale Manager,
sales@prominentmarketresearch.com