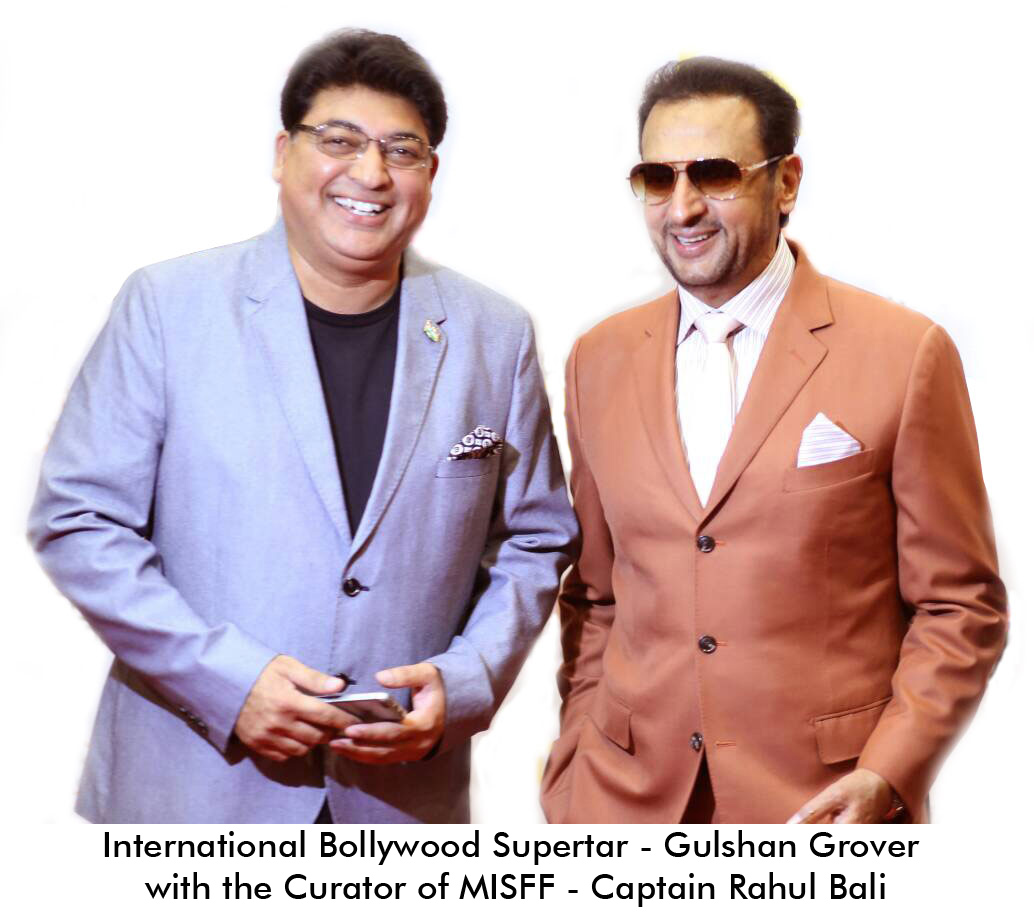 Amidst the wildwood, scenic blue mountains, abounding waterfalls and fascinating bamboo forests the sun kissed land of Mizoram is an ideal location for any film maker with perfect locations for all genres of film making. To showcase unexplored paradise to the world, an international short film festival is being jointly organised by the Government of Mizoram and its state partners Innovations India.
Aizawl 6th September: Gulshan Grover’s Internationally acclaimed award winning short film Forbidden will open the Mizoram International Short Film Festival – MISFF 2018. Gulshan Grover has been the face of Indian cinema in Hollywood as well as in international cinema circuits for over 3 decades. Having worked in more than 400 films, he is among the first actors to have made a successful transition from Bollywood to Hollywood and international cinema. Popularly known as the BAD MAN in Bollywood, and one of the most versatile Indian actors ever, Gulshan Grover will be attending the MISFF 2018 as the Festival Guest and introducing his film to the ecstatic audience.
“Forbidden” is a short dramatic thriller inspired by a true honour killing of a south Asian American woman written, directed and produced by Vibha Gulati under her banner Ruhaniyat Films in Association with Women’s Voices Now and Everclear Films. The film has been screened at some of the major international short film festivals across the globe and also won the “Best Film Award” at the Festival of Globe in San Francisco, California in August 2018.

Director of Forbidden Vibha Gulati said, “It’s a film inspired by the true story of my friend who was brutally murdered for being in love with someone her family did not approve of. This work is my tribute to this amazing woman who had the courage and the conviction to follow her heart and stand up to her family. The mission of this film is to end violence against women living outside of their native countries. In addition, it is to ignite a social change that will compel the legal system to take action against criminals who commit heinous crimes against women in the name of family honour.”

Apart from Forbidden, the MISFF 2018 will see a lot of short films by talented International film makers who are keen on showcasing their creative brilliance via this festival. The festival supported by the Mizo Film Forum will also highlight the film making capabilities of the Mizo film makers as a very large number of independent film makers in Mizoram have come forward to participate in this mega festival.

The MISFF will have a glittering Red Carpet opening ceremony on the 20th September at the iconic Aijal Club in Aizawl with the Honourable Chief Minister of Mizoram Sh. Lal Thanhawla inaugurating the festival amidst a plethora of celebrities and dignitaries from across India and the world. National Award winning film maker Sh. Umesh Shukla would be the chief juror for the festival and would also conduct a workshop on film making for the film makers of Mizoram during the festival.

Speaking at the occasion, the Curator of MISFF Captain Rahul Bali said, “MISFF is an ambitious joint endeavour by the state government and Innovations India aimed at creating a plethora of opportunities for both the film makers and the state. It is heartening to know that we have already received more than 50 entries from across the world. The festival is sure to provide the much needed platform for the talented independent film makers from all across the globe to showcase their craft at this creative confluence. At the same time, it will catapult Mizoram into instant limelight as a preferred destination for making films. May God be with us.”