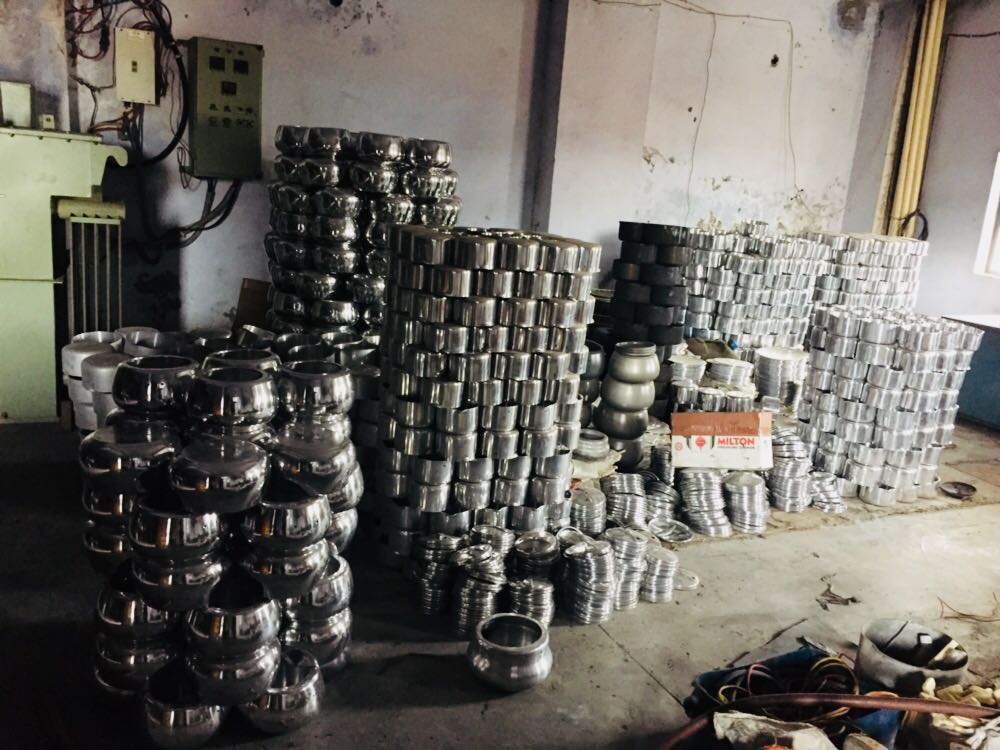 While conducting surveys in Delhi, the District Investigation Unit (DIU) team observed sale of counterfeit products under the brand name MILTON at Bawana Industrial Area in Rohini. The DIUteam investigated activities of the mentioned target. As part of this investigation, the DIU team visited the manufacturing unit of M/s. ONS owned by Mr.Rajesh Gupta. The products at the manufacturing unit were examined by an expert who confirmed thatthe products were counterfeit. Thereafter, an investigation report was sent for approval. After regular visits to police officials by Milton team, the DIU team had conducted the raid.
The accused was later arrested and taken to the police station. Sub Inspector Jaspal Singh (DIU, Rohini) interrogated the offender who was the manufacturer of the counterfeit products. The case is registered in P.S Bawana police station but the raid was conducted by the District Investigation Unit, Rohini.

The accused owners were manufacturing Milton pressure cookers which do not even fall under the portfolio of the brand Hamilton Housewares Ltd. The investigation team seized 713 pressure cookers in name of ONS Milton. The seizure will go to the concerned court for the inspection by Metropolitan Magistrate, Rohini.