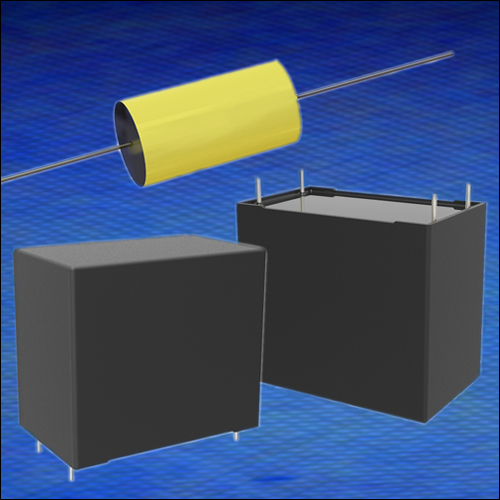 Built-in fuse-links limit capacitance loss is limited to a small segment within the capacitor. This is in contrast to the larger areas of uncontrolled capacitance loss observed with non-segmented types. This capability is not usually available for board-mounted capacitors.

With a 10,000-hour service-life expectancy without derating, series 951C and 953B capacitors will excel at providing reliable filtering and smoothing for today’s demanding applications in UPS systems, AC power supplies and more.