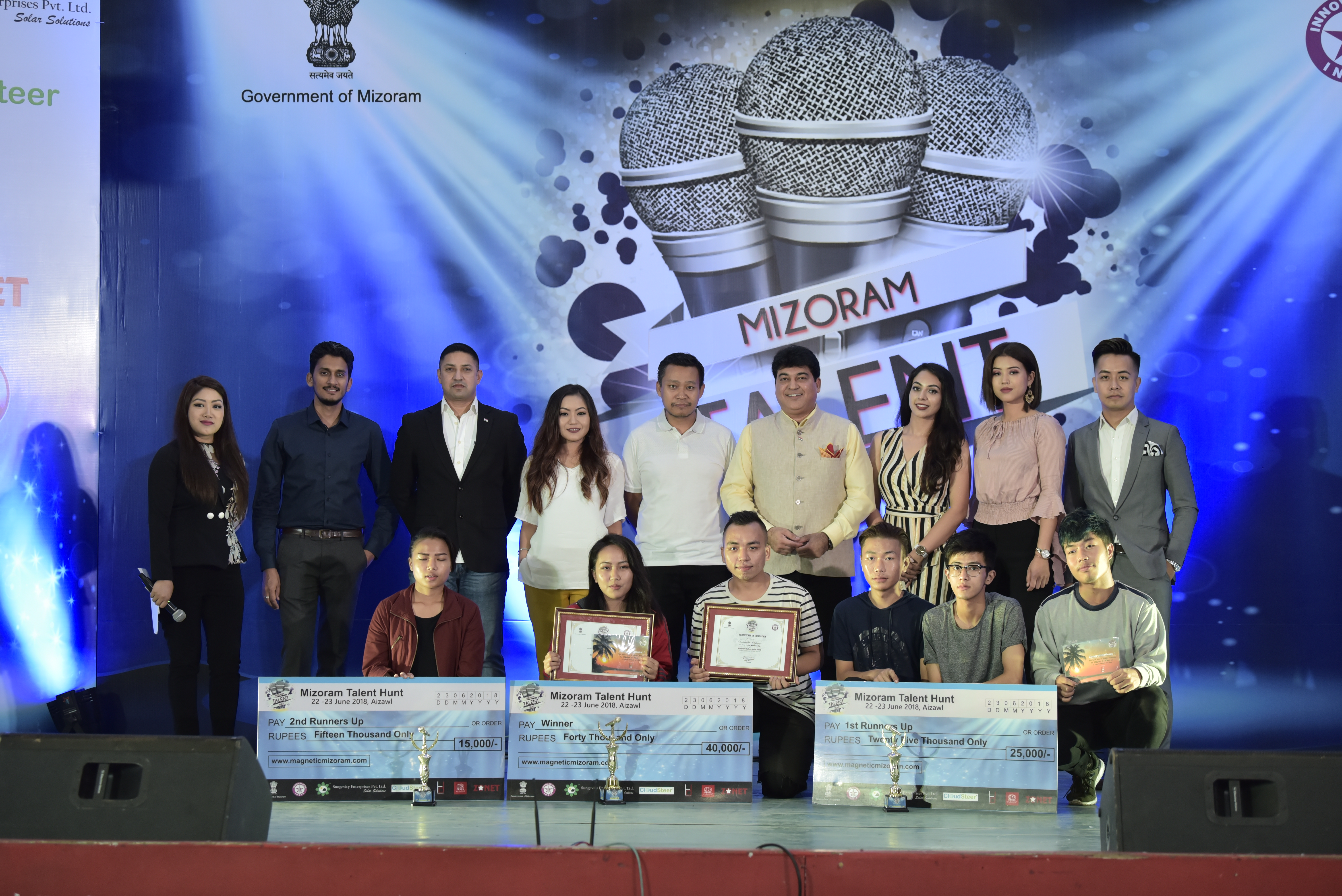 The Biggest Talent Hunt Show of Mizoram was organised jointly by The Government of Mizoram and Innovations India on 22nd &23rd June 2018 in Aizawl.

The two-day event was focussed on the young generation of Mizoram and was organised at the state-of-the-art Electric Veng Auditorium in Aizawl. The Mizoram Talent Hunt acted as a great networking stage to connect the youth of Mizoram with the organizations who have “Youth” as their Target Audience, rather than being just another music and dance show.
A number of multinational corporate organisations who are looking at starting their businesses in Mizoram and contribute in the overall development of the state came forward and expressed their solidarity with this youth-oriented initiative by the Government. The Mizoram Talent Hunt was organised in association with Sungevity Enterprises, Hospitality Doctor, Cloudsteer Technology, RED FM & Zonet TV.
Sungevity Enterprises is a Solar Power Solutions company gearing up to set up the biggest Solar Power Plant in the state with a capacity of 100 MW whereas Cloudsteer Technology is a Singapore Headquartered pioneer in Cloud Computing technology company having PAN India offices that believes in enabling the educated youth with highly in demand employable skills. Both Sungevity Enterprises and Cloudsteer Technology have expressed their intent of setting up Solar Plants and Skill Development Centres respectively in Mizoram and have already approached the state Government for the same.

A Brainchild of the Dynamic Managing Director of Innovations India, Captain Rahul Bali, The Mizoram Talent Hunt received an overwhelming participation by the super talented young performers and was judged by the icons of Mizoram namely Ms. Rody H. Vanlalhriatpuii – Miss Mizoram 2017 and one of the most popular public figures of Mizoram, Mr. Henry Varte – The most sought after Stylist of Mizoram who is a youth icon of the state and the famous singer Ms. Feli Thangluah, who with her soulful music has won over the hearts of Mizos like nobody else in the Mizo Music world.
The judges had a tough time selecting the winners from the participants as each and every performance was an act of sheer brilliance in its own way. “I compliment Innovations India and the State Government for this brilliant initiative. Talent Hunt Shows like these are a great platform for the new generation of Artists who are seeking to launch themselves and I am amazed at the talent these budding artists have exhibited. According to me each one of them is a winner.” Said Ms. Rody H. Vanlalhriatpuii – Miss Mizoram 2017 and one of the judge.

Ms. Josephine Lalruatfeli won the first prize, whereas Zo Nation Boys & Ms. Laldinpuii won the second and third prizes respectively. A total of Rs. 3 lacs in prize money was given away to the most deserving performers in a glittering prize distribution ceremony which was attended by a number of dignitaries & VIP’s.