Freebody Press Announces Release of “Angel Girl and the Hawk, Secrets of the Cold War” 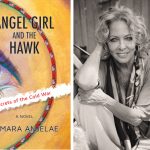 On October 24, 1952 President Truman signed a memo creating the most secretive espionage unit ever established. The “No Such Agency” remained a secret until the late seventies, except there was a secret division within the NSA that was never disclosed. Until now – Covert Operations, an elite group of undercover operatives: super-warriors and psychics. The agency was on the leading edge of integrating paranormal resources with top-secret assignments.

Angel Girl and the Hawk, Secrets of the Cold War follows the lives of two young recruits at the height of the Cold War. Sally Stone, a young psychic who speaks with angels and has Hollywood aspirations, and Winston Forester, a field agent with a genius IQ and physical skills of a professional athlete. When given the option—You can make money, or you can make a difference—both chose to make a difference.

The two begin a romance in defiance of the agency’s no-dating policy. Their work is dangerous, and Winston finds a KGB nemesis in Vladimir Putin, who pursues a life-threatening vendetta against him. As they serve the NSA’s agenda, Winston and Sally’s disdain for evil, war, and politics grows as mysteries, secrets, and Divine healing are revealed. To survive, the two must use their special powers and master both the physical and the unseen world.

Angel Girl and the Hawk is available as an audiobook, e-book and paperback.

About Samara Anjelae:
Samara Anjelae is a renowned Psychic-Medium and Spiritual Healer, recognized as a leader in the field by the Windbridge Research Center and the University of Arizona’s Veritas program. Samara holds a master’s degree in English Literature and is an accomplished painter whose works are found in private collections throughout America and Europe. She is an award-winning author of several inspirational gift books. This is her first novel. www.SamaraAnjelae.com