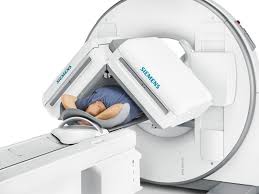 Cardiac imaging comprises intravascular ultrasound, echocardiogram and coronary catheterization. Intravascular ultrasound is an imaging technique carried out with the help of specially designed catheters attached to computerized ultrasound equipment to visualize the lumen and interior wall of blood vessels. Echocardiogram is a test that uses two-dimensional, three-dimensional, and Doppler ultrasound to create images of heart. Coronary catheterization is a minimally invasive procedure utilized for pressure monitoring and blood sampling with the help of catheter inserted in the heart. The cardiac imaging market can be segmented on the basis of various imaging technologies such as coronary catheterization, echocardiogram, intravascular ultrasound, positron emission tomography, computed tomography (spiral, electron beam and multi-detector), and magnetic resonance angiography. According to American Heart Association, in 2011 overall rate of death attributable to cardiovascular diseases was 229.6 per 100 000 Americans. The death rates were 275.7 for males and 192.3 for females. The American Heart Association also described that, from 2001 to 2011; death rates attributable to CVD declined 30.8%. In the same 10-year period, the actual number of cardiovascular disease deaths per year declined by 15.5%.Yet in 2011, CVD still accounted for 31.3% (786 641) of all 2 515458 deaths, or ≈1 of every 3 deaths in the United States.

In 2012, the demand for cardiovascular diagnostics had slowed down primarily due to a weakened global economy especially in European region, cost-reducing measures and issues related with various healthcare reforms. However, post revival of major economies the rising prevalence of cardiovascular diseases, sedentary lifestyle and aging population assisted the market growth of cardiac imaging market. Demographics are also playing integral role in the cardiac imaging market. The rising incidence of cardiovascular diseases is creating a larger patient pool which helps to generate an increase in the demand for software and devices that are assisting in better diagnoses. The market competition in cardiac imaging market is expected to increase due to increasing demand for modern diagnostic technologies in emerging economies along with additional opportunities.

How the Coronavirus Threat has Taken Global Business into Uncharted Waters

According to market experts, the increasing prevalence of cardiovascular diseases in the developing regions such as South America and Asia are driving the market growth. North America was observed to be the largest market due to updated reimbursement policies, easy accessibility to modern diagnostic and high diagnostic costs. According to Centers for Disease Control and Prevention (CDC), approximately 600,000 people die of heart disease in the U.S. every year. However, Europe was observed to be the second largest cardiac imaging market and aging population was observed to be the major reason for growth of this market in Western European countries. According to European Society of Cardiology, each year cardiovascular disease (CVD) causes over 4 million deaths in Europe and 1.9 million deaths in the European Union (EU). South America and Asia-Pacific are the most potential markets for cardiac imaging devices. The major factors responsible for market growth in these geographies are developing healthcare infrastructure, growing economy is amplifying the healthcare expenditure and increasing awareness against cardiovascular diseases. The most attractive and potential countries that are expected to boost the market growth of cardiac imaging devices are China, India, and Brazil.

The major key players existing in cardiac imaging market are,