The features and benefits offered under Agniveer Salary Package are similar to the Defence Salary Package. In addition, the banks have offered soft loans to exiting Agniveers to promote and enhance their entrepreneurial skills. The first batch of Agniveers under “Agnipath Scheme” will be joining Training Centres by January 2023.

Mitsubishi Heavy Industries, Ltd. (MHI) signed a Statement of Cooperation on October 10 with the State Government of South Australia aimed at accelerating development of the local hydrogen industry. By proposing diverse solutions incorporating its Groupwide products, technologies and services, MHI looks to collaborate with South Australia in the state’s transition to clean energy and development of a hydrogen economy.

The Statement of Cooperation was signed by The Hon Peter Malinauskas MP, Premier of South Australia, and MHI Senior Vice President Osamu Ono, who concurrently serves as Chief Regional Officer of both the Asia Pacific and India as well as President of Mitsubishi Heavy Industries Asia Pacific Pte. Ltd. Specifically, MHI will propose solutions in the following areas: growing a globally competitive hydrogen export sector through the development of a hydrogen export strategy and strategic partnerships; fostering advances in new technologies and new industrial opportunities through research partnerships; projects that accelerate the development of large-scale industrial decarbonization programs; and developing near-term Australian domestic markets through the establishment of a hydrogen ecosystem.

On signing the Statement of Cooperation, The Hon Premier Malinauskas MP expressed his hopes for the newly agreed partnership: “This Statement of Cooperation is a commitment from the State Government and industry partners to work together to accelerate the development of South Australia’s hydrogen economy. South Australia is open for business and we are ambitious about hydrogen.”

MHI Group, by contributing to the development of a hydrogen value chain and the acceleration of industrial decarbonization in South Australia, looks to assist in driving the state’s economic development and realizing a sustainable society.

After winning the Motocross World Championship title in the MX2 class (250cc) in 2015, Tim Gajser moved to the premier MXGP class the following year, and won the championship along with the Rookie of the Year title. Although he did not win the title for the following two years, Gajser won back-to-back championships in 2019 and 2020, and by claiming his fourth MXGP title this year, has won a total of five titles in the Motocross world championship.

Rubén Fernández was third overall in the European Motocross Championship EMX250 class. Although he moved to MX2 in 2018, he moved back to EMX250 the following year. After moving full-time to MX2 in 2020, he finished ninth that year. In 2021, Fernández joined the MX2 team Honda 114 Motorsports, but from Round 17 moved to the premier MXGP class. This year, Fernández continued his full-time career in the MXGP class, ending up eighth in the championship, with two third-place finishes.

– Tim Gajser
“It was an easy decision to continue this amazing relationship with Team HRC. It is like a second-family to me and there is no other place where I feel it is such a nice environment. I always say “Happy Rider, Fast Rider” and working with everyone in Team HRC, from all the technicians in Japan, to my practice mechanic, to my physio, it is all so enjoyable and I always look forward to going racing. I have won five World Championships with Honda so I am extremely comfortable on-board the CRF450R and they always do such a great job with developing and improving the machine, so I know I’ll be riding a bike capable of winning title number six in 2023. A huge thank you to all my supporters around the world, and I look forward to meeting you at Team HRC next year.”

– Rubén Fernández
“It is a dream come true to be riding for Team HRC in the MXGP class. The team is the best in the paddock and having ridden the Honda for the past couple of years, I am very familiar with the bike, but now I’m very excited to get to ride the full factory machine next year. I am also excited to work alongside Tim, as I know I can learn a lot from a rider who is five-times champion of the world. I’d like to thank everyone who has supported me throughout my career, who got me to this point and I can’t wait to show everyone what I am capable of. I now have the winter to prepare myself, and make sure I’m ready for the first gate-drop in 2023.”

– Koji Watanabe, Head of Corporate Communications Supervisory Unit,
Honda Motor Co., Ltd. and President of Honda Racing Corporation
“We are all very happy to have Tim signing again with Honda. He is an important figure for our company, and the perfect ambassador on and off the track. His achievement of winning five world titles is incredible and we hope that he can achieve even more goals riding on Hondas in the future. It is also exciting to have a new young rider Rubén Fernández joining the team. He has done well the past couple of years and this is the perfect time for him to make the switch to Team HRC. He has already had success on Honda, and now we hope we can build upon that in the coming years. I wish both riders the best of luck.”

In order to abate pollution in River Yamuna through basin-approach, NMCG approved the project for construction of Sewage Treatment Plants (STPs) of total capacity of 177.6 MLD, among other works such as developing Interception & Diversion (I&D) structures, I&D network laying, sewage pumping stations including Operation and Maintenance for 15 years etc. This project aims to take care of the existing sewerage problems in the Agra city which pollutes River Yamuna. On implementation of the project, there will be no discharge of untreated sewage from Agra city into River Yamuna thereby reducing pollution load in the river. 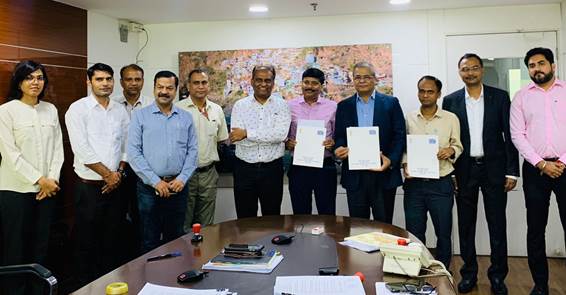 Expressing his happiness on completing the process of award of contract, Shri G. Asok Kumar, Director General, NMCG, said that this project will be implemented under Hybrid Annuity based PPP model and will ensure that operation and maintenance of the STPs are done as per stringent performance requirements. “This project will be another milestone in achieving the objective of preventing any untreated waste water entering River Yamuna, which is one of the major tributaries of River Ganga,” Shri Kumar added. 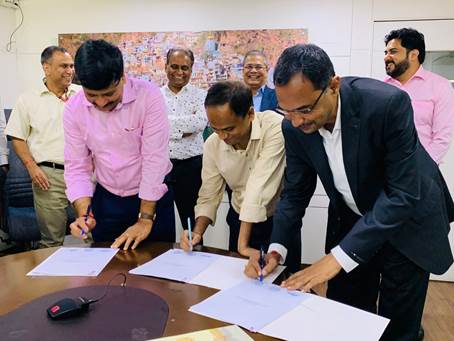 Shri Lakhani said “VEPL has always engaged in projects related to sustainability and environment. The social and health impact of sewage treatment project is well known to all of us. This is a major project for VEPL and will make a contribution to the Clean Ganga Mission. We intend to complete the project well within time with the support of UP Jal Nigam and NMCG.” Speaking on the occasion, CMD, IREDA said: “We are pleased to partner with MAHAPREIT and offer our techno-financial expertise to MAHAPREIT for the sustainable development of Maharashtra. Through this kind of collaboration, we will be able to support Govt. of India achieve its targets of 50% share of energy from non-fossil fuels by 2030. Also, these initiatives could encourage green investment and generate thousands of jobs.”

IREDA established a specialised Business Development and Consultancy division two years ago to meet the growing demand in the RE sector. This is the ninth MoU inked by IREDA in the last two years to provide consultation services for the sustainable development of the country. SJVN, NHPC, TANGEDCO, NEEPCO, BVFCL, THDCIL, GSL, and CIPET have signed MoUs with IREDA to enhance their techno-financial expertise for green energy projects and IREDA has already started work on most of the MoUs. 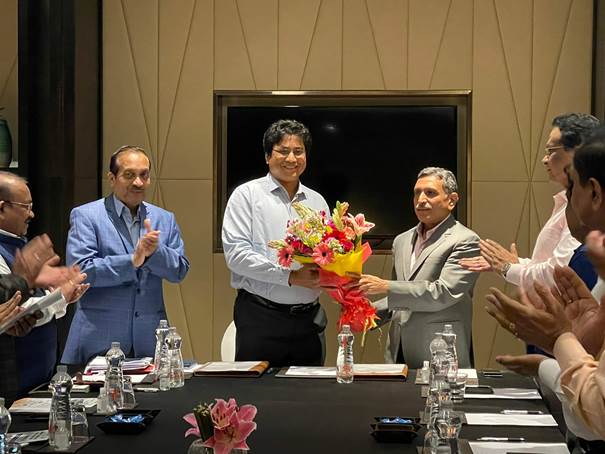