Ready to Race: Nico Hülkenberg on the Qatar GP

Every lap matters, and you soon start learning. Its by driving, obviously, that you get the answers.
Nico Hülkenberg
Aston Martin Cognizant Formula One Team Reserve Driver

The Losail International Circuit may be a new venue on the F1 calendar, but for Aston Martin Cognizant Formula One Team Reserve Driver, Nico Hülkenberg, its familiar territory.

Ahead of the inaugural Qatar Grand Prix, we caught up with Nico to hear his memories of racing at this fast, flowing track and pick up a few pointers for the weekend.

The Qatar Grand Prix weekend promises to be interesting for everybody, as the Losail International Circuit is new for all the F1 teams.

Im one of the few drivers who has raced there, in the GP2 Asia Series back in February 2009. I was racing in the Formula 3 Euroseries the year before, so it was my first experience of GP2.

I did two rounds with the ART team, in Bahrain and Qatar. I took pole for both races and won the feature race in Qatar, finishing third in the sprint race the next day.

Sergio Pérez [former Team Silverstone driver] won the sprint race. Apparently, hes the only driver on the current F1 grid who has raced there!

I remember it was still the older GP2 car, and I was too tall for it. I was sitting with my head in front of the airbox and out of the car. The buffeting was crazy, so on every straight I had to grab my helmet so I didnt lose my head!

For those two events, I had a big problem. Fortunately, the next year they introduced the new chassis, the new generation of cars. That was better, as I was able to sit lower.

My memories of the Losail circuit from that weekend are good. I remember its quite a flowing track and its basically medium speed. I recall that its very flat, with no elevation changes at all. Its just like glass!

I think it was maybe a bit tricky for overtaking, but I liked the track at the time, I remember that much. I also remember there being good hotels and good food in Qatar.

For the teams and drivers, learning a new track is always a challenge, although there have been quite a few in the last couple of seasons with the calendar changes.

A new track is generally exciting for a driver because its not a place that you know so well from 10 or 15 years of experience.

So, you have to learn with every run you do, with low fuel, high fuel, old tyres, new tyres. Everything is for the first time, and you have to learn quickly, adjust and adapt, so that always adds an extra kind of spice.

Runners Ready to Get Out for Memorial Day 2021 Race 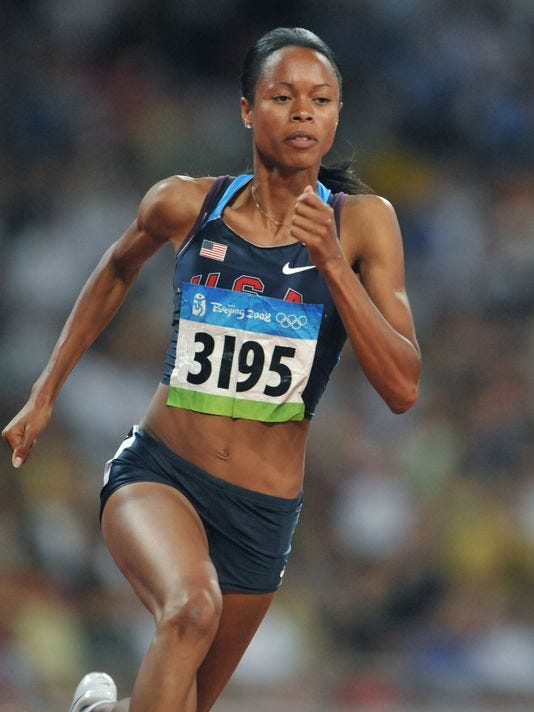 KANSAS CITY, Mo. – May 25, 2021 – PRLog — The Brain Injury Association of Kansas and Greater Kansas City (BIAKS-GKC) is pleased to announce that World Champion and Olympic runner, Muna Lee, will be the honorary guest of the 34th Memorial Day’s Going the Distance for Brain Injury race. The 10K and 5K timed races, 1.5 mile walk, and the Fun4kids event will be May 31 – starting at 8 am in the Loose Park Pavilion (near 51st and Wornall Road, south of the Plaza in Kansas City, Missouri).

Last year’s race was virtual, so organizers are enthusiastic that these Going the Distance for Brain Injury races will be one of the first 10K and 5K chip-timed races in the region that will not require masks for vaccinated runners. Runners are especially enthusiastic about having timed races back for competitive and social reasons, as well as a chance for runners to establish their personal best times in a post-mask-restriction environment.

The forerunner of this Memorial Day event was the Amy Thompson Run for Brain Injury that began in 1987. BIAKS Executive Director, Robin Abramowitz, said this race is the organization’s most significant fundraiser. It helps support programs and services for the 21,000 people in Kansas and Greater Kansas City who experience brain injuries annually. “Early access to services and rehabilitation can make all the difference in achieving a positive outcome later,” said Abramowitz. “We are grateful for the runners, volunteers, sponsors, and Muna Lee helping this cause. Athletic activities account for a large number of accidents that result in brain injury.”

Muna Lee grew up in Kansas City and was a two-time Olympian, World Champion, and USA 100-meter champion. Lee coaches at her track club Top Tier Speed and Endurance and heads the Muna Lee Footspeed timed sprinting event to launch this summer. “Kansas City is a special place for runners for a cause. It is a healthy and family-friendly activity,” said Muna Lee. “As a sprinter, I’m out of my lane when it comes to running distance, but these sorts of races can accommodate any level of runner.”

Runners can still register at www.biarun.org/register through Friday evening or when they pick up their runners’ packet on Saturday, May 29 from 10 am to 5 pm at Garry Gribbles Running Sports, 119087 W. 119th, Overland Park Kansas or pick up the packet on Race Day, May 31 at the Loose Park Pavilion, starting at 6:30 am. All participants will receive a t-shirt, bib, and finisher’s medal.

The Brain Injury Association of Kansas and Greater Kansas City (BIAKS-GKC) provides vital information and referrals to those in the brain injury community that request help. Going the Distance for Brain Injury Memorial Day races are the association’s annual fundraiser. Donations and information are available at www.biaks.org.

It is about those things that have happened, will happen, and are now happening to all nations, tribes, and tongues. It is about the mark of the beast who the beast is, what the mark is, and the purpose for the mark. It is about the war being fought in the arena of commerce, a war about which God is trying to warn us in order for us to be prepared.

As COVID19 stains fear and uncertainty country after another, appearing to be as a health pandemic threatening countless of lives; author Roy Martin asks: Will this pandemic also make way for the beast to reap souls to be marked and bring to eternal damnation?

In line of recent events, it will be easy to manipulate people using fear. One definite way to further establish fear and manipulation is to coerced people into thinking that citizens will be denied healthcare amidst this pandemic if they will not allow themselves to be marked by the beast.

The Book of Revelation From Alpha to Omega: Get Ready, Get Ready, Get Ready for Your Next Life, authored by Roy Martin exposes the possibilities of the beast taking over in the healthcare industry for the sole opportunity of marking Gods children   and to anyone who receives the mark will be denied entry in heaven.

In his personal anecdote of 267 pages, the book explains why the numbers 666 involves a man and not satan. The book, which was published on August 17, 2020 under WorkBook Press, reveals how it will be arduous for the people to ignore this, especially when pharmaceutical companies and everyone in the healthcare industry has the freedom in choosing where this would go.