The Honourable Jonathan Wilkinson, Minister of Natural Resources, announced the release of the British Columbia chapter of the Canada in a Changing Climate: Regional Perspectives Report to help support adaptation to climate change and strengthen resilience in British Columbia.

The effects of climate change are being felt throughout British Columbia. Extreme weather events such as flooding, drought and wildfires have a significant impact on the province’s economy and on the health and well-being of its population. Indigenous communities have been disproportionately impacted by climate change and have seen impacts on their traditional foods, medicines and ways of living. Now is the time to work together and build climate change responses that address current and future problems.

The Honourable Jonathan Wilkinson, Minister of Natural Resources, today announced the release of the British Columbia chapter of the Canada in a Changing Climate: Regional Perspectives Report to help support adaptation to climate change and strengthen resilience in British Columbia.

This new chapter highlights that British Columbia’s water resources will see significant changes as the climate warms, with flooding causing some of the most damaging and costly impacts. It also underlines that climate change is profoundly affecting British Columbia’s forests and the communities and infrastructure located in forested regions. The risk of disturbance from fire and pests is increasing due to climate change, affecting forest productivity, wildlife habitat, biodiversity and ecosystem services. Climate change is also already impacting food production in British Columbia.

On the other hand, climate change adaptation activities are present across most sectors and settings in B.C. This work continues to mature, supported by improved access to climate data, decision-support tools, funding, supportive institutions and collaboration. The Province has also been working with the Government of Canada and other partners on the development of the country’s first National Adaptation Strategy, a whole-of-society blueprint for coordinated action across the country, to ensure communities and Canadians are prepared for the impacts of climate change. The Strategy is open for public consultation at letstalkadaptation.ca until July 15.

The report is a part of Canada in a Changing Climate: Advancing our Knowledge for Action, Canada’s National Knowledge Assessment of how and why Canada’s climate is changing, the impacts of these changes and how we are adapting. The assessment reports raise awareness and understanding of the key issues facing our country and provide information to support sound adaptation decisions and actions.

By ensuring British Columbians have access to credible, evidence-based information, this resource will enable them to make more informed decisions to prepare for and respond and adapt to climate change impacts.

“British Columbia faces significant climate challenges related to all regions and multiple sectors of the province, and longer-term risks to hydrology, forestry, agriculture and communities. Our government’s National Adaptation Strategy will bring together decision-makers to help protect people and improve resiliency while building a clean and prosperous net-zero future.”

“2021 was a devastating year for British Columbia, which suffered from drought, floods, wildfires and strong winds. We know that more needs to be done so that B.C. and the rest of Canada are better prepared for and can adapt to the devastating impacts of climate change. We are working to lower our greenhouse gas emissions and advance Canada’s first National Adaptation Strategy — preparing Canadians and our communities for today’s climate and for the climate of the future.”

The Honourable Steven Guilbeault
Minister of Environment and Climate Change

“Last year’s extreme weather events have shown that British Columbia is on the front lines of the climate crisis. It’s why we’re investing record amounts to recover from these events and prepare for the climate impacts of the future. Our Climate Preparedness and Adaptation Strategy will be released shortly, and we look forward to continued collaboration and support through the federal government’s own upcoming strategy. Knowledge, data and collaboration are key pillars to successful climate adaptation to support people and communities, and this new report is a welcome addition.”

Incorporation of climate change in the school curriculum

NCERT has been organizing in-service teachers’ capacity building programmes in Geography as well as in Social Sciences where teachers are sensitized over the issues related to climate change. Besides, live interactive sessions have also been conducted on Swayam Prabha, PM eVidya Channel on climate change. National Initiative for School Heads’ and Teachers’ Holistic Advancement (NISHTHA) learning modules for elementary stage also include Environmental Science (EVS) concerns related to environmental protection in the module on EVS. Approximately, 42 lakh teachers have already completed NISHTHA learning modules through offline and online mode.

The information was given by the Minister of State for Education, Smt. Annpurna Devi in a written reply in the Rajya Sabha today.

London, UK, Feb 22, 2022 – (ACN Newswire) – The Climate Ecosystem Corp., a company of like-minded individuals united by one big concern�climate change�has announced its pre-sale. Expected to hold soon, the pre-sale will see prospective investors try to cop thousands or millions of CLIME, the project’s native token. With a total supply of 10 billion CLIME, and with dates soon to be released, investors will have the privilege of staking and farming CLIME to gain CARBC [Carbon Credit token] once the sale is over. 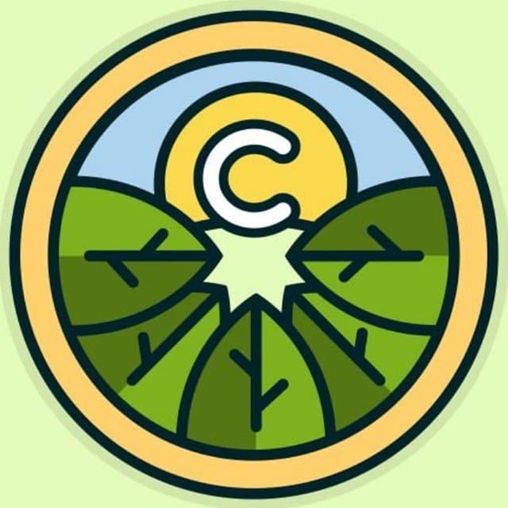 Born out of the need to preserve the deteriorating planet for future generations, The Climate Ecosystem aims at combating, on a larger scale, the effects of climate change. Leveraging blockchain technology and cryptocurrencies, the founding team is committed to attracting investors through the integration of decentralized finance [DeFi] technology. The Climate Ecosystem hopes to create a platform where a part of the transacted value and return on investment are kept aside to fund organizations focused, primarily, on fighting climate change.

A community-powered project, The Climate Ecosystem will introduce profits for holders of CLIME through transaction fees. Besides staking and farming, both of which attract zero fees, other transactions on The Climate Ecosystem will have a stipulated 10% fee. Incentivizing CLIME holders, 5% of each transaction fee obtained will be shared amongst token owners while 3% and 2% will go to donations and liquidity respectively.

CLIME holders will not only be taking an active part in fighting the consequences of one of the world’s biggest problems, but they will also can earn profits as they do so.

They also reserve the right to vote for organizations that will receive donations.

With a sustainable and viable roadmap comprising the launch of a DEX, upcoming exchange listings, in-depth research about climate change-focused organizations, first donation, and an NFT collection, The Climate Ecosystem is aiming to be the most innovative bridge between willing donors and climate change organizations globally. For more information and to be a part of this nascent project, do well to visit the website and social media pages.

About The Climate Ecosystem Corp.

This is a company with like-minded individuals from the UK, Russia, Brazil, EU, and Panama with one mission�to mitigate the effects of climate change. Aimed at addressing the problem of climate change, The Climate Ecosystem Corp. hopes to do so immediately and efficiently. Through its ecosystem, it will bridge the gap between patrons and climate change-focused organizations, ergo expediting the donation process. The Climate Ecosystem will spend a percentage of transaction fees accrued on funding organizations across the globe.

The Honourable Harjit S. Sajjan, Minister of International Development and Minister responsible for the Pacific Economic Development Agency of Canada, will participate in a panel discussion to demonstrate Canada’s commitment to climate adaptation and climate partnerships, as part of Canada’s 5-year $5.3B climate finance commitment.

February 15, 2022 – The Honourable Harjit S. Sajjan, Minister of International Development and Minister responsible for the Pacific Economic Development Agency of Canada, will participate in a panel discussion to demonstrate Canada’s commitment to climate adaptation and climate partnerships, as part of Canada’s 5-year $5.3B climate finance commitment.

The following participants will join the Minister to provide perspectives on gender-sensitive Nature-based Solutions (NbS) as a key component of global climate resiliency, specifically for sub-Saharan Africa:

Note to media: Journalists interested in doing an interview with Minister Sajjan ahead of the event can contact the Minister’s office or GAC media relations before 4 pm ET today.

Plantations in forest areas are undertaken by State/Union Territory (UT) Forest Departments as per approved Working Plans, excluding the areas where individual forest rights titles are issued under the Forest Rights Act, 2006. Wherever Community Forest Rights (CFR) have been recognized, plantations and other activities are taken up in consultation with local communities as per the approved Working Plans and Micro Plans prepared by CFR management committee constituted under rule 4 (e) of the Scheduled Tribes and Other Traditional Forest Dwellers (Recognition of Forest Rights) Rules, 2007.

There are no reports from States/UTsto show that the rights of adivasis and forest dwellers vested under FRA, 2006 and PESA, 1996 are being undermined due to Climate Change mitigation action such as plantations.

This information was given by Shri Ashwini Kumar Choubey, Minister of State, Ministry of Environment, Forest & Climate Change in Lok Sabha today.