The Expert Panel on Medical Assistance in Dying and Mental Illness Final Report was tabled in Parliament on May 13, 2022. As required by former Bill C-7, the most recent legislation on Medical Assistance in Dying (MAID), the Ministers of Health and Justice established the Expert Panel to undertake an independent review of the recommended protocols, guidance and safeguards that apply to requests made for MAID by people who have a mental illness.

The Final Report of the Expert Panel on MAID and Mental Illness was tabled in Parliament on May 13, 2022.

As required by former Bill C-7, the most recent legislation on Medical Assistance in Dying (MAID), the Ministers of Health and Justice established the Expert Panel to undertake an independent review of the recommended protocols, guidance and safeguards that apply to requests made for MAID by people who have a mental illness.

The Expert Panel dedicated the past nine months to carefully considering Canada’s existing legal framework, safeguards in other jurisdictions and those proposed by Canadian organizations on this topic, international experience, and current evidence from the academic literature and professional practice community.

The members of the Expert Panel were chosen for their expertise in their respective fields and come from a broad range of disciplines, spanning clinical psychiatry, MAID assessment and provision, law, health professional training and regulation, mental health care services, as well as lived experience with mental illness.

The Expert Panel has made 19 recommendations for establishing a MAID regime that addresses situations regarding incurability, irreversibility, individual capacity, suicidality and the effect of structural vulnerabilities (structural vulnerabilities being the effects of interactions between a person’s sex, gender, socioeconomic status, race/ethnicity, sexuality, or institutional location, with one’s position in society). The recommendations address these concerns in a manner that respects individual autonomy and Charter-protected rights, while at the same time supporting safety and equity.

The 19 recommendations are explained in the executive summary of the report and focus on:

developing MAID practice standards,
interpreting the grievous and irremediable medical condition eligibility criterion,
addressing potential vulnerabilities including an individual’s capacity, structural vulnerability, whether the decision has been made voluntarily, and suicidality,
supporting a robust assessment process, and
implementing measures to improve the functioning of MAID.

While some of the Expert Panel’s recommendations are directed at federal, provincial and territorial governments, the Panel suggests that the current framework and safeguards for MAID in Canada’s Criminal Code are sufficient and that its recommendations can be fulfilled without further legislative amendments.

The Government of Canada is reviewing the recommendations of the Expert Panel as it shapes future direction in this area. The report will be referred to Parliament’s Special Joint Committee on MAID. The work of the Expert Panel will assist the Committee as it continues its hearings and deliberations in the lead up to its own interim report and recommendations on MAID and mental illness later in June 2022.

The final blast for the 980-metre long Sela Tunnel (Tunnel 1) was conducted by Director General Border Roads (DGBR) Lt Gen Rajeev Chaudhry through an e-ceremony from New Delhi on January 22, 2022. This marks the culmination of the excavation works on the complete Sela Tunnel Project. This feat has been achieved by Border Roads Organisation (BRO) amidst inclement weather and heavy snowfall.

The Sela Tunnel Project is located in the West Kameng District of Arunachal Pradesh. Once completed, it will be a lifeline as it will provide all weather connectivity to Tawang. The project comprises of Tunnel 1, which is a 980 m long single tube tunnel and Tunnel 2, which is a 1555 m long twin tube tunnel. Tunnel 2 has one bi-lane tube for traffic and one escape tube for emergencies. It will also be one of the longest tunnels to have been constructed above altitude of 13,000 feet. The project also includes construction of an approach road of seven kilometres to Tunnel 1, which takes off from BCT Road and a link road of 1.3 kilometres, which connects Tunnel 1 to Tunnel 2.

The foundation stone of the Sela Tunnel Project was laid by the Prime Minister Shri Narendra Modi in 2019. On January 15, 2021, after the first blast was conducted by the DGBR, excavation work on Tunnel 1 commenced. Thereafter, on October 14 2021, Raksha Mantri Shri Rajnath Singh carried out the breakthrough blast of the 1,555 meter Tunnel 2, through an e-ceremony from India Gate, marking the end of excavation on Tunnel 2. 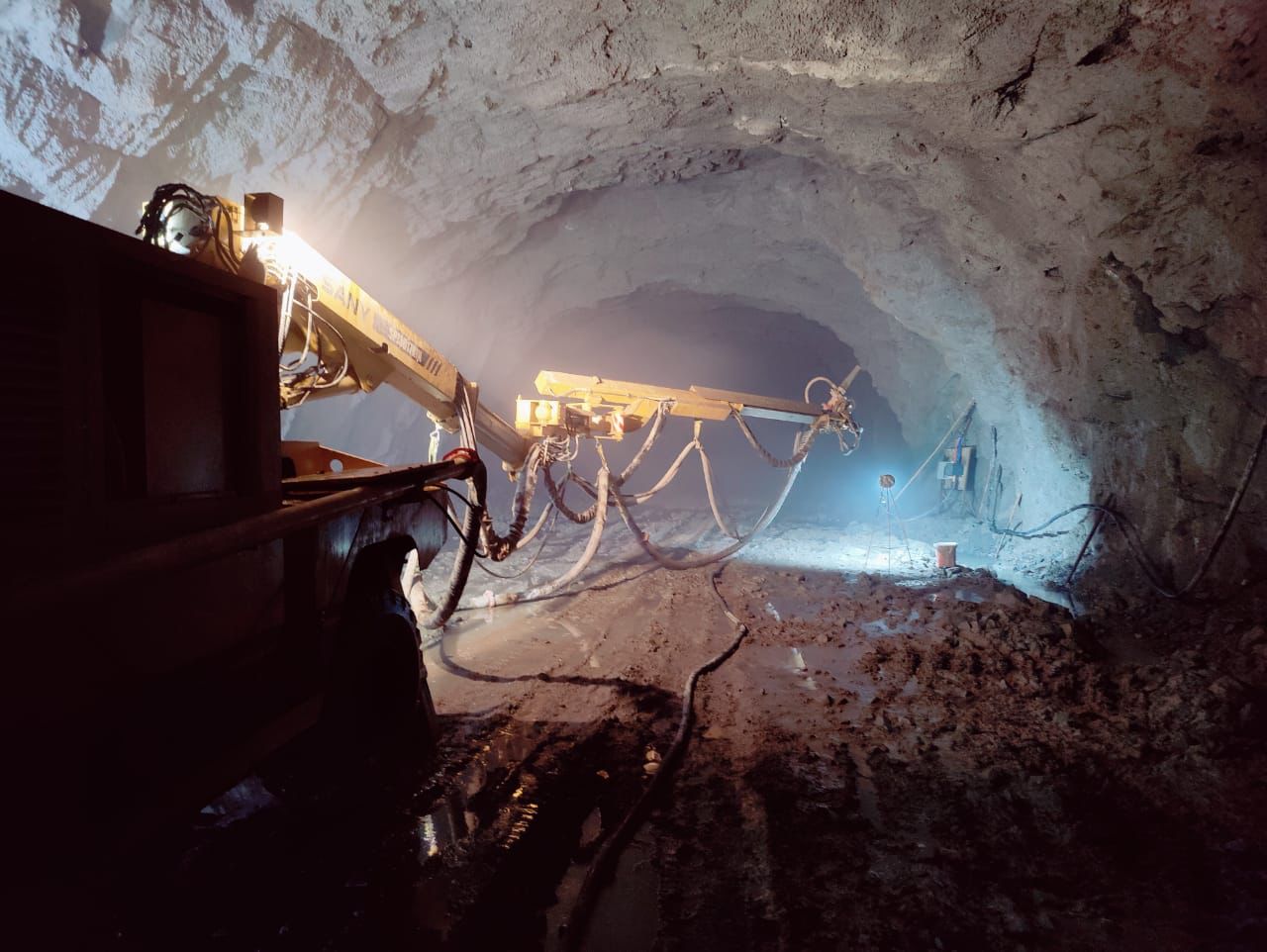 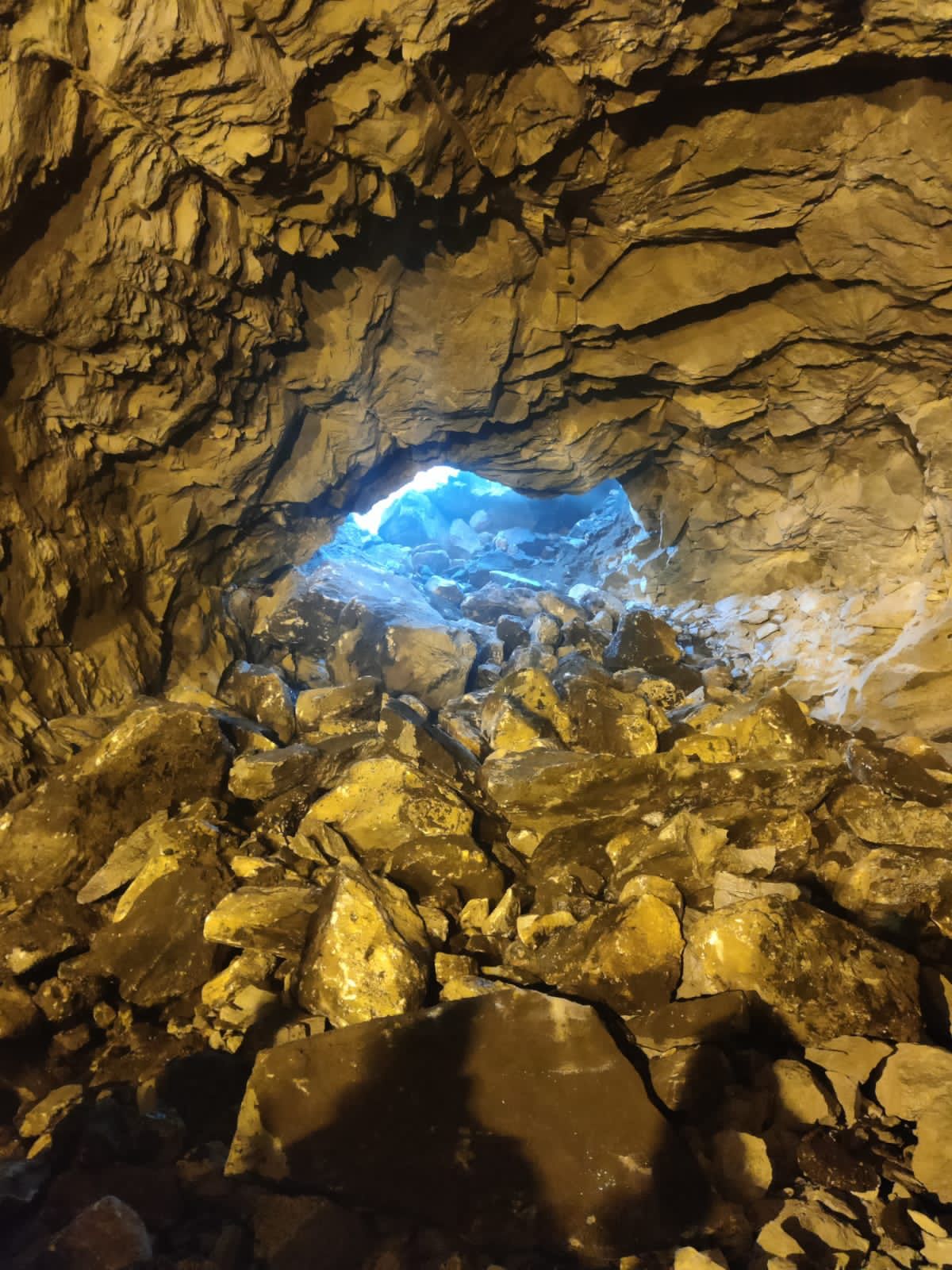 The final operational flight for the CC-115 Buffalo aircraft was flown today by 442 Transport and Rescue Squadron, based out of 19 Wing Comox, British Columbia.

The final operational flight for the CC-115 Buffalo aircraft was flown today by 442 Transport and Rescue Squadron, based out of 19 Wing Comox, British Columbia.

As they have done countless times over the course of the Buffalo’s service to Canada, the final operational flight involved airborne search and rescue standby training, conducting a flight within Search and Rescue Region Victoria, ready to divert to an emergency at a moment’s notice from Joint Rescue Coordination Centre Victoria. Training included Search and Rescue Technician parachute jumps and parachuting of emergency equipment as the aircraft visited locations around Vancouver Island.

“The CC-115 Buffalo aircraft, its aircrew and personnel have provided crucial assistance to Canadians for more than five decades. To those who worked with the “Buff”: your dedication, service and commitment to excellence demonstrate that Canadian Armed Forces members put duty before self to help Canadians in time of need. Thank you for your service.”

“In the Royal Canadian Air Force, we have an incredible respect and strong sense of pride for the aircrew, maintenance and support personnel who have dutifully served alongside the CC-115 Buffalo aircraft over the past 55 years. These amazing teams, and the “Buff” itself, are known to have operated in many challenging operational environments. Their stories and commitment to operational excellence will be etched into storybooks, and in bidding farewell to the “Buff,” we will always remember those brave members lost in 1974, who perished while the aircraft was operating overseas on a peacekeeping mission with the United Nations.”

“The CC-115 Buffalo entered service in the Royal Canadian Air Force in 1967 and has been used for search and rescue operations since 1975. Canadians, especially on the West Coast, will recognize the aircraft for its distinctive search and rescue paint scheme that was likely a welcome sight for many requiring life-saving rescue throughout its distinguished service. A special thank you to all those who served on this aircraft; for your remarkable expertise and professionalism. Buffalo crews and maintainers have a lot in common with their aircraft, as they are both known for being hardy and resilient!”

Procured between June 1967 and December 1968, the CC-115 Buffalo aircraft provided medium tactical transportation and search and rescue services. The CC-115 entered service in 1967 and has been flown by the Royal Canadian Air Force (RCAF) for 55 years.

The CC-115 aircraft initially served in the RCAF as multi-purpose transportation aircraft and was flown on multiple United Nations missions overseas. In the 1970’s it was converted to a dual role transport / search and rescue aircraft, before being exclusively flown in Canada as a fixed wing search and rescue aircraft. The CC-115 has been flown by 429, 413, 424, 440 and 442 Squadrons in the RCAF.

On August 9, 1974, a CC115 Buffalo (CC1155461) was shot down by Syrian anti-aircraft missiles while on United Nations duty supporting Peacekeepers in the Golan Heights. All nine CAF members on board were killed, making it the largest single loss of lives in Canadian peacekeeping history.

While flying as a search and rescue aircraft, the CC-115 Buffalo has played a critical role in supporting life-saving missions throughout Canada and later in its service history, exclusively serving in the West Coast region. Well-suited for flying over rough and mountainous terrain, the Buffalo is recognized for its all-weather capabilities.

The Department of National Defence will retain three CC-115 Buffalo aircraft as historical artefacts to fulfill the departmental obligations towards history and heritage. The remaining aircraft have been or will be transferred to museums or used as training aids.

Over 23 expert presenters and more than 100 expected military, government and industry attendees will be gathering at the Defence Safety Conference, taking place in London on 4th and 5th October 2021, to review the safe delivery of defence capabilities, and to explore the roles that operational users, vendors and research and development plays in defence safety.

It is free to register for military and government personnel (pre-registration is required and is subject to approval by SMi Group). Interested parties can register at http://www.defencesafety.com/PR6.

The list of speakers and their presentations during the two-day event:

About SMi Group:
Established since 1993, the SMi Group is a global event-production company that specializes in Business-to-Business Conferences, Workshops, Masterclasses and online Communities. We create and deliver events in the Defence, Security, Energy, Utilities, Finance and Pharmaceutical industries. We pride ourselves on having access to the world’s most forward-thinking opinion leaders and visionaries, allowing us to bring our communities together to Learn, Engage, Share and Network. More information can be found at http://www.smi-online.co.uk

Mitsubishi Heavy Industries, Ltd. (MHI) has reached a final agreement with Mitsui E&S Holdings Co., Ltd. under which MHI will take over the Naval and Governmental Ships business of Mitsui E&S Shipbuilding Co., Ltd. A formal agreement on the transfer has been signed.

Mitsui E&S Shipbuilding, an operating company of Mitsui E&S Holdings, has strengths in the construction and repair of auxiliary ship, such as supply ships and oceanographic survey ships for Japan’s Ministry of Defense, as well as governmental ships such as vessel for patrolling local fishing waters. In recent years the company has also been actively developing new technologies incorporated into autonomous underwater vehicles (AUV) and autonomous surface vehicles (ASV).

Under the newly signed agreement, MHI will take over the entirety of Mitsui E&S Shipbuilding’s operations in Naval and Governmental Ships, including AUVs and ASVs. MHI will function as an operating company, with operation of the latter’s Tamano Works to continue.

Mitsui E&S Shipbuilding’s products and technologies fully complement those of MHI. MHI, by taking over both Mitsui E&S Shipbuilding’s technologies accumulated over many years and its outstanding human resources, will be in a solid position to further strengthen the operations of its Naval Ship & Maritime Systems Division. This enhanced strength will contribute to greater ocean security and also boost MHI’s corporate value. The company will also actively engage in a broad range of dual-use areas, including cybersecurity products and unmanned systems, helping to realize safe and secure lives for everyone.

Following the requisite reviews by the Fair Trade Commission and other pertinent authorities, the transfer of operations is targeted for completion in October 2021.