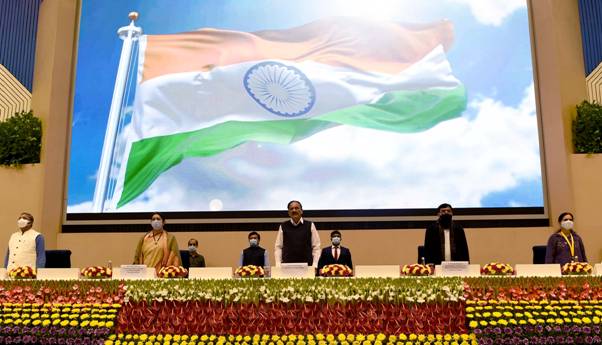 Speaking on the occasion Vice President, Shri M. Venkaiah Naidu, called for making people ‘key partners’ in the campaign for ‘TB Mukt Bharat’ by 2025. “More than any other disease, community engagement is vital to completely eradicate TB”, he stressed. Observing that the impact of tuberculosis is disproportionately felt on the vulnerable sections of society, he called for a massive mobilization of resources and multi-sectoral interventions to eradicate TB.Addressing the gathering, the Vice President said the government’s seriousness on TB elimination is clear given that it was the second TB-related conference this year. He expressed happiness that the conference not only involves parliamentarians, but other public representatives, organisations working for TB elimination, women TB survivors, Anganwadi workers, among others. 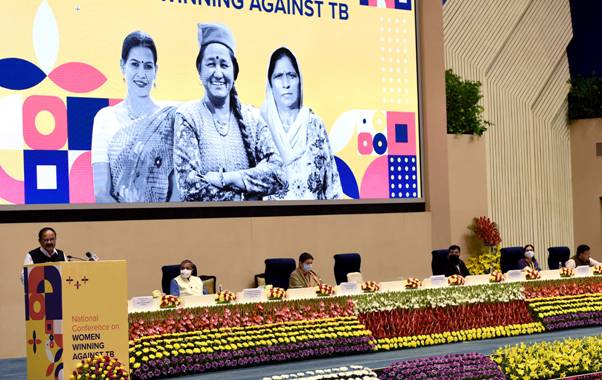 The Vice President praised the courage of women TB survivors, some of whom narrated their experiences. Shri Naidu stressed that there is a need to adopt a gender sensitive approach to TB, given that the disease can have a disproportionately high impact on women. He observed that their high susceptibility is due to inadequate priority given to their health, wellness and nutrition. “Facing the misery of abandonment and violence if found to have TB, it is not surprising that there are a large number of unreported and therefore untreated cases of TB amongst women”, he noted.

The Vice President called for countering this through measures such as better and structured counselling about the disease through health workers, better nutritional support through schemes like Nikshay Poshan Yojana, and paying particular attention to children, pregnant and postpartum women with TB. He urged states to take proactive steps to take up door-to-door screening, especially for women who may not be willing to approach healthcare systems on their own.Stressing the need for concerted action from all levels of the government to achieve the target of complete eradication by 2025, Shri Naidu called for improving the nutritional status of people, better contact screening, reducing out-of-pocket expenditure, having safety nets for the most vulnerable sections and early detection of TB in hilly and remote areas. 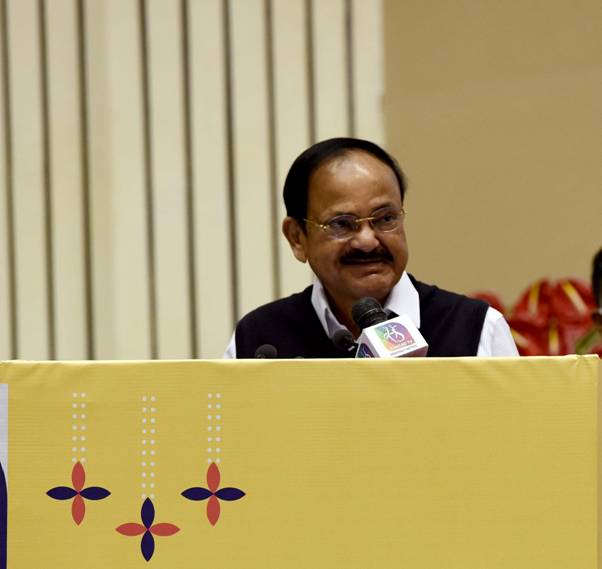 The Vice President also urged elected representatives – MPs, MLAs and Gram Pradhans – to take regular reviews at the district- and sub-district level. He also called upon public representatives to be catalysts in the mass awareness campaign in the fight against TB by playing a proactive role in the public conversations. He suggested that TB advocacy programmes should leverage the heightened awareness about lung health in people because of the pandemic to spread the message about the disease.The Vice President also appreciated the efforts of the Ministries of Women and Child Development, and Health and Family Welfare for coming together and starting a “serious discussion on how to develop new strategies to alleviate the impact of TB on women”.

Union Minister for Women and Child Development, Smt. Smriti Zubin Irani stated that in India, women account for nearly 36% of the total TB cases. TB among women often goes unreported as women do not come forward to seek medical care due to societal stigma & lack of awareness. Additionally, undernutrition & gender inequality make women more susceptible to TB.Smt. Irani said that in 2020, 6,90,000 women had TB and thanked the Ministry of Health & Family Welfare for strengthening national TB programme and also making gender responsive framework under the visionary leadership of Prime Minister Shri Narendra Modi. She further added that TB is a disease which is curable but there is a social stigma attached to it which must be removed so that people do not shy away from proper cure and healthcare especially women. Women suffering from TB not only battle the disease but also face stigma resulting in social and financial stress thereby affecting their treatment. It is our endeavour to spread awareness in this regards & debunk misconceptions surrounding TB, added the Minister. 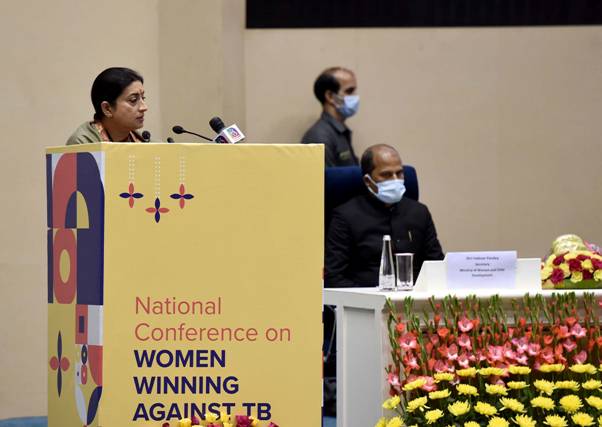 Union Minister for Women and Child Development asserted that never since independence of India has any government thought so much about women and their rights and empowerment as the current government led by the Prime Minister Shri Narendra Modi. She said that people live with a misunderstanding that women only will look for solution to women’s problems but here today all have gathered and are standing shoulder to shoulder to end this menace. Smt. Irani further added that the Prime Minister has made a samkalp of eradication of TB by 2025 which alone cannot be done by the Government and it needs massive community participation from parliamentarians, women groups, Anganwadis and in fact the entire nation should come together to make it a Jan Andolan. While concluding, the Union WCD Minister thanked all for putting women at the centre of the solution and said as we celebrate 75 years of Independence as part of Azadi Ka Amrit Mahotsav, there is a need for SabkaSaathSabka Vikas and Sabka Prayaas to defeat this menace.Smt Irani thanked the Parliamentarians who participated in the National Conference and expressed her gratitude to TB Survivors who graced the National Conference and shared their stories.

Union Minister for Health and Family Welfare, Shri Mansukh Mandaviyasaid thatTB can only be eradicated with the samkalp and vishwas that ‘TBharegadeshjeeteyga’. He said that only samkalp can take us to siddhi as exhorted by Prime Minister Shri Narendra Modi. Shri Mandaviya further added that we can only win over TB if all come together in this fight as it requires a Jan Andolan with community participation and not just efforts of Central and State Governments. The Union Health Minister further added that Prime Minister Narendra Modi has set the target of complete eradication of TB by 2025, ahead of the Sustainable Development Goals target (2030) and a lot of efforts are being made in this regard including ensuring proper nutrition to the patient. He said that a 3 day workshop to chalk out roadmap was held recently to ensure India becomes TB free by 2025. Shri Mandaviya praised the efforts made by Union Minister for Women and Child Development, Smt. Smriti Irani towards bringing all stakeholders together to deliberate on such an important issue.