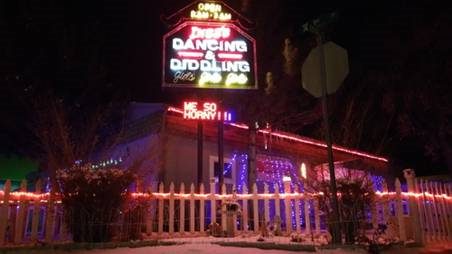 It should be noted that all the brothels are required to pay a $6,500 annual fee to the state council, in the two installments of $3,250 at the end of six months. Once the ordinance gets approval by the City Council the brothels will have to pay 50% of the fee for the next six months till September 30, 2020.

It would be interesting to know that owners of renowned registered brothels in the Elko City, namely INEZ’S D&D (https://inezsdd.com/), Mona’s Ranch, Sue’s Fantasy Club, and Desert Rose, have requested the state council for relaxation in the brothel fees for the period starting between July 1, 2020, and December 31, 2020. The brothels in the city were shut down on March 17, 2020, and still, there is no order from the government regarding their opening. However, the brothel owners could not get the relaxation in the license fee according to their expectations. Still, one thing which could be considered as beneficial to them is relaxation in the license fee for selling the liquor. The council has agreed to offer a rebate in the liquor fees not only for the bars but also for the bars located in the brothel houses. The request regarding relaxation of the liquor fee was made by The Stage Door Elko.

According to reports the ordinance that will be passed by the city council on an emergency basis will provide the relaxation in the license fee for the one quarter to the year, and will apply to the businesses that are not expected to reopen soon in the coming weeks. An interesting fact about brothels in Nevada is that they are one of the highest taxpayers in the state of Nevada, as compared to other sectors.