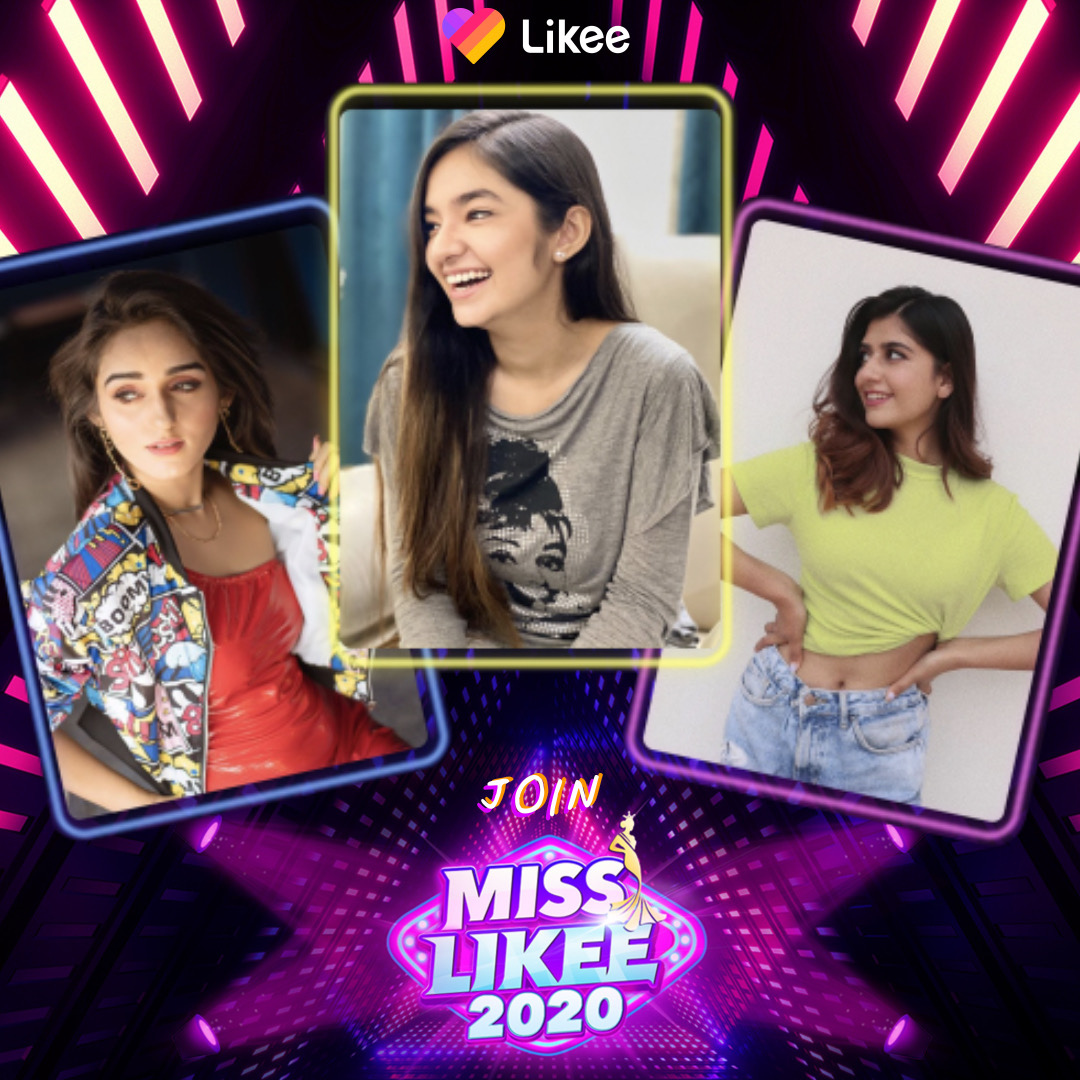 New Delhi, 17 June 2020: Likee, the pioneering short video platform by Singapore-based BIGO Technology Pte Ltd, has announced the launch of one of the most awaited digital events of the year, Miss Likee 2020, which is in tune with its tagline ‘Let you shine’. The talent pageant has been thrown open for millions of Likee users on the app, which is among the most downloaded short video platforms globally. The event will witness the convergence of talented young Indian women between in the age group of 18-25, who have taken to the short video format of social media. The lucky winner will be crowned Miss Likee 2020 and also get a chance to star in an upcoming music video by Bollywood production giant T-Series.

To launch the event on June 11, Likee introduced a dedicated H5 page on the app and released a video across different social media platforms, starring popular influencers and actresses Anushka Sen, Swati Chauhan and Tanya Sharma. Those willing to compete in the pageant have three options to choose from. They can create videos under three categories namely #DanceWithLikee (dance) #MissLikeeLook (beauty) and #MissLikeeCinema (acting). Top 50 videos with maximum likes will qualify for the second round, for which voting would be thrown open on Likee as well as other social media boards.

The voting will determine the participants qualifying for the top 10, who would then face live audience, along with a celebrity judge, in two separate live sessions on the app. The mental acumen of the participants would also be judged during the sessions and the winners would be determined jointly by the audience and the judges. This is slated to be followed by a talent show-cum-QnA session before a celebrity judge. In the grand finale, the winner will be crowned from among the final three. The celebrity judges include popular television and Bhojpuri cinema actress Monalisa, and the winners will be announced toward June end by Yaad Piya Ki Aane Lagi-fame Divya Khosla Kumar & actress Anushka Sen.

Speaking about the event, Likee India Head Abhishek Dutta said, “The event, which celebrates women power, was scheduled to be held earlier this year but eventually got delayed due to Covid-19 pandemic and lockdown situations. But we are happy that the event has been launched in the safest and most entertaining manner. We hope it to be a grand success.”

The ‘Miss Likee 2020’ event signifies that Likee believes all talented individuals must be given the same opportunity to achieve fame and popularity. This is for the first time that Likee is launching a digital talent pageant for its pool of female creators.