GEO Jobe is pleased to announce Danny Menikheim and Eric Goforth have been promoted to Vice Presidents within GEO Jobe. 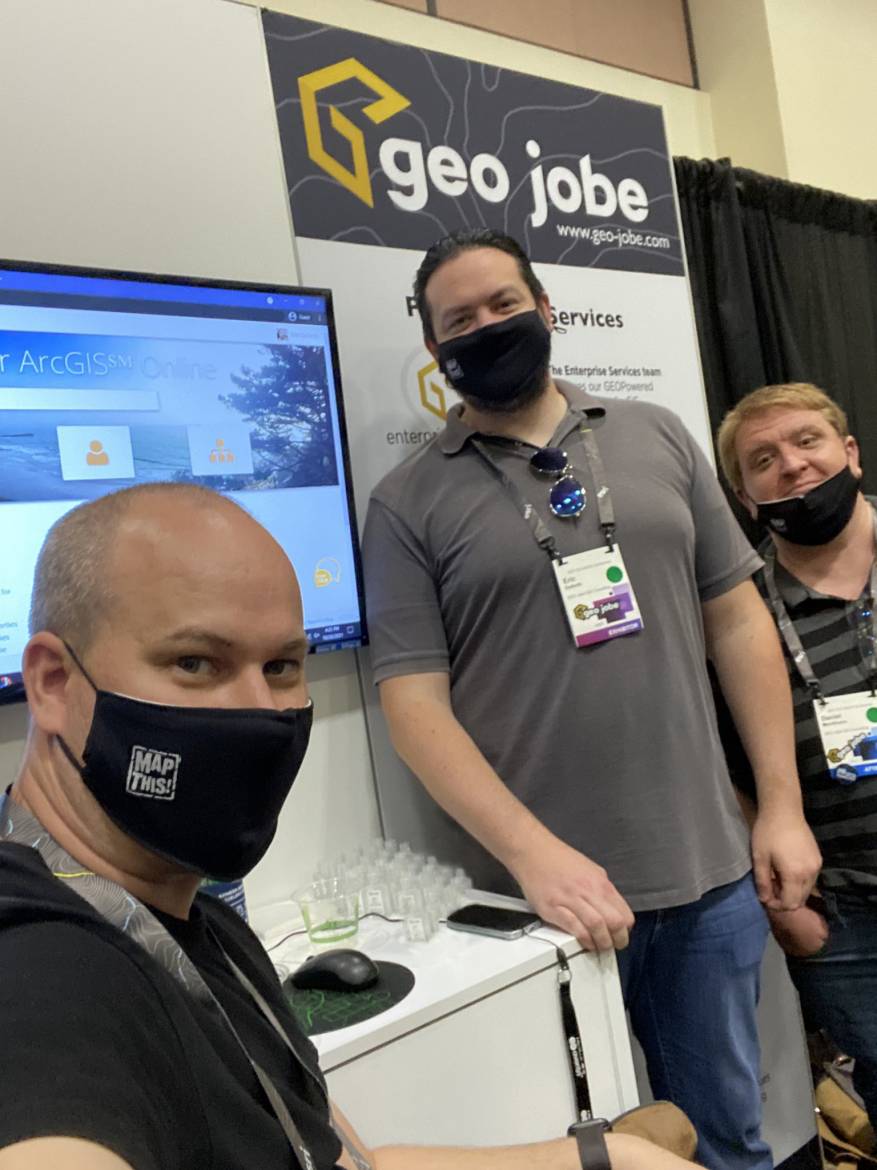 GULFPORT, Miss. – Aug. 2, 2022 – PRLog — Danny Menikheim will now be the Vice President of Operations overseeing all operational and administrative divisions of the company. Danny began working for GEO Jobe 5 years ago as a project manager. As the company grew and realized the need to create internal departments, Danny was appointed to Director of Operations. GEO Jobe’s rapid growth has again facilitated the need for restructuring, and Danny will now lead the operations team, the sales team, and the newly created support team. This is the third promotion Danny has received since starting at GEO Jobe in 2017.

Eric Goforth will now be the Vice President of Products and Services and will oversee employees across GEO Jobe’s 5 technical divisions. Eric began his career with GEO Jobe five years ago in 2017 as a Senior Front-End Engineer and was later promoted to Director of Professional Services where he led two senior software engineers, one application developer, and one junior application developer. Eric also cultivates and maintains many of GEO Jobe’s relationships with clients and other Esri business partners. This is the third promotion Eric has received since starting at GEO Jobe.

GEO Jobe prides itself on promoting from within and rewarding its employees for their hard work and dedication. With Danny and Eric’s knowledge and skills, they have become valuable members of GEO Jobe where they provide guidance and leadership. GEO Jobe is grateful for its commitment to making the organization a success and a globally recognized GIS company.

“The last five years at GEO Jobe have been truly amazing. In my time here the company has more than tripled in size and has expanded its global footprint considerably. I am humbled to have been a part of that growth, and am excited for the many opportunities we currently have that will facilitate more development for many years to come.”

“I’m honored to have been chosen for this position, and I look forward to being able to contribute even more to the growth of our team as we expand our reach to provide tools and consulting services to many more organizations out there in the world.”

GEO Jobe continues to grow year after year. This year alone, GEO Jobe has grown by a third. These promotions facilitate the organizational restructuring necessary to continue GEO Jobe’s development, which in turn creates job opportunities for people in Gulfport, Mississippi as well as across the United States and Canada.

“We are very fortunate at GEO Jobe to have access to such talented and hardworking people to promote from within. I couldn’t ask for a better executive staff as part of GEO Jobe leadership. Thank you for your hard work and congratulations to Danny and Eric on their well deserved promotions.” – David Hansen, Chief Executive Officer at GEO Jobe.

You can connect directly with Danny or Eric and the GEO Jobe team via connect@geo-jobe.com.

GEO Jobe is a leading GIS software and geospatial solutions provider, serving almost 9,000 organizations globally. GEO Jobe has developed some of the most popular applications in the ArcGIS Marketplace, including Admin Tools for ArcGIS, Backup My Org, Clean My Org, and Mapfolio. GEO Jobe is also a provider of the GEOPowered Cloud for ArcGIS, which is a managed service offering focused on Esri technology. GEO Jobe also offers professional services centered around Esri’s ArcGIS System, including custom software development, enterprise solution implementation, and UAV data collection. Founded in 1999, GEO Jobe is in its 23rd year of operation and has been an Esri business partner since 2002, and is currently a Gold Partner.

Promotions and Organization Inside Myth Mart

It was announced this morning that Myth Mart Stores’ General Manager, L. Alan Russo Jr., has stepped down from his management role to focus his attention on the newly formed Advisory Committee and commits to begin Chief Business Officer of The JayZoMon Dark Myth Company, LLC.

It was decided by the owner of The JayZoMon Dark Myth Company, LLC., to merge Myth Mart: West and Myth Mart Stores. In doing so, Gary Falls Jr. was promoted to the new General Manager of Myth Mart Store. He will move the main headquarters and Warehouse to Apple Valley, California.

The warehouse in Arkansas will also remain operational, as Veronica Russo has been promoted to Southeast Regional Manager for Myth Mart. She will be responsible for facilitating consumer purchases in her territory, which is Florida, Georgia, South Carolina, North Carolina, Virginia, West Virginia, Tennessee, Arkansas, Mississippi, Alabama, Louisiana, and Kentucky.

“Strategically, this is the best option, for not only Mister Russo, but for Myth Mart as well,” said David K. Montoya, Chairman, Chief Executive Officer, and Publisher, The JayZoMon Dark Myth Company, LLC. “As we begin to divide regions for Myth Mart, this opens the door to advance further our goals for larger global presents, not only for this particular division but for the entire company as a whole.”

About Myth Mart Stores
Myth Mart Stores is an independent online retailer offering books, comics, graphic novels, lithographs, clothing, and accessories at affordable prices. Our purpose is to build a worldwide network for independent creators can sell their items and not be cheated. The Company operates online with a warehouse in Nashville, Arkansas. For more information, please visit www.mythmart.com.

Forward-Looking Statements: This news release contains forward-looking statements subject to various risks and uncertainties. These risks and uncertainties include the conditions of the markets for the Internet, entertainment, and licensed merchandise, acceptance of the Company’s subsidiaries, media, and merchandise within those markets, and other risks and factors identified in documents filed with the Securities and Exchange Commission. Accordingly, actual results could differ materially from those currently anticipated. 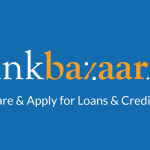 National, November 12, 2020: BankBazaar.com, India’s leading free credit score provider and online financial product marketplace, announced comprehensive hiring plans to support business expansion. The company, which recently announced that its revenues are back to 70% of the peak pre-Covid revenue, has plans to scale up its digital KYC offerings to facilitate contactless access to credit. Majority of the 500+ hires would be for the Technology and Customer Service domains as BankBazaar looks to accelerate innovation and enable faster integration of Digital KYC and analytics solutions – the key growth drivers for the company. Hiring will take place across all BankBazaar locations in Chennai, Bangalore, and Mumbai.

BankBazaar had a great run in the first five months of H2-FY20 and was trending to hit EBITDA positivity when Covid-19 hit in March 2020. In FY21, despite temporary setbacks due to the pandemic, BankBazaar retained the growth momentum with 6 months of straight revenue growth. This was achieved without any additional cost-cutting or reduction in employee strength during the pandemic. The company attributes this growth to their first-mover advantage when it came to facilitating Digital KYC solutions and their AI and ML predictive matching technology that connects customers to the right financial product.

Adhil Shetty, Co-Founder & CEO, BankBazaar, says: “Our performance in the last 7 months underscores the strength of our technology and our ability to help our partners in their journey towards an entirely contactless lending process. Achieving such great results in tough times would not have been possible without the support of our investors’ trust in BankBazaar and its vision, and our brilliant team which has pulled out all stops time and again to make BankBazaar synonymous with innovation and disruption. We are continuing to see an increase in the demand for digital alternatives, and we are readying ourselves with a bigger and more diverse team to drive the next phase of growth and profitability at BankBazaar.”

V Sriram, Chief HR Officer, BankBazaar, says: “We believe that FY21 will be a year of growth despite the challenges as India adopts Contactless processes more than ever. We are positive about hiring and are looking to welcome professionals who are culturally and technically fit to meet our organization’s high growth goals.” Along with increased hiring, the company is also rolling out salary increments and promotions across all levels effective 01 January 2021. Salary hikes will be identical to previous years. The company has also paid out bonuses for FY20 to the eligible employees.