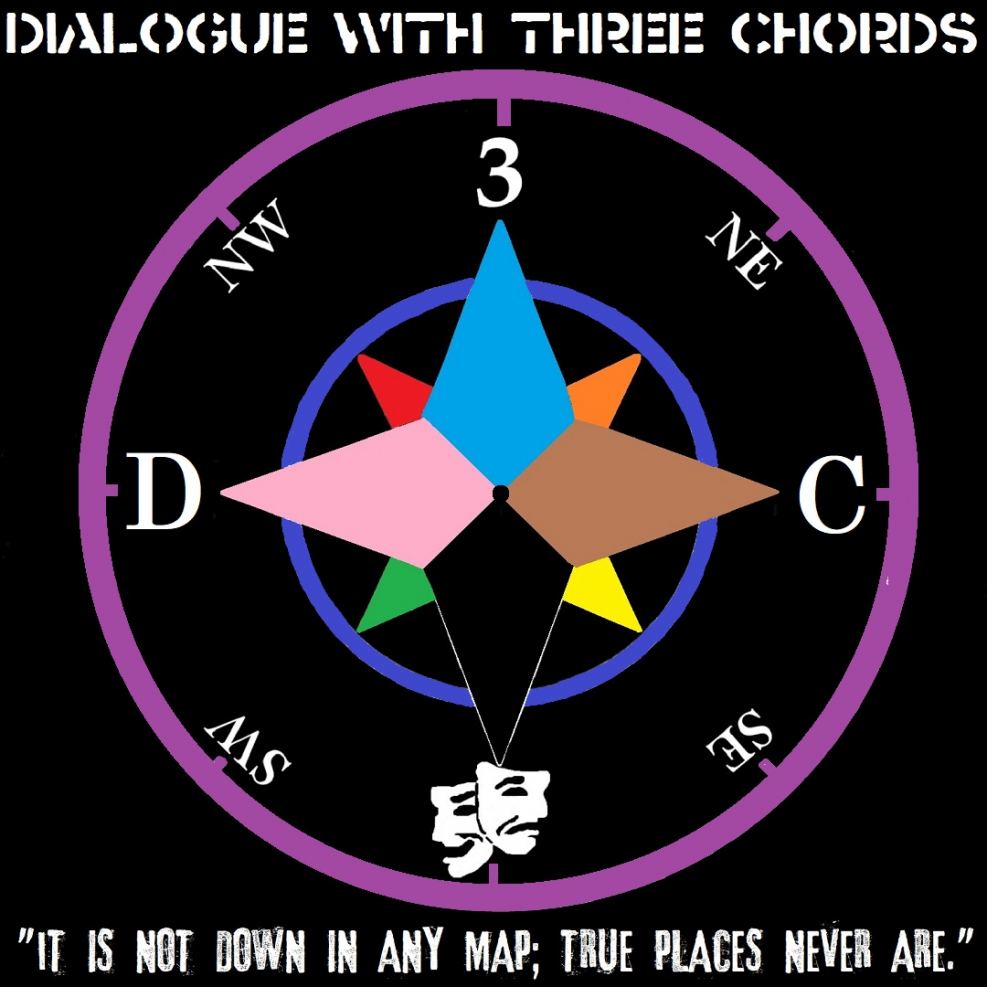 NEW YORK – June 7, 2021 – PRLog — Dialogue with Three Chords (D3C) celebrates Pride month with a virtual series that highlights some of their LGBTQ+ themed plays and the songs that inspired their creation. The series premiered on Youtube today as a “Pride 2021” playlist on the theatre group’s DthreeC channel. The first installment is “An Ill Sound in One’s Pronunciation,” a monologue performed by Ally Callaghan. Four songs that inspired the scene follow the video, from artists like Neko Case and Orville Peck. The list will be updated weekly.

D3C has featured a number of Queer stories in their over 10 years producing original indie theatre in New York City. “Queer stories are inextricable from D3C, they’ve been a part of our theatrical set list literally from day one,” said Edie Nugent, producer for D3C. “Our first performance in July of 2011 included the short play ‘The Rebel Sound of Fu*kin’ Around,”http://www.prlog.org/” which she says “follows a gay man’s visit home to the close-minded southern community he grew up in,” but left behind to go to an out of state college. It has since been expanded into a larger play.

“As a bisexual artist, I’ve always been able to see myself and my community in the plays we produce, and the actors we work with,” says Nugent. “It makes me feel really proud of our work, and the theatrical community we’ve created that we have so much material to draw from to celebrate Pride month.”

D3C just completed their tenth season of free indie theatre with the online serialized play: “The Apocalypse Survivors Club.” The series featured virtual performances on a monthly schedule, all written by Stephen Gracia and directed by Michael LoPorto, who also co-founded D3C in 2011.

The group’s tenth season also offered some bonus features to celebrate their tenth year. “There Are No More Songs in My Heart” is an album of apocalypse-themed folk/punk songs written by Gracia and LoPorto as “The Sellout Jackets.” The songs were written to accompany plays of “The Apocalypse Survivors Club” series and are available on the D3C Bandcamp page as a free EP: https://dthreec.bandcamp.com/

D3C also launched an Instagram Live interview series, “Keeping the Ghost Light On,” at the beginning of this virtual season. Featuring discussions with the actors from “The Apocalypse Survivors Club” series, the interviews highlight their experiences during the pandemic, and how they sustain their creativity in the absence of live performance. They can be found at: https://www.instagram.com/dialoguewiththreechords/channel/

Dialogue with Three Chords can be found at:

Dialogue with Three Chords was founded by Stephen Gracia and Michael LoPorto and applies the do-it-yourself philosophy of punk to the stage and features short plays and live music. Their work has also been produced at HERE Arts Center, Dixon Place, The SOHO Gallery of Digital Art, Sargent Theatre, Makor Theater, DUMBO Theatre Exchange, Levenson Hall at Brooklyn College, and the Theaters at 45 Bleecker.