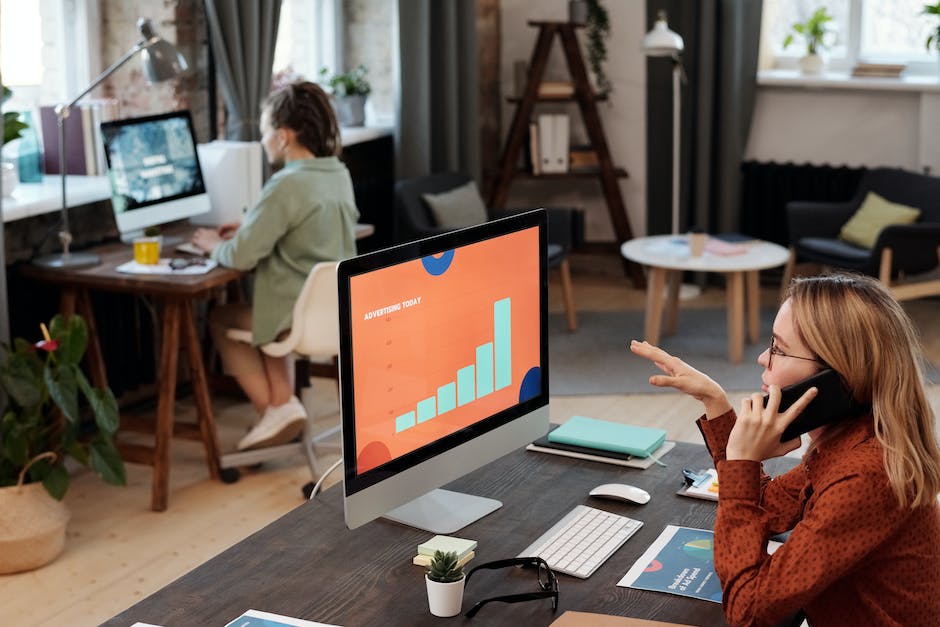 Addressing the gathering, the Prime Minister started by stressing that the 75 Digital Banking Units (DBU) will further financial inclusion and enhance banking experience for citizens. “DBU is a big step in the direction of Ease of Living for the common citizens”, he said. The Prime Minister informed that in such a banking setup, the government aims to provide maximum services with minimum infrastructure, and all of this will happen digitally without involving any paperwork. It will also simplify the banking procedure while also providing a robust and secure banking system. “People living in small towns and villages will find benefits like transferring money to availing loans. Digital Banking Units are another big step in that direction which is going on in the country to make the life of common man of India easier”, he added.

The Prime Minister said that the aim of the government is to empower the common citizen and make them powerful, and as a result, policies were made keeping in mind the last person and the entire government moving in the direction of their welfare. He pointed out the two areas on which the government worked simultaneously. First, reforming, strengthening, and making the banking system transparent, and secondly financial inclusion.

Recalling the traditional ways of the past where people had to go to the bank, the Prime Minister said that this government transformed the approach by bringing the bank to the people. “We have given top priority to ensure that banking services reach the last mile”, he said.  A huge change from the days when it was expected that poor will go to the bank to a scenario when the banks were going on the doorstep of the poor. This involved reduction of distance between the poor and the banks. “We not only removed the physical distance but, most importantly, we removed the psychological distance.” Highest priority was given to cover far flung areas with banking. The Prime Minister informed that today more than 99 percent of villages in India have a bank branch, banking outlet or a ‘banking mitra’ within 5 km radius. “Extensive Post Office network too was harnessed via India Post Banks for providing the banking needs to the common citizens”, he said. “Today the number of branches per one lakh adult citizens in India is more than countries like Germany, China and South Africa”, he added.

Despite initial misgivings in certain sections, the Prime Minister said, “today the entire country is experiencing the power of Jan Dhan Bank accounts.” He informed that these accounts enabled the government to provide insurance to the vulnerable at a very low premium. “This opened the way for loans for the poor without collateral and provided Direct Benefit Transfer to the accounts of the target beneficiaries. These accounts were the key modality for providing homes, toilets, gas subsidy, and benefits of schemes for farmers could be ensured seamlessly”, he said. The Prime Minister acknowledged the global recognition for India’s digital banking infrastructure. “The IMF has praised India’s digital banking infrastructure. The credit for this goes to the poor, farmers and labourers of India, who have adopted new technologies, made it a part of their lives”, he emphasised.

“UPI has opened up new possibilities for India,” the Prime Minister continued, “When financial partnerships are combined with digital partnerships, a whole new world of possibilities opens up. A huge example like UPI is before us. India is proud of this as it is the first technology of its kind in the world.” He informed that today 70 crore indigenous Rupay cards are in operation, a vast change from the days of foreign players and the elite nature of such products. “This combination of technology and economy is enhancing the dignity and affordability for the poor and empowering the middle class, while at the same time it is also eliminating the digital divide of the country”, he said. He also praised the role of DBT in eliminating corruption and said that more than 25 lakh crore rupees have been transferred in various schemes via DBT. He informed that he will transfer the next instalment to the farmers tomorrow. “Today the whole world is appreciating this DBT and the digital power of India. Today it is being seen as a global model. The World Bank has even gone so far as to say that India has become a leader in ensuring social security through digitization”, said the Prime Minister.

The Prime Minister informed that fintech is at the heart of India’s policies and efforts, and it is playing a key role in shaping the future. Digital banking units will further expand this capability of fintech. “If Jan Dhan accounts had laid the foundation of financial inclusion in the country, then Fintech would form the basis of financial revolution”, he said.

Referring to the government’s announcement of the launch of a digital currency based on blockchain technology, the Prime Minister pointed out that “Be it digital currency in the coming times, or digital transactions in today’s time, apart from the economy, many important aspects are associated with them”. He listed the savings, elimination of the hassle of physical currency and environmental benefits as key advantages. The Prime Minister pointed out that paper and ink for currency printing are imported, and by adopting a digital economy we are contributing to a self-reliant India while also benefiting the environment by reducing the consumption of paper.

The Prime Minister pointed out that banking today has gone beyond financial transactions and has also become a medium of ‘Good Governance’ and ‘Better Service Delivery’. Today, this system has given rise to immense possibilities for growth for the private sector and small-scale industries as well. He further added that there is hardly any area in India in which product and service delivery through technology is not creating a new startup ecosystem. “Digital economy today is a great strength of our economy, of our startup world, of Make in India and of self-reliant India”, he said. “Today our small industries, our MSMEs are also participating in government tenders through a system like GEM. They are getting new business opportunities. So far, orders worth Rs 2.5 lakh crore have been placed on GEM. Many more new opportunities will now arise in this direction through digital banking units”, he added.

“The economy of any country is as progressive as its banking system is strong”, the Prime Minister remarked. He informed that the country has shifted from the pre-2014 ‘phone banking’ system to digital banking in the last 8 years, and as a result, India’s economy is moving forward with a continuum. Recalling the old ways, the Prime Minister pointed out that before 2014, the banks used to get phone calls to decide their functioning. He further added that phone banking politics had made the banks unsafe and made the country’s economy insecure by sowing the seeds of thousands of crores of scams.

Throwing light on how the present government had transformed the system, the Prime Minister informed that transparency has been the main focus. He continued, “After bringing transparency in the identification of NPAs, lakhs of crores of rupees were brought back into the banking system. We recapitalized banks, took action against willful defaulters, and reformed the Prevention of Corruption Act.” He further noted that the resolution of NPA-related issues was expedited with the help of IBC while promoting the use of technology and analytics for loans, for the creation of a transparent and scientific system. “Decisions such as the merger of banks were victims of policy paralysis and the country took them boldly. The results of these decisions are before us today”, he added. He informed that a new self-driven mechanism is now being created for the banking system through new initiatives like digital banking units and innovative use of Fintech. There is as much autonomy for the consumers, there is also the same convenience and transparency for the banks, he said while asking the stakeholders to take the movement further.

In concluding his address, the Prime Minister urged the small business owners from villages to completely move towards digital transactions. He also urged banks to connect 100 merchants with them for going totally digital for the benefit of the country. “I am sure, this initiative will take our banking system and economy to a stage which will be future-ready, and will have the capability to lead the global economy”, Shri Modi concluded.

Union Minister of Finance, Smt Nirmala Sitharaman and Governor of Reserve Bank of India, Shri Shaktikanta Das were among those present on occasion among others. Chief Ministers, Union Ministers, State Ministers, Members of Parliament, banking leaders, experts and beneficiaries were connected via video conferencing.

In yet another measure to deepen financial inclusion, the Prime Minister, Shri Narendra Modi dedicated 75 Digital Banking Units (DBUs) to the nation via video conferencing.

As part of the Union budget speech for 2022-23, the Finance Minister announced setting up the 75 DBUs in 75 districts to commemorate our country’s 75 years of independence. The DBUs are being set up with the objective to ensure the benefits of digital banking reach every nook and corner of the country and will cover all the States and Union territories. 11 Public Sector Banks, 12 Private Sector Banks and one Small Finance Bank are participating in the endeavour.

DBUs will enable customers to have cost-effective, convenient access and enhanced digital experience of banking products and services throughout the year. They will spread Digital Financial Literacy and special emphasis will be given to customer education on cyber security awareness and safeguards. Also, there shall be adequate digital mechanisms to offer real-time assistance and redress customer grievances arising from business and services provided by the DBUs directly or through Business Facilitators/ Correspondents.


Today, 75 Digital Banking Units are being launched across India. These will significantly improve banking experience for the citizens. pic.twitter.com/2ZSSrh3EEc


Two aspects have been focused on to improve the banking services. pic.twitter.com/7mIzim4U63


We have given top priority and ensured that banking services reach the last mile. pic.twitter.com/iTLZPsg81P


We are moving ahead with the resolve to transform the standard of living of every citizen. pic.twitter.com/YZRQyEZANq


The credit for success of India’s banking infrastructure goes to the citizens. pic.twitter.com/UbRHpNNcYq


UPI has opened up new possibilities for India. pic.twitter.com/56mwfd8flO


Today the whole world is appreciating DBT and digital prowess of India. pic.twitter.com/qAFZeBHkH3