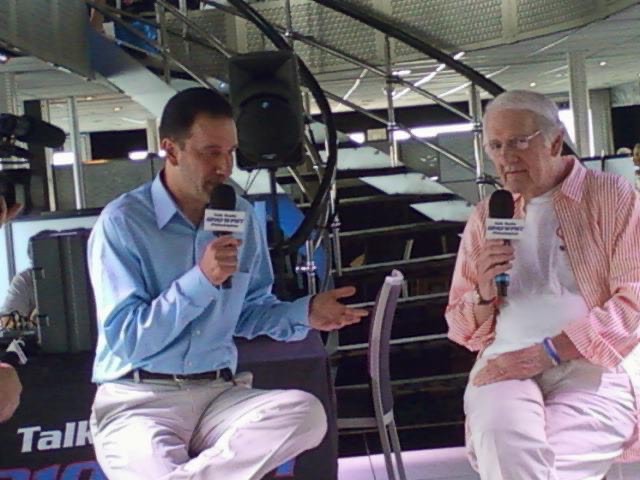 NEPTUNE, N.J. – April 25, 2022 – PRLog — Brian Mark, son of legendary broadcaster Sid Mark, and Executive Producer of Orange Productions’ nationally syndicated radio program The Sounds of Sinatra with Sid Mark, will be a very special guest speaker at a musical event program which will honor the legacy of his father, Sid Mark.

Sid Mark, the popular and iconic radio host, passed away on April 18th, 2022. He was a consummate professional whose remarkable broadcast career spanned 65 years, during which he filled the airwaves with his eloquent delivery, classic Sinatra songs, enduring anecdotes and fascinating details about Frank Sinatra and his music. In addition to the Sounds of Sinatra program, Mr. Mark had two other long-running shows, Sundays With Sinatra airing on WPHT-AM (1210) and Fridays With Frank. In the 1960’s Sid Mark developed a loyal and close relationship with Frank Sinatra, a friendship that lasted throughout their lifetimes. Sid Mark formed Orange Productions, with a nod to the color orange, Frank Sinatra’s favorite hue.

Brian Mark has spent the last 30 years producing the Sounds of Sinatra alongside his father, Sid Mark.  They shared a tremendous number of experiences with both radio personalities and entertainment luminaries such as Frank Sinatra Jr., Nancy Sinatra, Tony Bennett, Vic Damone, and more.  “Working with my father has been the best years of my life and I look forward to continuing the tradition of Sid Mark & Frank Sinatra.” said Mark.

Chuck Granata, a guest speaker at the event and a close friend of Brian and Sid Mark, will join Brian, sharing his personal insights as part of the remembrance of Sid Mark.

Mr. Granata is a writer, record producer, music historian and archivist. He is the author of 4 books, including the award-winning book Sessions with Sinatra: Frank Sinatra and the Art of Recording. He is also the producer of Nancy Sinatra’s weekly radio program “Nancy for Frank” on Sirius-XM radio.

“Brian Mark, who will be speaking at our event so soon after his Dad passed away, will forever be a treasured moment for all attendees” said Karen Morris, who is producing the May event. “We are so grateful that Brian, as well as Chuck Granata, will take time to discuss and honor the memory of Sid Mark and his distinguished career.”

Another event guest speaker, Dana Polan, Professor of Cinema Studies at New York University, will join Mr. Granata to extend the discussion about the career of Frank Sinatra.

Mr. Polan taught about Frank Sinatra at NYU and has lectured about him at Ohio State University and Notre Dame. He is the author of 10 books in film and media.

During this special event, guests will enjoy a buffet lunch, as well as a live performance by Jazz Vocalist Zack Alexander, the winner of the 2016 ‘Sinatra Idol’ competition in Hoboken.

Advance tickets are required to attend and are on sale now. For more info, contact Karen Morris at sand3737@gmail.com