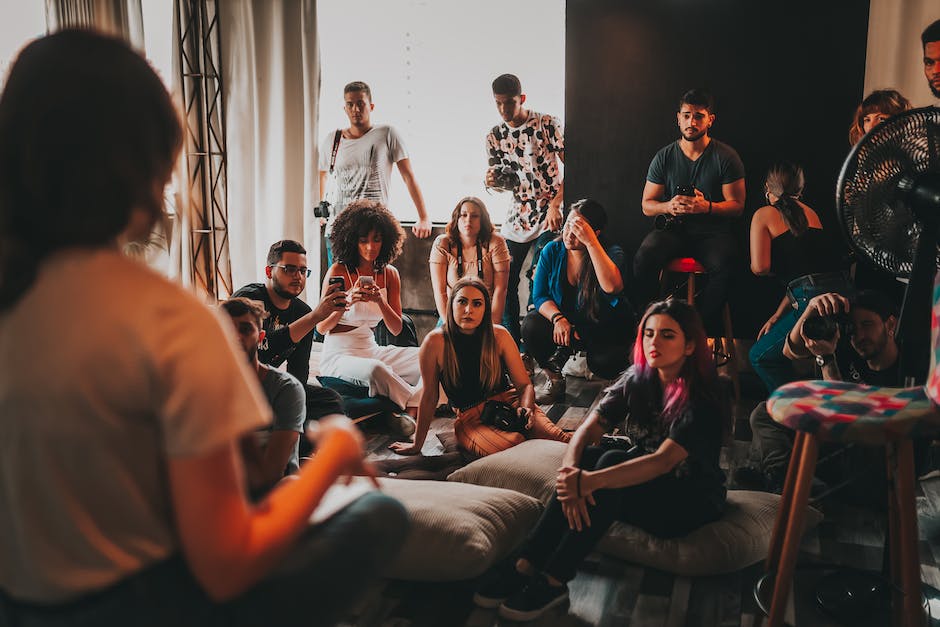 Following is the speech by the Chief Executive, Mrs Carrie Lam, at A New Journey with Greater Opportunities – Virtual Tour to the Greater Bay Area for Foreign Businesses in Hong Kong today (November 26):

It gives me great pleasure to join the event today organised by the Office of the Commissioner of the Ministry of Foreign Affairs on the Guangdong-Hong Kong-Macao Greater Bay Area (GBA). I must first express my deepest gratitude to the Commissioner and his colleagues for putting together such a rich programme to update the business community in Hong Kong on the GBA developments, especially at a time when the COVID-19 pandemic has made travelling across the border not an easy experience. I understand this event has been accorded significance by the relevant ministries and commissions as well as the Guangdong authorities. I am sure participants will learn a lot more about the opportunities available for business and investment through the virtual tour of some enterprises in the GBA Mainland cities. That said, as the Chief Executive of Hong Kong, I fully appreciate that seeing and interacting in person is still important and I can assure you that the HKSAR Government is working very hard to resume some quarantine-free travel into the Mainland, and good progress has been made to date, with the second meeting with our Mainland counterparts held in Shenzhen yesterday (November 25).

The theme of this event is “A New Journey with Greater Opportunities”, a very apt description of what the GBA will offer. Indeed, my GBA journey commenced on the first day of my taking office as the Chief Executive of the Hong Kong Special Administrative Region when on 1 July 2017, witnessed by President Xi Jinping, the National Development and Reform Commission (NDRC) and the Governments of Guangdong, Hong Kong and Macao signed the Framework Agreement on Deepening Guangdong-Hong Kong-Macao Cooperation in the Development of the Greater Bay Area right here in Hong Kong. After thorough preparatory works spearheaded by the NDRC, the Outline Development Plan for the Guangdong-Hong Kong-Macao Greater Bay Area was promulgated in February 2019 and a large-scale seminar took place also in Hong Kong attended by leaders of the nine GBA Mainland cities and the Guangdong Governor, as well as the Chief Executives of the two Special Administrative Regions (SARs). I believe some of the guests in this forum have also attended that forum. Within the Hong Kong SAR Government, I personally chair a high-level steering committee to press ahead with policy measures and co-operation projects and a dedicated GBA Commissioner was created to provide focal support.

By now, I believe our business friends are familiar with the potential of the GBA. With a total population of 86 million, a combined GDP of US$1.7 trillion and a per capita GDP of over US$19,000, the Greater Bay Area is an economic powerhouse providing continuous impetus to Hong Kong’s economy, and is undoubtedly the best entry point through which Hong Kong integrates into the overall development of our country.

During my GBA journey, I come to the conclusion that the GBA development embraces several key factors for its success. First and foremost is the support of the Central Government. The GBA development is personally conceived, steered and guided by President Xi Jinping. It has been given top leaders’ attention through a Leading Group for the Development of the Greater Bay Area convened by Vice Premier Han Zheng, of which the two SAR Chief Executives are members. Since the promulgation of the Outline Development Plan, many ministries and commissions have released guidelines or plans setting out their support for the GBA development. Policy measures have been introduced to facilitate Hong Kong’s businesses and professionals to tap into the GBA market. Notable ones include liberalisation to facilitate entry of Hong Kong legal and construction professional services as well as Hong Kong-registered drugs and medical appliances, and most recently, in September, the launch of the Cross-boundary Wealth Management Connect scheme. To facilitate flow of talents within the GBA and respond positively to the aspirations of the international chambers of commerce in Hong Kong, many of whom are present here, for the facilitation of non-Chinese Hong Kong residents to travel to the Mainland cities of the GBA, I have put forward concrete proposals to the Central Government. As reported in my 2021 Policy Address, through the helpful co-ordination of the Hong Kong and Macao Affairs Office, the Hong Kong SAR Government hopefully will discuss this matter with the relevant Mainland authorities in due course.

The second factor for the GBA’s success is its compatibility with the country’s vision and aspirations as contained in the National 14th Five-Year Plan, which Commissioner Liu has touched upon. Not only is there dedicated reference to the GBA being an important regional development, the commitment to develop a high-quality GBA will call for more openness and innovation, more international co-operation and more synergy between Hong Kong and the Mainland cities. Businesses based in Hong Kong will certainly enjoy the first-mover advantage.

Thirdly, the GBA’s geographical advantages and a large market share in air and sea traffic put it at the forefront as a transport hub. The internal connectivity within the GBA has also benefited from major infrastructure such as the Hong Kong-Zhuhai-Macao Bridge and the high-speed train. Looking ahead, the additional cross-border rail projects that I have announced in my 2021 Policy Address in the context of the Northern Metropolis Development Strategy, such as the one connecting Hung Shui Kiu in the north-western part of Hong Kong to Qianhai in Shenzhen, as well as the upgraded border control points adopting co-location and other facilitating clearance procedures, will significantly enhance people flow.

Fourthly, the GBA region not only leads the country in terms of its level of economic development, but also enjoys strong complementarity particularly with Hong Kong. For instance, in the area of innovation and technology, Hong Kong’s strengths lie in basic research and higher education, and these complement very well with the Mainland cities’ industrial capability. The strong partnership between Hong Kong and Shenzhen in building what we now call “one zone, two parks” in the Shenzhen-Hong Kong Innovation and Technology Co‑operation Zone is unprecedented. The Governments of both sides have already signed a co-operation arrangement and launched joint policy to attract talents and enterprises to develop in the Co-operation Zone in September. In my 2021 Policy Address, I put forward the Northern Metropolis Development Strategy, which is the first strategic plan or action agenda of the Hong Kong SAR Government with a spatial concept and strategic mindset going beyond the administrative boundary of Hong Kong and Shenzhen. Under this Development Strategy, about 150 hectares of additional land around Lok Ma Chau/San Tin will be consolidated with the Hong Kong-Shenzhen Innovation and Technology Park in the Lok Ma Chau Loop to form what we now call the San Tin Technopole. This, together with the Shenzhen Innovation and Technology Zone, will form an even larger Shenzhen-Hong Kong Innovation and Technology Co-operation Zone of approximately 540 hectares, combining the strengths of both Hong Kong and Shenzhen to pool together local and non-local innovative resources, and becoming an essential propeller for the development of an international innovation and technology hub in the GBA.

Hong Kong’s role as an international financial centre will provide a platform for overseas capital to enter the GBA and for Mainland companies to raise capital in accessing the global markets. In this respect, apart from launching recently the Cross-boundary Wealth Management Connect scheme, which brings abundant business opportunities for our banks, we are expanding further the channels for the two-way flow of cross-boundary Renminbi funds and developing offshore Renminbi products and tools to consolidate Hong Kong’s status as a global offshore Renminbi business hub. We will also facilitate more issuance of offshore Renminbi bonds in Hong Kong, such as bonds successfully issued by the Shenzhen Municipal Government in October this year, the first of this kind, and continue to explore the expansion of the scope of Shenzhen-Hong Kong Stock Connect, facilitate application of cross-boundary fintech, and strengthen co-operation on green and sustainable finance.

Another example is aviation. With the support of the Central Government and the Guangdong Province, the Airport Authority of Hong Kong is actively following up on equity injection into the Zhuhai airport on the basis of market principles in order to strengthen airport co‑operation of the two places. The Hong Kong SAR Government will also endeavour to establish a high‑end aviation industrial cluster in Zhuhai in collaboration with the Guangdong Province, encompassing such fields as aircraft maintenance engineering, manufacturing and distribution of aircraft parts and components, and research on aircraft engineering. These are part of our strategy to consolidate Hong Kong’s status as an international aviation hub.

Above all, the fact that the GBA has been regarded as a further step in taking forward the practice of “One Country, Two Systems” is, in my view, the most reassuring factor of its success on a sustainable basis. This is especially so following the two important initiatives taken by the Central Authorities in the last two years, namely the enactment and implementation of the National Security Law and the improvements to the Hong Kong SAR’s electoral system. After overcoming serious political challenges, Hong Kong is back on the track of “One Country, Two Systems” and Hong Kong is poised to take full advantage of her unique strengths under our constitutional order.

Finally, let me thank Commissioner Liu again for putting together such a meaningful event. I am sure our Mainland speakers will have more insights to share and the virtual tour will be both informative and exciting. I do look forward to Hong Kong hosting a major GBA forum when we celebrate the third anniversary of the promulgation of the Outline Development Plan next February, at which I will welcome you all in person.

I wish the event every success and all participants good health and good business. Thank you very much.