Shri Jyotiraditya M. Scindia, Union Minster of Civil Aviation has called for cooperation and support of all stakeholders, particularly States and UTs, in strengthening the Civil Aviation sector. Addressing the Conference of the ministers of Civil Aviation from States and UTs here today, Shri Scindia said that the sector contributes significantly to the economic development of the country but is probably the worst sufferer due to pandemic. He said that with the collective efforts, we can work for providing better passenger facilities, and strive for the sector’s expansion and decentralization. Assuring the States and UTs of full support from the centre, the Minister said that your success will lead to our success. Shri Scindia said that the Government does not work in silos, and the Whole-of-the-Government approach has helped the Ministry tackle the Covid-19 effectively, and convert the crisis into an opportunity. The domestic aviation sector suffered a lot during the period. The Government set up 9 advisory groups, covering a wide array of sub-sectors like Airlines, Airports, MROs, Flying Training Schools, cargoes, Ground handlers, Aircraft manufacturing, and their meetings have been yielding good results.

The Minister appealed to the States and UTs to bring down VAT on aviation fuel as it contributes majorly to the operational cost of the flights. He thanked a number of them who have drastically cut the rates, saying that they have gained larger air traffic movement within a short period of the reduction. He said that the sector has large cost-benefit ratio and also huge employment potential. Shri Scindia also called upon them to facilitate new airports by swiftly handling the land allotment issues. He said that the Ministry will be doubling the Airports and taking the number to 200 plus by the year 2023-24. The Minister emphasised on setting up at least one heliport in each district in collaboration with States/UTs. On the issue of seaplanes, the Minister said that the States should provide Capital support for this initiative. 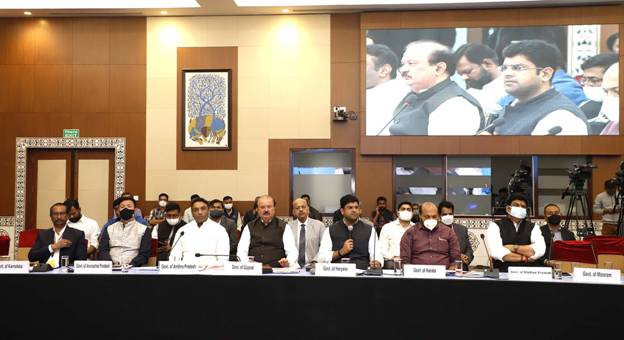 On the issue of drones, Shri Scindia said that it is Prime Minister’s vision to have a leadership role for the country in the sector, and rules have been framed for promoting it. Production Linked Initiative in the sector will provide further push. Similarly, new initiatives have been taken in the sectors of MRO, Flying Training Organizations, Last Mile Connectivity, Cargo handling, Krishi Udaan, so that the bottlenecks are removed, and the sector gains the growth and pre-eminence.

Minister of Social Justice and Empowerment Dr Virendra Kumar and Minister of State for Civil Aviation Gen (Dr) V K Singh (Retd) also addressed the inaugural session. A booklet “Access: The Photo Digest-Demystifying accessibility in civil Aviation” was released, with the aim of creating awareness about accessibility needs and corresponding travel related facilities for Divyangjans. This handbook provides a simple at-a-glance understanding of the subject of accessibility in airports being made available through sketches and a photograph-based reference book. It compiles photographs from 63 international and domestic airports across India. These photographs demonstrate the 10 basic features of accessibility along with additional special features of accessibility provided at airports that pertain to the civil aviation sector. The photographs assembled and presented on Airports would help in demystifying accessibility for the purpose of it being provided in the public infrastructure and services in the overall endeavour to make India universally accessible and inclusive for all. 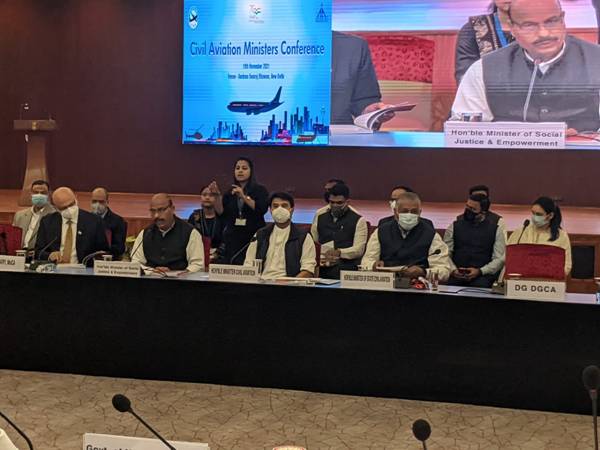 During the launch, Minister for Social Justice and Empowerment Dr. Virendra Kumar acknowledged the efforts made by MoCA for making provisions of accessibility, not just in airport buildings but also in the air travel services, which prove helpful for Divyangjan as well as for the elderly, pregnant women, people with temporary disability owing to an accident or surgery. He emphasized on the need for end to end accessibility from information dissemination to services provided and accessible infrastructure for moving towards the goal of accessible and inclusive society.

Various State Ministers and senior functionaries participated in the discussions on the sector, and deliberated on the issues threadbare. Secretary, Civil Aviation Shri Rajiv Bansal and senior officials of Ministry of Civil Aviation and states and UTs were among those present on the occasion.