Stating that the SEEPZ established in 1973, initially to promote electronics manufacturing in India, needs a complete make over, Shri Goyal said “Let’s aim for transformational change and not incremental change. Let’s bring back the vibrancy into SEEPZ like the earlier years”, addressing the exporters and trade partners.

The Minister said, “I am confident that with everyone’s cooperation, SEEPZ can be made modern and world class. We can think of a public private partnership scheme whereby industry units who revamp their properties can be given exemption from rent revision for 10 years.”

Stating this, he urged the exporters based at SEEPZ to collectively decide about making the Common Services Centre operational and revamping the SEEPZ premises and transforming some centres here into swanky new state-of-the-art centre for serving international customers. The Minister also suggested that India Trade Promotion Organization (ITPO) could have a 30,000 – 40,000 sq. ft. Exhibition Complex at SEEPZ to facilitate buyer-seller meets.

Citing the example of Surat Diamond Bourse, he urged SEEPZ to take help in terms of facilitation for this work. The Minister also cited the example of Rs 4,000 crore makeover of Pragati Maidan in Delhi. Shri Goyal said the Centre has already announced Rs 200 crore aid for internal expansion and refurbishment of one of India’s oldest Export Processing Zones. 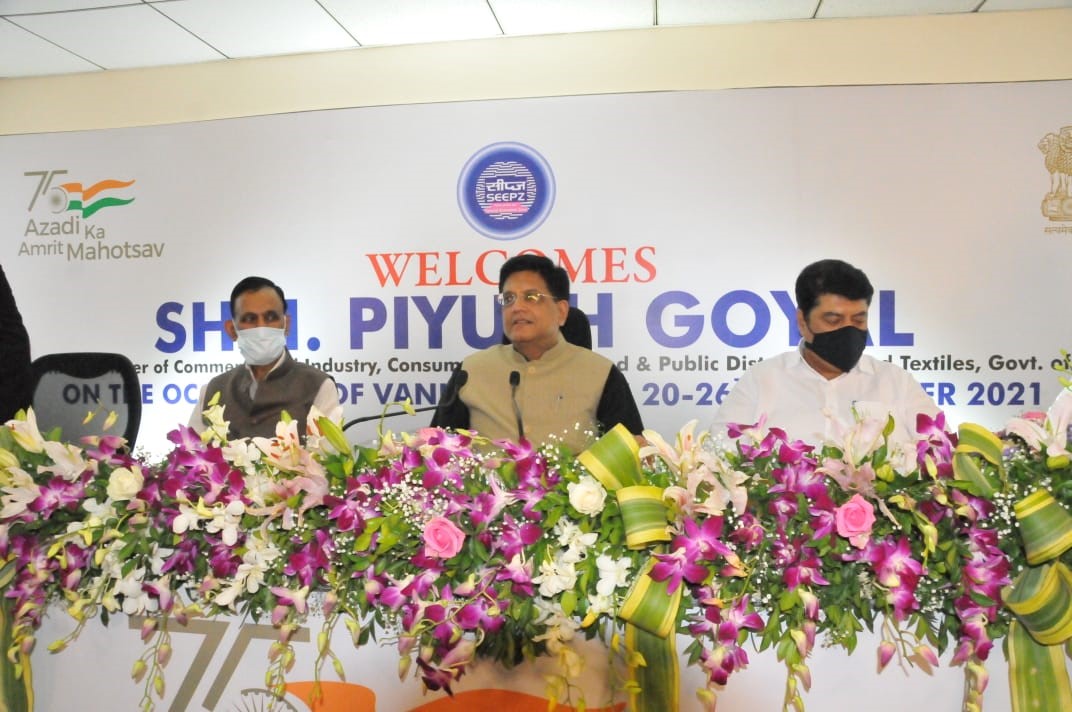 Shri Goyal further said, “We’re doing partial de-recognition of SEZs, we’ve liberalised a number of rules already, we’ve now allowed everyone to be multi-sectoral including SEEPZ.  We’re also discussing how the SEZs can play a more important role in the Domestic Tariff Area(DTA) through an equilisation levy”.  The Minister said that we should be looking at $30 billion export from SEEPZ.

The Minister also stated that many of the issues raised by exporters, like permission to allow e-commerce seamlessly for artificial jewellery upto 800 dollars, are under consideration by High Powered Committees. Shri Goyal said he is “fighting hard” for the gem and jewellery sector to get 5% duty concession which they are currently charged in UAE, as part of Early Harvest Agreement.  The Minister also stated that more Free Trade Agreements are being finalized with UK, UAE, Australia and EU, to try and provide more market access to exporters. 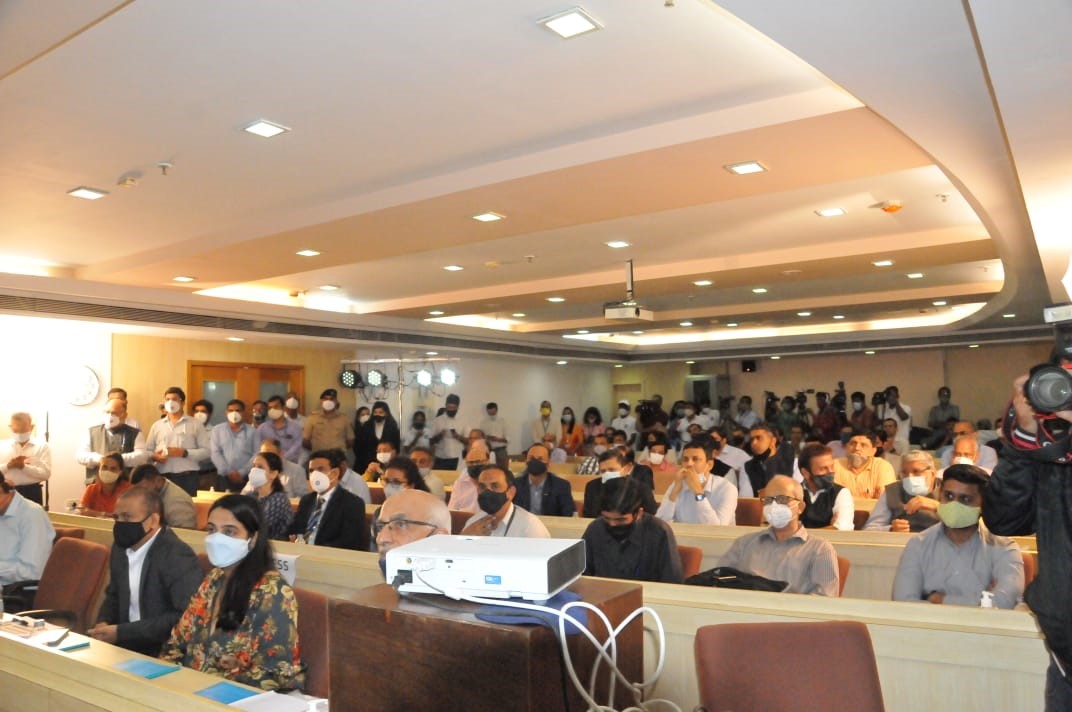 All 739 districts of the country are celebrating Vanijya Saptah from 20-26 September 2021, as part of Azadi Ka Amrut Mahotsav, with more than 250 programmes organized across the country. The Minister complimented all exporters and stakeholders for their support in making international trade simpler, grow faster, seamless and become an engine of growth for our economy in the years to come.

The Minister’s speech at the event can be accessed in the link given below.