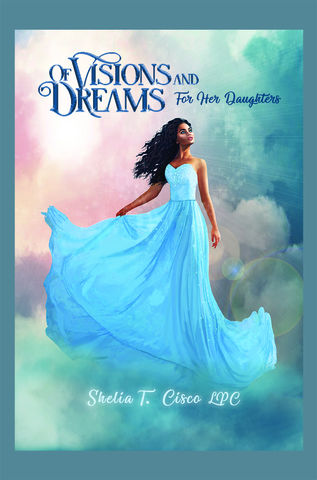 Of Visions and Dreams: For Her Daughters, a new book by Shelia T. Cisco, has been released by Dorrance Publishing Co., Inc.

Of Visions and Dreams: For Her Daughters is as relevant today as it was when it was written. The poems could have been written shortly after the evening news, as it reflects the culture in which we live. Many of the concerns with race, economics, and religion are challenged as it questions what we believe and how we are living that out at this time in our nation’s history.

About the Author
Shelia T. Cisco’s hobbies are helping with the community food drives and coats closets for the poor. She is a seasoned culinary chef of natural and wholesome foods. She also loves long walks in the country and forest. Special interests are singing and performing in choirs and solo performances as a mezzo soprano.

Shelia has been married to a mental health professional for the past five years: Washington Cisco. She has experienced being widowed twice and raising her three daughters. Currently an LPC (License Professional Counselor) in Illinois, she works with the inmate population in Corrections. Past professional experiences include nursing and working as a hospice nurse in Delaware. Shelia is also a member of the ACA.

Of Visions and Dreams: For Her Daughters is a 38-page paperback with a retail price of $19.00 (eBook $14.00). The ISBN is 978-1-6366-1357-4. It was published by Dorrance Publishing Co., Inc of Pittsburgh, Pennsylvania. For members of the press, to request a review copy, visit our virtual pressroom at http://dorrancepressroom.com/ or to buy the book visit our online bookstore at https://bookstore.dorrancepublishing.com/of-visions-and-dreams-for-her-daughters/