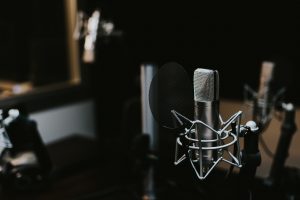 Sarthak Kaushik has always been India’s most admired Radio Jockeys. He has a refreshing style of his own and he was very good with the younger generation. He also uses a combination of Hindi and English that appeals to the younger audience. His spirit used to resonate with his listeners. No wonder, he was called “Dilli Ki Battery” in ISHQ 104.8’s promos.

He was with the channel for 4 years. On being asked about him not being there, was mentioned that he was told that he was too English and not mass enough. He resigned with distress. The listeners are extremely unhappy by the way he was treated although Sarthak has been quiet on his treatment.

RJ Ashish has made a lot of effort to fill in Sarthak’s shoes. He has also been able to get some endorsements from celebrities about his show. He also does a good parody as Purushottam. However, the channel is not able to get close to what Sarthak has achieved for them.  The channel should try to get him back.

Sarthak was previously with 94.3 Radio One, HIT 95 FM, and AIR. He was also a Senior Correspondent with Times Now and a Producer with Headlines Today.