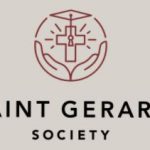 The Boyd Family scholarship will provide tuition assistance to families and students of all faiths who wish to attend Nouvel Catholic Central Schools.

“The Boyd family has provided nearly one hundred years of combined service to Catholic education in Saginaw,” said SGS President, Pete Ramah. “The family’s unmatched success on the playing fields pales in comparison to the positive impact the family has had on forming young adults in the teachings of Christ and reaching their academic potential.”

The SGS awarded $75,000 in renewable scholarships to 68 students who attended Nouvel Schools in 2019-20. Ramah expects the Boyd Family Scholarship to increase those numbers.

The Boyd family’s contributions to Catholic education stretches back decades.

Smokey’s two sons, Christopher and Michael, were educated at SS Peter & Paul High School. They followed in Smokey’s footsteps, serving as coaches for the Nouvel football team, with Michael ultimately taking on an extended role at the school.In addition to hismany years as an assistant coach for the Panthers, Christopher’s contributions include service as the president of the Nouvel school board and long term board member.

Michael Boyd starred in football at SS Peter & Paul and Alma College. He came back to serve as an assistant to his father at Nouvel in 1990.When Smokey retired, Michael took over as head coach in 2000. In all, Michael served as a Nouvel school administrator for 21 years. During his tenure, he served as both athletic director and dean of students. Under his leadership, Nouvel was selected as Michigan’s top high school athletic program by Sports Illustrated magazine. Michael was the Panther’s head football coach for 19 years, in addition to the nine years spent assisting his father. With Michael in a coaching role, Nouvel won 19 District and Regional titles and three State Championships. Boyd was twice named State Coach of the Year and led 14 Academic All-State teams.In 2019, he joined his father as a member of the Michigan High School Football Coaches Hall of Fame.

Smokey, Michael, and Christopher cite Betty Boyd as the unifying force of the family. Betty was a long-time educator at SS Peter & Paul Elementary school and served on numerous Catholic School Committees. She and Smokey have been married for nearly 70 years. The positive impact that this family has had on generations of Saginaw Catholic School students is due to the loving support and encouragement of Betty as a wife and mother.

“The Boyd family has cherished Catholic school education beginning with my father attending Saginaw SS. Peter & Paul,” said Michael Boyd. “We have always believed in faith-based education and the significant difference it has made in each of our lives and the lives of others, including Christopher’s three children and my own two daughters. The strength and accessibility of Catholic education in our community has and will continue to be a priority for our family for generations to come. Our family is honored to be members of the Nouvel community and humbled to be recognized through this scholarship. ”

The Boyd Family Scholarship is a donor-advised fund and will be part of the Saint Gerard Scholarship program. It will be designated as long-term with endowment provisions. Interest from the fund will accumulate and be distributed each year into the general scholarship awards made by the Saint Gerard Society.