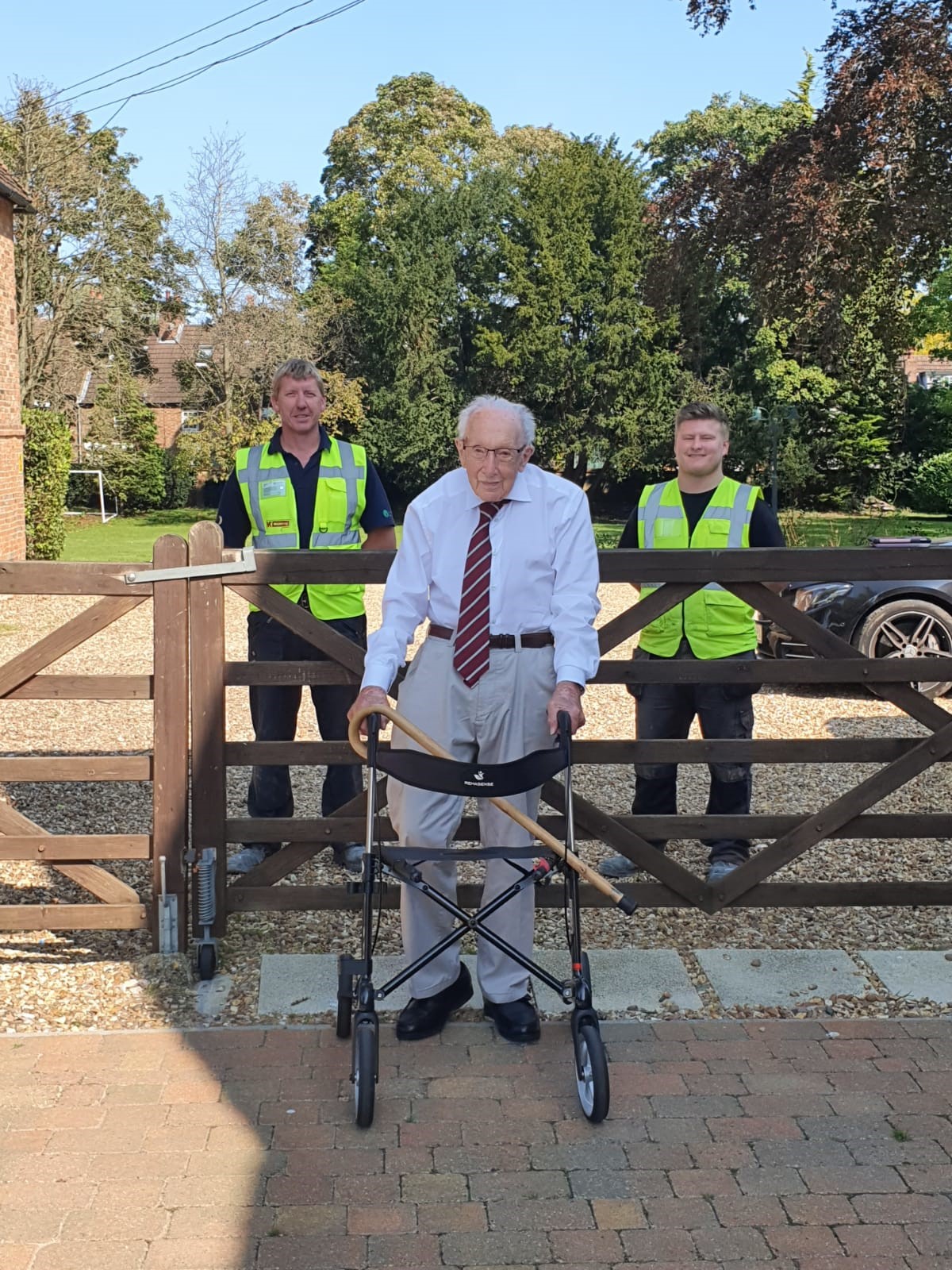 Asked by the BBC to collect some unwanted items from the Bedfordshire home of Captain Sir Tom Moore, Waste King, the environmentally friendly waste collection and recycling services specialist, were delighted to help.

The BBC had been doing some filming at Captain Tom’s home in Marston Moretaine and, originally, asked Waste King to supply a four-yard skip to take the resulting waste. However, when the BBC learned about Waste King’s ‘Man and Van’ service, they decided that this would be the most cost-effective way to dispose of the waste – and it would guarantee that a higher proportion of the waste was recycled more easily.

Glenn Currie, Waste King’s Managing Director, commented, “Our team was delighted to meet Captain Tom and he was happy to personally thank the team for their service.

“It’s not every day that you meet a chart-topping centenarian who’s raised more than £32m for the National Health Service,” he added. “Indeed, now that Captain Tom – via the BBC – has become a Waste King customer, we’re all looking forward to being able to get hold of a copy of his autobiography, ‘Tomorrow Will Be A Good Day’, which is scheduled for publication by Penguin Books on 17th September this year.”

About Captain Tom
Captain Sir Thomas Moore, popularly known as ‘Captain Tom’, is a former British Army officer and centenarian, known for his achievements raising money for charity in the run-up to his 100th birthday during the COVID-19 pandemic. On 6th April 2020, at the age of 99, he began to walk laps of his garden in aid of NHS Charities Together, with the goal of raising £1,000 by his hundredth birthday. In the 24-day course of his fundraising he made many media appearances and attracted over 1.5m individual donations. He featured in a cover version of the song ‘You’ll Never Walk Alone’ sung by Michael Ball, with proceeds going to the same charity. The single topped the UK music charts and made him the oldest person to achieve a UK number one. On the morning of his 100th birthday the total raised by his walk passed £30 million and, by the time the campaign closed at the end of that day, had increased to over £32.79m. His birthday was marked in many ways, including flypasts by the Royal Air Force and the British Army. He received over 150,000 cards and was appointed as honorary colonel of the Army Foundation College. On 17th July 2020, he was invested as a Knight Bachelor at Windsor Castle.