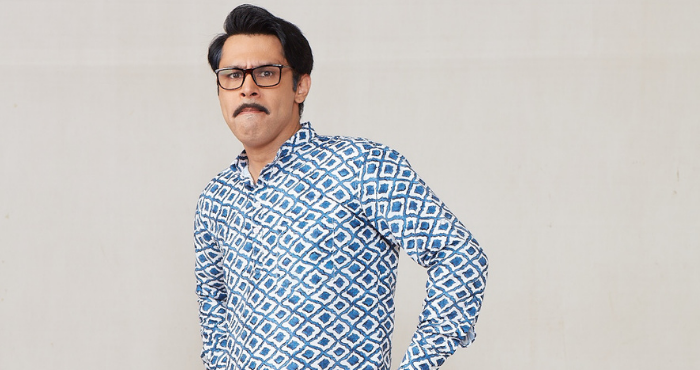 Sony SAB’s slice of life offering Tera Yaar Hoon Main captures the true essence of a father-son relationship. The show has taken the viewers into the lives of the Bansal family members where it highlights a father’s attempt to be his teenage son’s friend. While Rajeev (Ssudeep Sahir) is trying his best to keep up with Rishabh’s (Ansh Sinha) fast paced life, the show also dives into the khatti meethi journey of a joint family. The upcoming episodes of Tera Yaar Hoon Main will tug at viewers’ heartstrings and take them on a roller coaster ride of emotions.
Rishabh is trying all possible means to find his lost phone, desperate to get it back, Rishabh traces his phone and rushes to the location with his cousin Varun (Gautam Ahuja), taking their friend Swapnil’s bike. However, the duo meet with an accident just as they are approaching their destination. On the other hand, sensing his son’s embarrassment, Rajeev buys a new smartphone as a surprise gift for Rishabh.
When the Bansal household learns about Rishabh’s accident, they are fraught with worry and on his return home Rishabh is met by his anxious father. Rajeev scolds him for his carelessness, before enquiring whether he is hurt. Immensely hurt by his father’s insensitive remarks, Rishabh responds that he anticipated Rajeev’s anger and it was the reason he did not come to him with his problem. Rajeev is stunned when Rishabh goes on to say that his friends support and understand him more than his father does and he sees the error of his ways.
How will Rajeev mend his ways after realizing his mistake? Will he be able to build a friendship with his son?
Ssudeep Sahir, essaying the role of Rajeev said, “The episodes further are full of life and emotions. The viewers will witness both Rajeev and Rishabh’s struggle to understand one other. Rajeev is trying his best to be there for his son but somehow situations take a different turn and he is left with no choice but to scold him. The biggest realization for Rajeev emerges from that one statement made by Rishabh that is set to change is outlook towards his method of parenting. The upcoming episodes promises to an emotional roller coaster that our viewers will relate to. Stay tuned to Tera Yaar Hoon Main.”
Ansh Sinha, essaying the role of Rishabh said, “For Rishabh like most of the teenagers, his mobile phone is a daily necessity for him. After losing his phone he gets really anxious, worrying about his father’s reaction and not getting a new smartphone. The episodes further will show Rishabh’s attempts to get his phone back and at the same time, hide this mishap from his father. Things take a rather serious turn when he meets with an accident. The upcoming episode will present two entirely different viewpoints of Rajeev and RIshabh. The episodes are intense, full of emotions and highly relatable. Rishabh musters the courage to express his emotions and calls out Rajeev for always scolding him in any situation. Rishabh is gravely hurt with his father’s words and the real question is, will Rishabh forgive his father and accept his first step towards friendship?”