The Myth of the Full Stack Developer 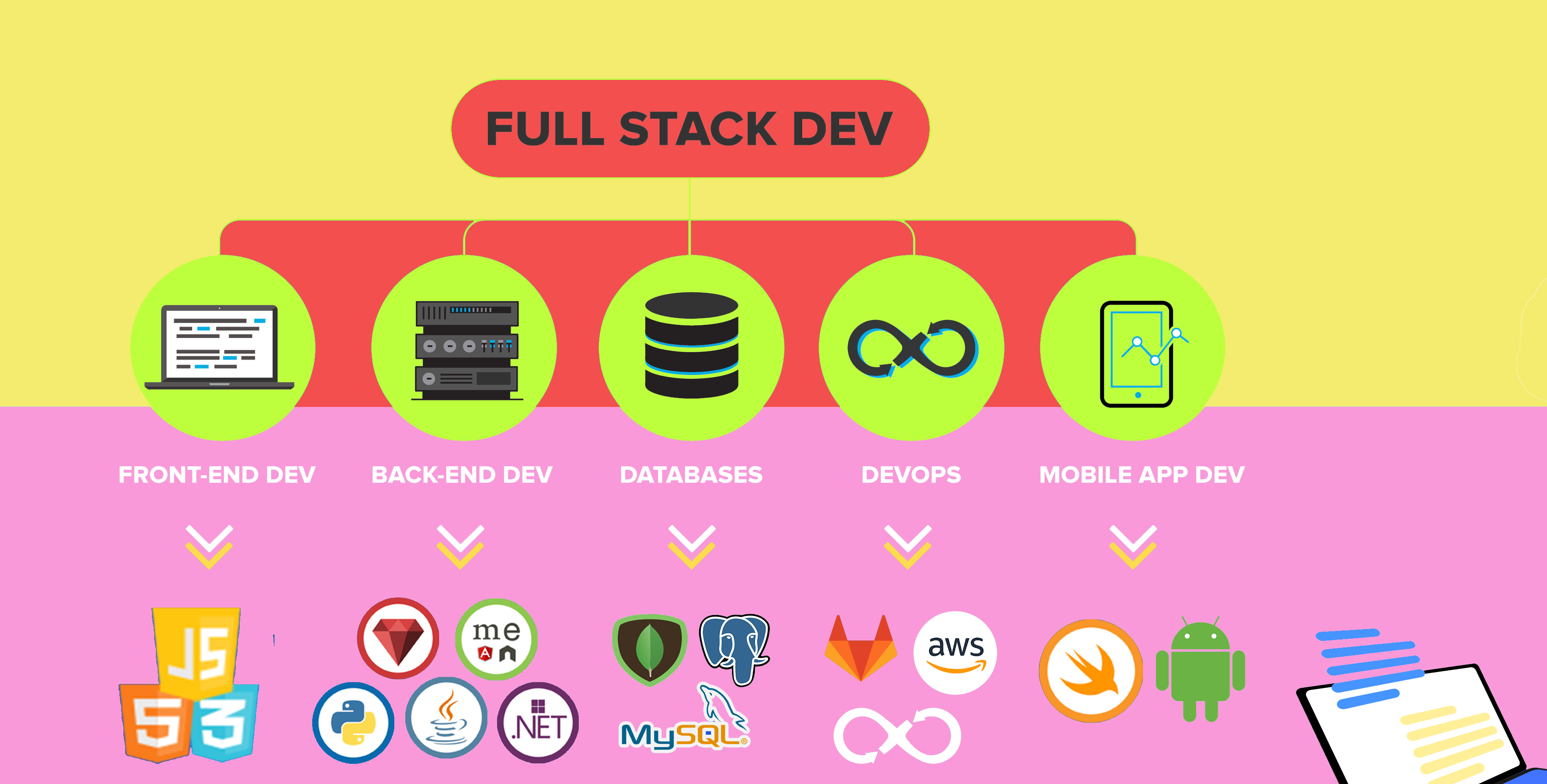 Web development and design has grown as an industry in such a large scale manner that the amount of misinformation related to each of its facets is rampant. Let’s breakdown the myths and look at the facts in a way that’s understandable and comprehensive. The first aspect we need to look into is the definition of full stack web development and what exactly a web developer does as a professional and whether they are of value in startups and other larger IT companies.
Full Stack Development
This is a method of developing Front-end and Back-end elements of an application, and involves the creating and assembling an application through their knowledge of web development. Now you may be wondering what exactly you require to become a Full Stack Web Developer, this question’s answer lies in the knowledge of what exactly front end and back end elements are.
The years 2015 onwards, web development has been growing by leaps and bounds in India as they have realised that it is a highly affordable method of communication, business and industrial development. With companies going global while remaining local, the need for website developers with knowledge of full stack training that has been conveyed to them has increased tremendously. Students are becoming more interested as well as focused on the area of website development as they’re choosing to take up degrees that have a computer science background, with a large amount of emphasis given on programming.
Role of a full stack developer

Their main roles involve the website layout design, user interface and interaction, development of a fully functional server side of web programming and they can also speak the front-end languages that creates the layout of the website. They are expected to have a wide set of tools and understanding of several coding languages, but should specifically be aware of each and every dimension of website development and how it works, that is the setting up and configuration of servers and conversely having a keen eye for website layouts that are well designed and accessible for the user. They are primarily responsible for the smooth transitions between the workings of front-end and back-end developing to create an interactive, immersive and high-quality application. The most important aspect of becoming a Full Stack Web Developer is to choose the correct courses to aid you in your aspirations.
Full stack developers in Startups
As full stack web developers are experts in both front and back end elements of a website, they manage to be multitaskers and are greatly in demand in Startups due to the lesser funds for the employees. Full stack web developers are the Jack of all trades which at times may mean master of none, but that proverbs true ending is always better than master of one. As their expertise is diverse and fits various roles smoothly with no difficulty in transition, full stack web developers are highly sought after in startups and are paid impressive amounts of money as they end up taking the functions and responsibilities of more than one employee. Another myth associated with full stack web development is the lack of specialization making them unable to fully immerse themselves in a particular aspect of work, but this is plainly dependent of the individual candidates’ abilities and the course they were trained under. As several full stack developers do go on to specialise in certain areas of their job and gain respect as experts of the field. The most important factor in web development is the course and training received by the candidates.

Clariwell Global Services offers a course that ensures top notch training, located in Pune, with a course structure that is fully immersive and broken down for the easy understanding of newcomers in the field of app development and gives additional skills to the experience’s web developer. Their tutorial gives in detail all three blocks of becoming a professional Developer in the industry, taking candidates based on their qualifications and focuses on providing quality over quantity with its team of highly trained experts who have expansive knowledge in both front and back end elements, along with giving the candidates exposure to field work by making them a highly sought-after IT professional. This also includes the various soft skills the candidates will be trained in to be effective communicators and enhance their personality development as well.
In our fast paced, technology-based world it has become of utmost importance to have skills that make success achievable and attainable. As this field will only continue to grow and develop over the future it is our choice to decide about whether we should equip ourselves with the necessary skills to advance and improve as IT professionals, this course ensures upward mobility in your professional life and will enable you to become a full-fledged web develope